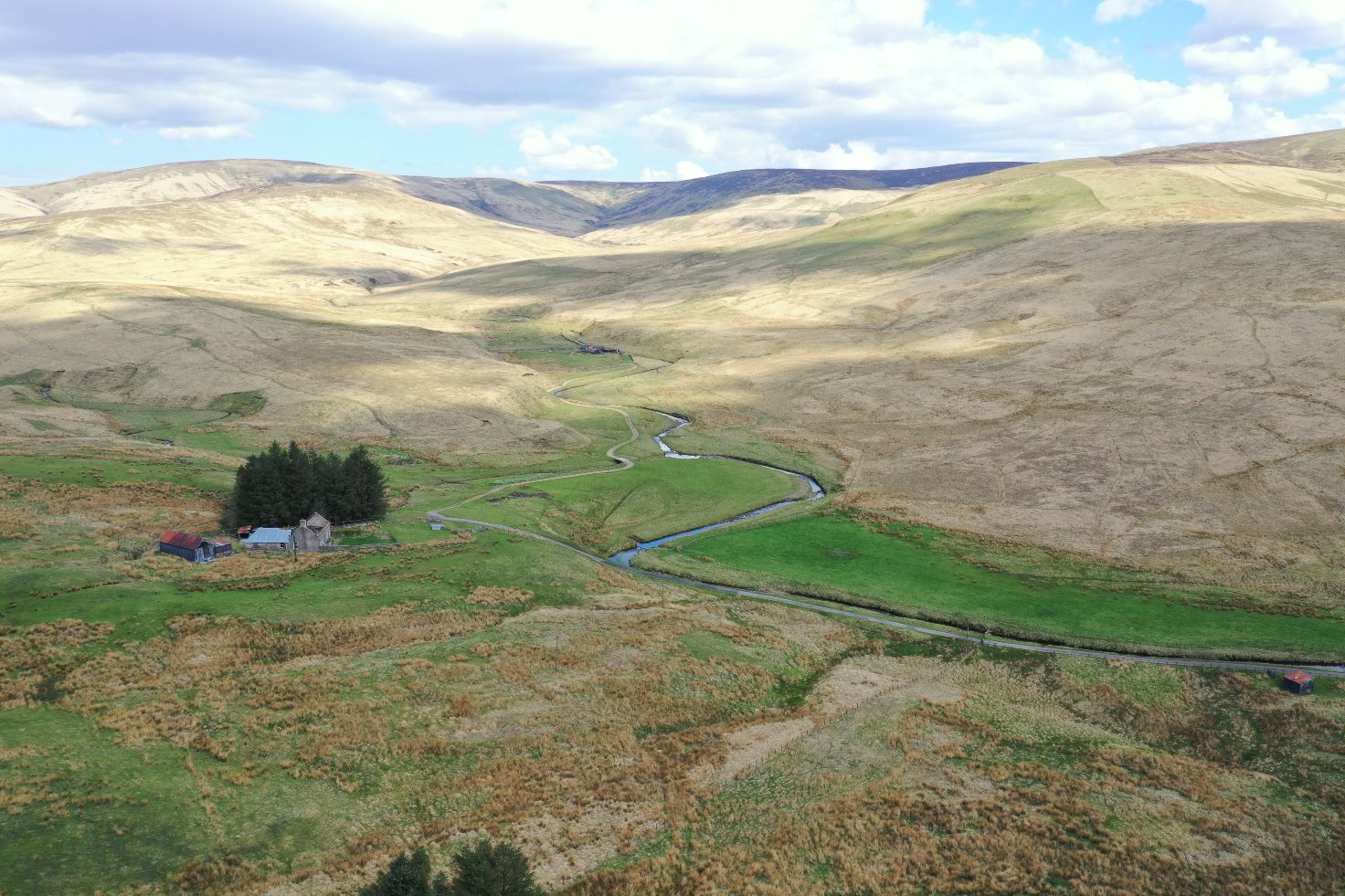 A new nature reserve in the uplands of Dumfries and Galloway has doubled in size with the legal completion of the South of Scotland’s largest community buyout, in what organisers say is a “moment of history and hope” for nature, climate and people.

The landmark agreement of £2.2 million for 5,300 acres was reached between The Langholm Initiative charity and Buccleuch, after a hugely ambitious community fundraising campaign.

With the official transfer of land ownership finalised on 4 November, the Dumfriesshire town of Langholm has achieved its original goal of raising a total of £6m to create a 10,500-acre reserve to tackle the nature and climate crises, and boost community regeneration.

John Hanrahan, chair of the Langholm Initiative, said: “This is a moment of history and hope. It shows how communities can achieve the remarkable when people work together, even when the odds seem impossible. Huge thanks go to the thousands of people who went above and beyond to make this happen, and to Buccleuch for working with us so positively throughout.

“The climate and nature emergencies are one of the biggest long-term threats facing us all, and restoring nature on a large scale is one powerful solution – so we are hugely proud to be playing our part, and we hope our story will inspire other similar projects across Scotland and beyond.”

Benny Higgins, executive chairman of Buccleuch, said: “Since first expressing interest in the area of Langholm Moor which now forms Tarras Valley Nature Reserve, The Langholm Initiative has shown what can be achieved with a strong, forward-looking plan, and has brought the community and those further afield along with them on the journey to accomplishing land ownership.

“For myself and the Buccleuch team, it has been a pleasure to be part of this story, and we look forward, with Tarras Valley Nature Reserve, to what can be achieved by them in the future.”

The buyout’s first stage made global headlines in 2021 after the community successfully raised £3.8m to purchase an initial 5,200 acres and six residential properties from Buccleuch. This led to the creation of the community-owned nature reserve in one of the biggest projects of its kind in the UK.

The additional 5,300 acres now added to the reserve include internationally significant peatlands, the headwaters of the River Tarras, and three properties including a working upland sheep farm.

A community-led plan will shape the next five years of priorities and activities, including community regeneration through a nature-based approach. Langholm was once a thriving textile centre, but the industry has declined in recent years. Six new jobs have already been created on the reserve.

Emerging opportunities include conservation grazing, regenerative farming, woodland and peatland restoration, and a possible field studies centre, alongside increased eco-tourism through hiking trails. A haven will be ensured for wildlife including rare hen harriers, the UK’s most persecuted bird of prey.

The buyout’s second stage was launched in October 2021. A public crowdfunder raised over £242,000, thanks to donations from almost 3,000 people worldwide. An anonymous private donor made a donation of £500,000, and the Scottish Land Fund awarded £1 million.

But success was only confirmed as the 31 July deadline was reached – with confirmation of donations of £300,000 from Alex Gerko, philanthropist and Founder of algorithmic trading firm XTX Markets, £100,000 from Anne Reece of the Reece Foundation, and £50,000 from John Muir Trust.

Buccleuch’s support for the buyout included agreeing a fixed purchase price, and extending purchase deadlines to give the community more time for fundraising.

The Langholm Initiative facilitates projects making a lasting difference to the local area and people.