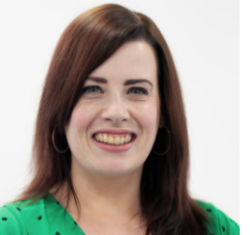 The Scottish Federation of Housing Associations (SFHA) has submitted its response to the Scottish Government’s consultation on its Draft National Planning Framework 4 (NPF4) and called for more alignment between the proposed framework and the government’s Housing to 2040 strategy.

While the federation welcomed the vision and approach to creating better places and communities, the document falls short in explaining in detail how the government intends to both implement and monitor the progress of its proposed policy approaches – as well as invest financially in realising its proposals. SFHA’s research has shown that the cost of building has increased significantly in recent years, and our members continue to experience increasing development costs. In addition, the most recent housebuilding stats showed a concerning drop in completions and approvals in the sector – the Scottish Government must ensure its planning reforms do not exacerbate this, by creating additional duties which local authorities are not adequately resourced to absorb.

Alignment of government policies was identified as a key priority for the incoming Scottish Government last year – and it is good to see the importance of climate change reflected in the draft NPF4, as well as the continued focus on Infrastructure First. What is not seen in the document, however, is an appropriate acknowledgement of the role of housing as a National Infrastructure Priority – or the significant need for more affordable housing in Scotland, as recognised by the Scottish Government itself in Housing to 2040.

We have also echoed concerns from elsewhere in the sector with regards to the 10-year Minimum All-Tenure Housing Land Requirement (MATHLR) numbers. While it is appreciated the numbers presented are a minimum and not a cap, SFHA remains concerned that focusing on a minimum will discourage ambition when it comes to identifying enough land to build the number of affordable homes the Scottish Government has committed to building in the next 10 years.

SFHA is disappointed that there is no reference to land value capture within NPF4, which the Scottish Government stated it was interested in continuing to explore following the removal of amendments relating to this policy in the final Planning Act (Scotland) 2019. We have long called for land value capture to be used as a way to aid affordability and increase rates of build for new, affordable housing.

Committing to a 10-year programme of building 110,000 affordable homes is hugely ambitious, and it is surprising not to see the same level of ambition reflected here. This target will not be realised without the right planning system in place to facilitate the delivery of these homes. We must focus less on a system and more on what its outcome is supposed to be: delivering much-needed, additional, safe, warm, affordable and accessible homes which will allow us to tackle issues of poverty and inequality within the country.

SFHA supports other calls within the sector for more time to be allowed to address some of the issues identified in the document, particularly with regards to alignment with Housing to 2040 and the recent review of the grant investment benchmarks underpinning the Affordable Housing Supply Programme, given the importance of getting NPF4 right in order to enable targets around affordable housebuilding to be met.