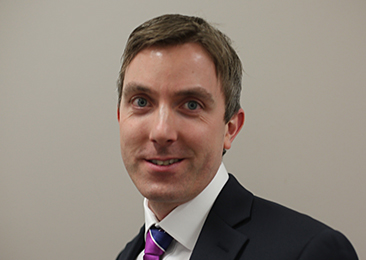 Action taken to restructure loan arrangements has helped Wheatley Group report a “strengthened” balance sheet and will bring benefits for tenants as well as the housing provider’s new-build and investment programmes, according to the group’s director of finance.

In March this year, Wheatley took the opportunity to restructure some of its fixed-rate loan arrangements, moving onto lower variable rate arrangements whilst still maintaining a balance between fixed and variable rates in line with the range specified in its Treasury Management Policy.

Steven Henderson, Wheatley Group’s director of finance, told Scottish Housing News that the move will reduce future interest costs for the RSLs in the group and improve the financial strength of the business plan going forward.

It follows the publication of Wheatley’s Annual Report and Consolidated Financial Statements for the year ended 31 March 2021, in which the group revealed that its balance sheet position improved, with gearing - as measured by net debt as a percentage of asset values – falling from 53% to 50%.

The group generated an operating surplus of £76.7 million, down from £314.8m in 2020 although that figure followed a movement on the valuation of investment properties of £11.6m and a gain of £240.9m on the partnership with DGHP.

The group also reported that despite having to suspend its new build development programme for four months at the start of 2020/21 due to the pandemic, it still managed to produce 413 affordable homes, 329 of which were for social rent and 84 for mid-market rent. Work is also underway on a further 1,186 homes across 24 sites, the report added.

Wheatley’s chair Alastair MacNish, who is due to step down at the group’s AGM this week, said: “Despite the disruption and disorder on a huge scale caused by the pandemic, the group finished the year on track, financially and operationally, completing the vast majority of objectives and targets set out in our 2015-21 strategy.”

He added: “Despite severe financial difficulties faced by many customers, impact on rent arrears was limited. In fact, excellent work and careful planning by management and housing and support staff meant rent arrears at year end remained below 4.5%.”

Steven Henderson, Wheatley Group director of finance, told SHN: “Overall, the results are in line with our expectations and plans. The action taken to restructure our loans will reduce our future interest costs and ensure we keep our rents affordable.

“The total comprehensive income for the year was £77.5m – resulting in us strengthening our balance sheet from £1.140 billion to £1.218bn of net assets.

“In four of the last five years, Wheatley Group has been named as the UK’s biggest builder of social rented homes. We are in a strong position to continue to develop thousands of new social rented homes and invest in our existing properties.”