A UK-wide movement of local charities has collaborated with acclaimed artist and sculptor David Oliveira to place “invisible” wire sculptures of young people in major train stations and shopping centres around the UK.

The End Youth Homelessness (EYH) campaign aims to encourage the public to make the invisible, visible by sharing #NOWYOUSEEME on social media, raising awareness of and supporting their local youth homelessness charity. 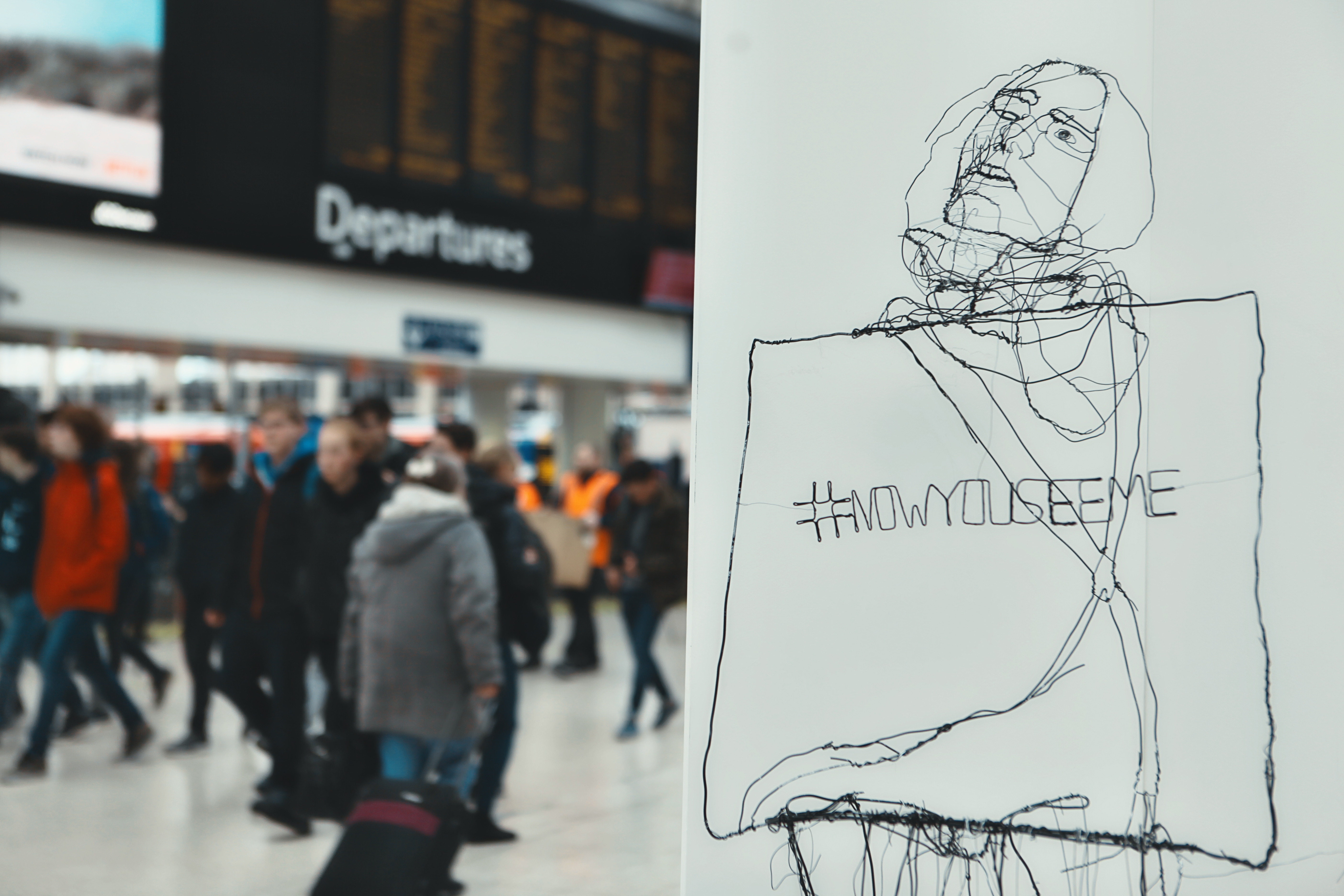 One of the sculptures on show at Waterloo Station

EYH charity the Rock Trust is supporting the campaign in Edinburgh with the sculptures will be in Waverley Station from April 16-18.

In 2018, 103,000 16-25-year-olds asked their local authority for help because they were homeless or at risk. 52% received no documented support. It is this forgotten group that is often forced to ‘sofa-surf’; sleeping on the floors and sofas of friends or acquaintances. Once they exhaust goodwill they often resort to more desperate measures – sleeping on night buses, injuring themselves for a hospital bed, or trying to find a ‘date’ for the night.

“I chose this design solution because of its ability to express vulnerability and invisibility; both of which are important themes for hidden homeless young people. I chose to work with wire because it’s urbane, malleable and strong. The empty spaces between the wire add an ethereal quality and communicate the fact that the body isn’t fully visible.”

Kate Polson, CEO, Rock Trust, said: “While rough sleeping is regularly under the spotlight, the hidden experiences of homeless young people in temporary accommodation and sofa-surfing are rarely in the public eye.

“Conversations need to be had about the long-term impact these experiences are having on young people, their mental and physical wellbeing, and their capacity to move on with their lives. This campaign is a chance to shine the spotlight on this issue.”

Nick Connolly, MD, End Youth Homelessness, added: “Youth homelessness is overlooked and misunderstood. EYH’s Member charities do their best for young people every day but unless society as a whole share this responsibility too many of today’s homeless young people will become the rough sleepers of the future.

“The #NOWYOUSEEME campaign is a wonderful opportunity to remind ourselves of the inspiring capacity of young people to overcome the challenges they face if they receive the right support at the right time.”