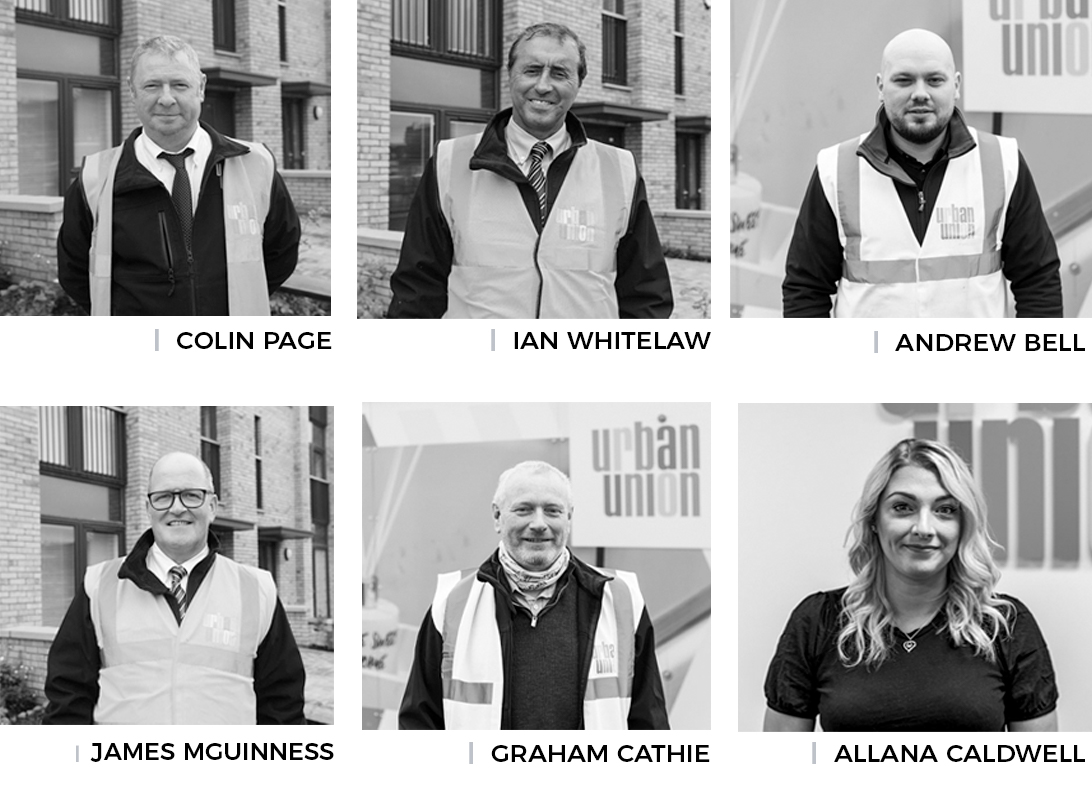 Strengthening the firm’s site management capability, Colin Page joins from Ogilvie to become site manager of the Laurieston Living development and brings with him 25 years of experience.

He is joined at the development by Ian Whitelaw who has taken on the role of assistant site manager. Together they will be managing and monitoring works carried out at Laurieston Living to ensure construction is delivered effectively and efficiently.

Carrying out a similar role at Urban Union’s newest development, Pollokshaws Living, Andrew Bell has taken on the role of site manager. He brings with him 10 years of experience to the Urban Union team.

James McGuinness will be supporting Andrew as assistant site manager at the Pollokshaws development, bringing nearly 40 years of industry experience.

Graham Cathie has taken on the role of timber frame manager after seven years at Robertson Timber Engineering. He is currently working with the development teams at Laurieston and Pollokshaws to manage Urban Union’s in-house timber frame delivery from design to construction.

At Urban Union’s head office, Alanna Caldwell has joined the finance team as assistant accountant. She is assisting Nicola Links following her promotion to management accountant.

Neil McKay, managing director of Urban Union, said: “We’re pleased to end 2020 on a high by welcoming so many new faces to the Urban Union team.

“Each and every one brings with them a variety of skills and experience to their roles, making them fantastic additions to an already strong and cohesive team.”