The ground-breaking £9.8 million project is being delivered by Riverside Scotland and Connect Modular, part of The Wee House Group and will provide 63 much needed affordable homes in Dundonald, South Ayrshire.

With Christmas around the corner, the new residents were presented with a festive bouquet for their front doors and a personalised tree bauble as they look forward to spending their first Christmas in their new home.

Riverside Scotland has made a strong commitment to providing homes for veterans at risk of homelessness at its two newest social housing developments by allocating more than 10% of new homes to support veteran households. At Dundonald 13% (8) of the homes are being allocated specifically to veteran households.

The commitment follows a recent Riverside Scotland-commissioned poll, conducted by Survation, which found that 85% of Scottish people said they were concerned or very concerned about military veterans sleeping rough.

The organisation has a Service Level Agreement in place with Veterans First Point/NHS Ayrshire and Arran to ensure that veterans are fully supported in their tenancies, and in the transition to civilian life after service in the armed forces. Heather Anderson, head of service delivery at Riverside Scotland developed the Agreement with Lindsay Kirkwood, clinical psychologist for Veterans First Point. Ms Anderson commented: “Riverside Scotland recognises the housing and wider needs of many veteran households, and the difficulty many experience in accessing suitable accommodation and support upon discharge from the Forces, and beyond.

“The partnership we have developed with Veteran’s First Point Ayrshire will provide a much needed combination of secure and suitable housing, alongside support to address any mental, physical, emotional, and tenancy related needs for veterans and their families, for as long as it is needed.”

These homes which were handed over to residents on Thursday November 25, will specifically address the housing needs of households who are at risk of homelessness upon discharge from the forces, or who require dedicated support to assist with resettlement.

All properties on the development are built to Housing for Varying Needs Standards, to ensure that they remain flexible and adaptable to meet the changing needs of households over time. This level of provision exceeds the level of capacity provided for veterans in most other housing developments, relative to the size of the build.

Royal Highland Fusiliers veteran Scott Devlin, 31 is delighted to finally have a permanent home after being in and out of temporary accommodation for the past year. He added: “I was brought up in the army. My dad served with the RHF for 25 years and in 2008 when I was aged to join, I signed up straight away. “Unfortunately, my career was cut short when I permanently lost my hearing in one ear and suffered trauma to the other during a live fire exercise in Kenya. Military life was all I had known and returning to civilian life wasn’t easy. I was depressed, my relationship broke down, I was unemployed and found myself homeless. I was in a bad way and my mental health really suffered.

“I found out about Veterans First Point and haven’t looked back. They have helped me get back on my feet and I’m finally in a good place. I am starting an engineering apprenticeship in the New Year and to top it off I’ve eventually got my own house.

“I’ve lived in four temporary homes throughout Ayrshire in the past year – some in such poor conditions that I couldn’t even have my kids to stay. I was over the moon when I found out I had been allocated a brand new modular home in Dundonald. It’s a complete new start for my family and I can’t thank the team at Riverside Scotland enough. I am definitely ending the year on a high note knowing I won’t be spending another Christmas in temporary accommodation.”

Dundonald is the first modular project within the Riverside Group and the Riverside Scotland is proud to be flying the flag to make its housing more sustainable and energy efficient.

One of the driving forces behind opting for a modular build is the environmental benefits that can be achieved by building modular homes over standard built homes. Compared to an equivalent, traditionally built project, up to 67% less energy is required to produce a modular building and construction waste is up to 85% less that on traditional sites. For this development, homes are built in Connect Modular’s manufacturing facility in Cumnock, Ayrshire, within controlled conditions and are made wind and watertight on the same day they are delivered to site. This eliminates the potential for moisture to be trapped in the structure and reduces shrinkage.

The controlled factory environment allows for stringent quality regime and minimal defects. With materials being stored in dry, undercover setting, the risk of damaged materials is reduced significantly.

The combination of a highly insulated building envelope and solar PV panels means huge savings on energy consumption and bills for tenants.

Jennifer Higgins, managing director at Connect Modular, commented: “It’s a momentous occasion handing over the keys for the first five houses in our development with Riverside Scotland, the largest affordable modular housing development in Scotland. Handing over at this time proves the speed and efficiency with which the project is moving, thanks to modular build. A great achievement for all involved, and we look forward to continuing the delivery and handover of these homes in the coming weeks and months.”

Morag Hutchinson, interim managing director at Riverside Scotland, said: “We are really proud to hand over the first homes at Dundonald. It’s exciting to see the first tenants moving into their new homes. We are committed to playing our part in housing veteran families and it’s fantastic that we’ve been able to allocate eight properties to veterans within this development.

“When it comes to building much-needed new homes, we must respond with innovative solutions - modular living has the potential to accelerate build times, improve quality control and deliver enhanced sustainability by reducing waste and increasing energy efficiency. We’ve had so much positive feedback when we’ve shown off the development to our stakeholders and counterparts.

“Developments like Dundonald allow us to tackle the housing crisis at speed and scale as well as helping housing providers like ourselves and local authorities to achieve government targets, not only around housing but around climate change too.

“Ten years ago this year, Irvine Housing Association made a strategic decision to merge with Riverside, a national housing association operating across the UK. With the resources and support available through the Group, Riverside Scotland is delivering exceptional housing developments that really do transform lives.” 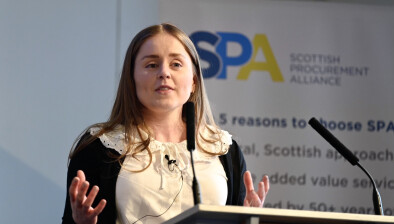 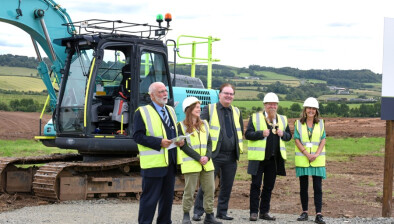 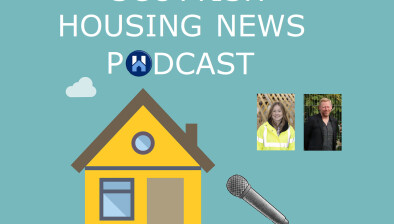 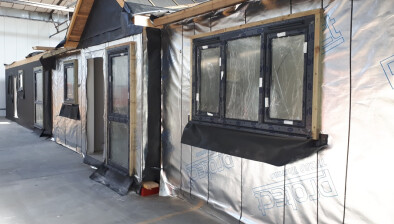