Twenty-one of Scotland’s senior policy-shapers and key building experts, academics, and commentators were welcomed to a roundtable in Edinburgh earlier this year to debate: “What Kind of a Britain are we Building: Scotland?” 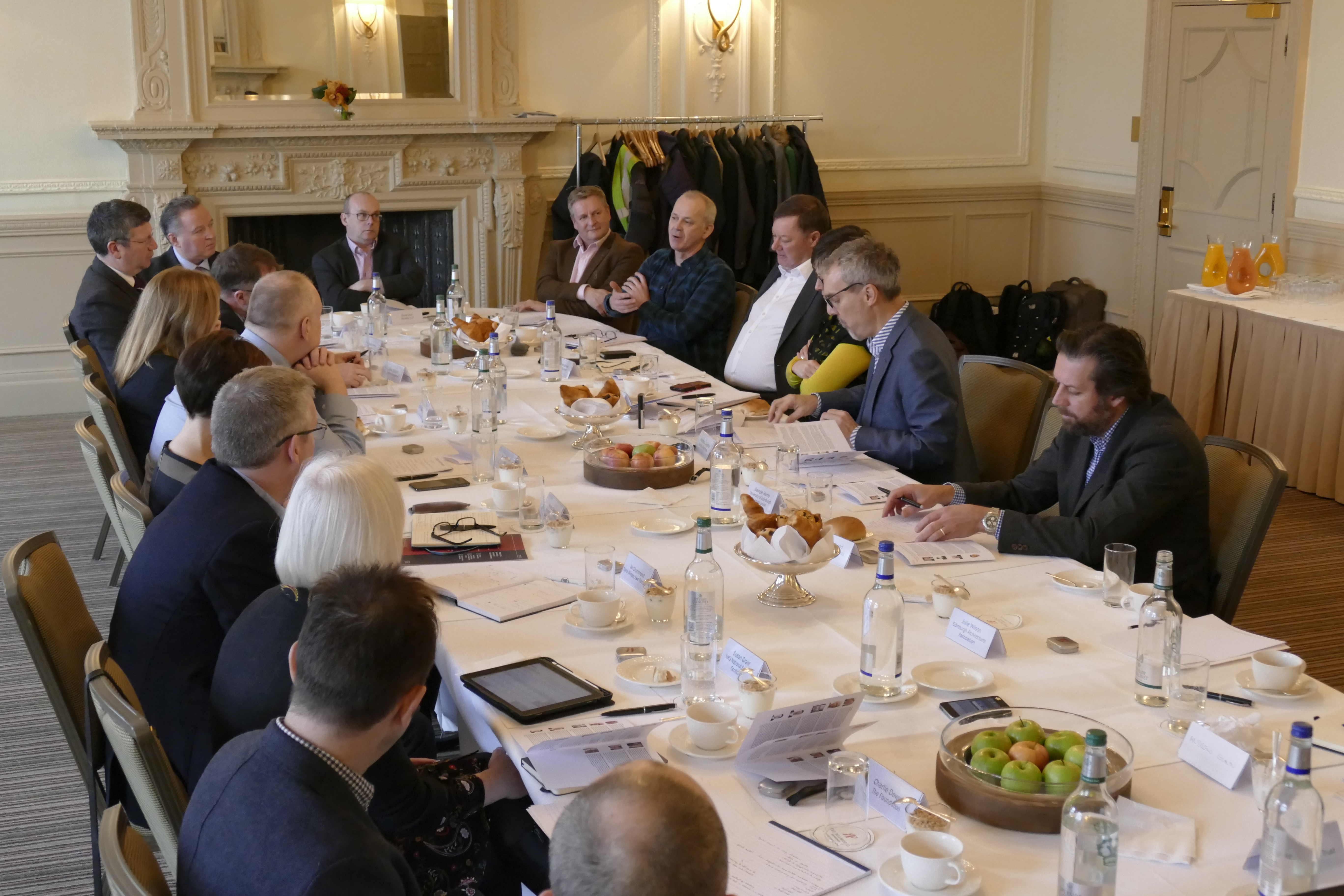 Nicola Barclay, chief executive of Homes for Scotland, and Rohan Bush, head of public partnerships & future workforce at Construction Scotland Innovation Centre, provided opening remarks to contextualise the questions: Are the challenges faced by Scotland’s construction sector, consistent with those across the UK? Are ‘faster and cheaper’ the right priorities for the construction sector in Scotland? How can Scotland engage with UK-wide initiatives such as the Industrial Strategy Challenge Fund?

Tony Cain from the Association of Local Authority Chief Housing Officers (ALACHO), noted: “We often see housing in simplistic terms, which misses the point. Furthermore, we tend to look at housing in terms of new build homes and not the existing stock where most of the activity and effort is; 80% of the homes we will be occupying in 2050 are already built.”

“A long-term vision is necessary, looking beyond political cycles, as far ahead as 2030,” said Nicola Barclay. “Scotland is a small enough country that we should be able to find solutions collectively. Generally, that should be achievable because, of those here today, our views are more similar than they are divergent.”

David Kelly shared Barclay’s contention that a collective approach is critical. He said: “A common theme we heard was there’s an opportunity to do things better, to embrace new methods of delivery. There was a consensus that we need to do things collectively and collaboratively, which is a positive outcome from today.”

Following on, the chair of the debate, Matthew Gwyther, a partner at Jericho Chambers, posed the question to the table on what role the Industrial Strategy Challenge Fund will play in delivering improved productivity in the sector.

Alan Somerville said: “My hope is that it is the platform to allow change to occur by providing the evidence and reassurance for all the various players in the sector that, for instance, modern methods of construction are reliable and risk managed. So that contractors, developers and funders can rely upon MMC for how we construct buildings, approach the topic of productivity and use the work the Transforming Construction Alliance’s Core Innovation Hub is doing as a way of managing the risk that there may be in something that is perceived as new.”

Rohan Bush felt the notion of transforming construction as a key part of the industrial strategy is hugely positive. “What’s incredibly powerful,” she said, “is the joining up of understanding in the role of the public sector and government as a huge procurement channel. How it’s becoming smarter in asking for what it needs so that the private sector can deliver what’s expected. it creates an incredible platform for shared investment, shared goal and shared vision.”

A sustainable approach to meet the industry’s challenges was believed by everyone to be critical – although, it was noted, the definition of sustainability varies widely from person to person.

For Nicola Barclay, sustainability is seen in terms of carbon reduction targets, and the longevity of the industry. “In terms of carbon and energy efficiency, we need to look at existing housing stock to provide options to retrofit and provide funding in order to help meet out carbon reduction targets,” she said. “With regard to the longevity of the industry, we need to position it as having growth potential to encourage children and their parents to see it as the well remunerated sector it is, and it in a positive light.”

Alan Somerville provided an understanding of sustainability in a real estate context. “It means buildings that perform at an optimal level using as few resources as possible, and that are optimised for the people who work or live in the buildings,” he said. “Some say wellbeing is the new sustainability: at its heart all it means is more and more understanding of how buildings perform, more data and more ability to influence the outcome of a building’s design, construction and operation to be the best it can be.”

“BRE is the glue in all of the elements. It provides the robust, independent evidence and benchmarking for what good looks like. So, people can rely upon the services BRE provides as evidence either of performance or their proposal.”

Stuart Dorward, partner & Scottish head at Cushman and Wakefield, noted: “Sustainability is now part of the fabric [literally and metaphorically].We are starting to see signs of differentiation between buildings, for example, less and better performance criteria both directly and indirectly. Direct includes, conservation of energy reduced fuel bills, and lessened operational costs; indirectly, accreditation and certification for a building that is better than the one next door adds a premium.”

Niall Trafford concluded the roundtable by outlining how he sees BRE’s role in the built environment. “Increasingly, I think it’s essential that BRE puts itself at the heart of construction whereby the industry relies on BRE and its expertise for all the things it wants and needs. So, for example, when it requires trusted data to measure performance of its commercial buildings, the first thing it thinks is using BRE’s BREEAM products. When it thinks about the training people need to do their jobs it comes to BRE for the skills agenda. When people want to be safe and secure in their buildings, they think about the certification products and tools that BRE has to do that.”

BRE’s mission is to improve the built environment through research and knowledge generation. The global organisation, headquartered in Watford and with offices in Scotland and Wales, is hosting a series of invitation-only influencer roundtables around the UK. The roundtable, held in Edinburgh in January, was the second in the series.

A podcast and summary of the roundtable can be found here.