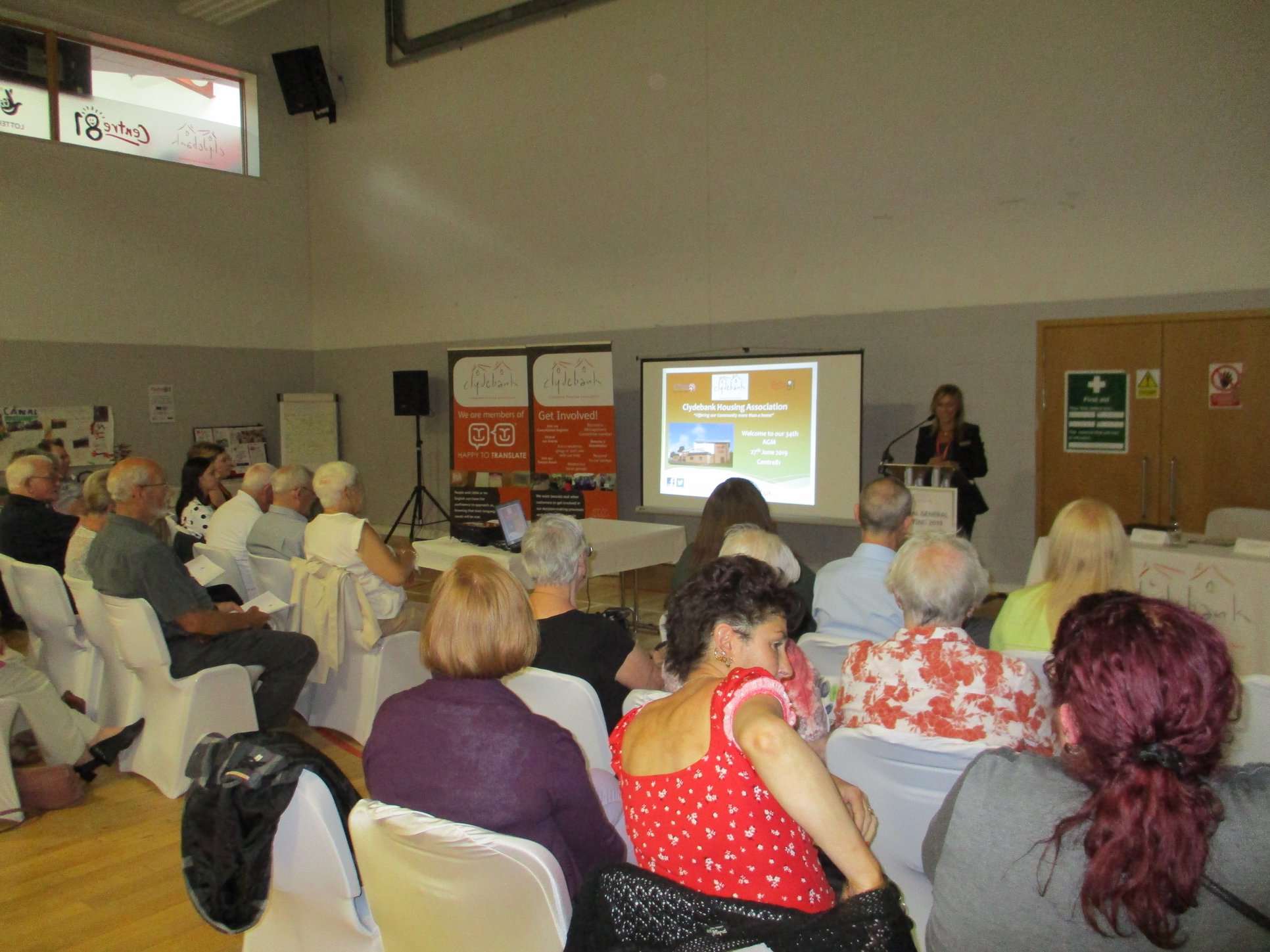 One in five CHA shareholders attended the AGM and social event at Centre81 in Whitecrook, its fantastic regeneration and community centre which celebrated its 10th anniversary last year.

The 28 delegates heard from chairperson Kimberley Tennant as to what CHA had achieved during the year and its plans for the future in terms of new build development and addressing the key risks of the organisation.

Mrs Tennant told shareholders: “What is most important to us is continuing to achieve high standards of service delivery and high levels of tenant satisfaction throughout. We will do this by continuing to involve our customers in shaping our services and in our decision-making processes. Our customers will be our priority.”

She also acknowledged the hard work of her fellow committee members who carried out their voluntary role diligently and with dedication.

CHA was delighted and grateful to have the continuing support from many of their contractors and suppliers who sponsored the event.