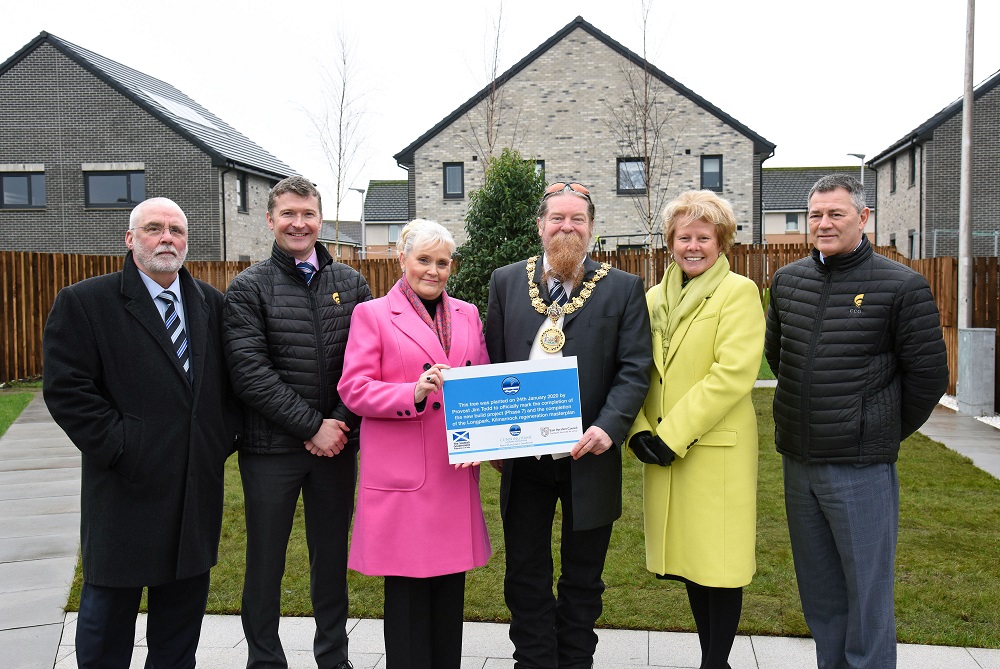 Located on a former brownfield site just off Campbeltown Drive, Longpark Phase 7 consists of 48 two, three and four-bedroom homes for rent that includes a mix of cottage flats and houses with 12 amenity units specially designed for the elderly and two that are fully adapted for wheelchair users.

Complementary to private garden space, a series of communal amenity areas have been integrated within the masterplan (alongside a central ‘garden’ space exclusively used by the amenity housing block) in order to promote community integration.

The £6.3 million project was delivered in partnership with Glasgow-based contractor CCG (Scotland) Ltd and was supported by housing association grant funding from the Scottish Government.

CCG managing director, David Wylie, added: “Longpark Phase 7 is a welcome addition to the affordable housing supply in Kilmarnock and we thank Cunninghame Housing Association and our partners for their continued support throughout the project programme.

“Working with the Association and East Ayrshire Council, this development will be one of three completed in the town this year, creating a total of 171 energy efficient homes, as well as a range of community-based initiatives that includes the provision of jobs, apprenticeships and investment; Longpark itself helped to deliver 2 trade apprenticeships, 2 work placements and a £500 donation toward locally-based projects.

“CCG look forward to bringing more quality, energy efficient homes to the region of East Ayrshire over the coming years.”