Architecture practice 7N has revealed its full vision for a mixed use neighbourhood of more than 900 new homes at Western Harbour on Edinburgh’s waterfront.

To be delivered in collaboration with Forth Ports Ltd and Rettie and Co, the development will deliver 938 homes within a mixed use neighbourhood which will include shops, commercial space, a health centre, a new primary school which is being brought forward separately by the City of Edinburgh Council, and one of the largest new parks in the city for over a hundred years. 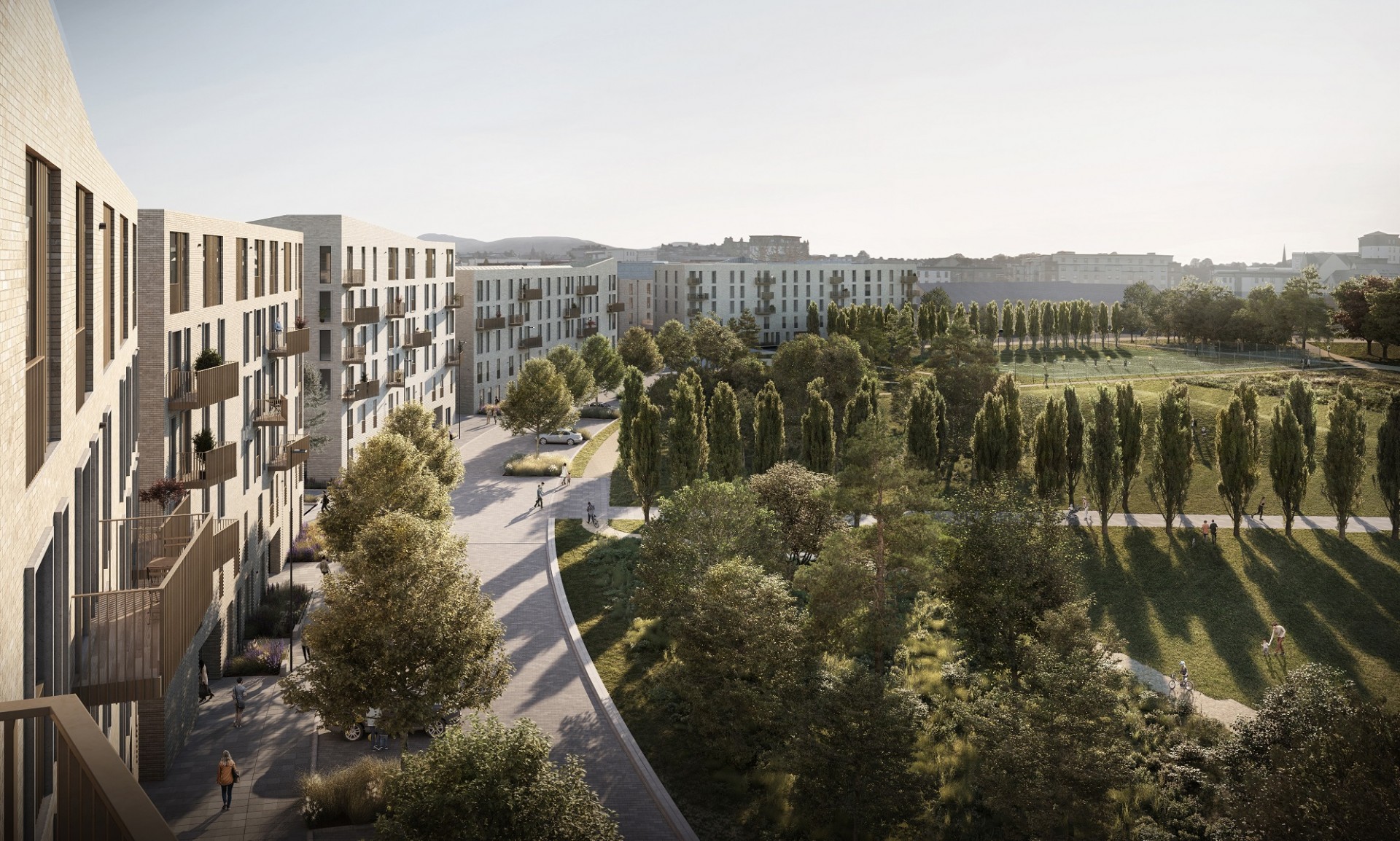 Following the approval of the Revised Design Framework in October 2018, 7N said the proposals will realise the next stage of the wider Western Harbour masterplan to transform empty, reclaimed, land in the Port of Leith into a new waterfront community.

The practice worked in tandem with landscape architects Rankin Fraser to design a new neighbourhood that focuses on the public realm and the spaces between the buildings, encouraging people to inhabit and activate their environment. 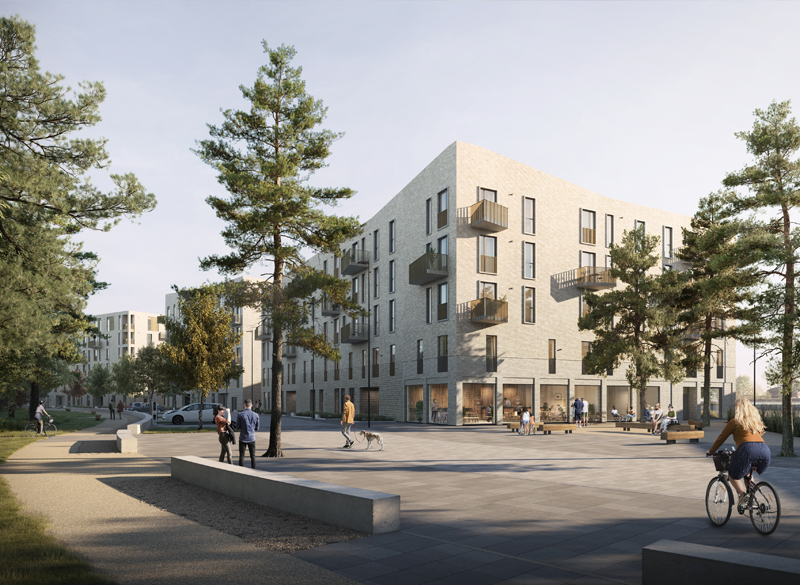 7N Architects stated: “The streets, spaces and buildings are designed to prioritise people over vehicles and to have a discernible character, within the coherent context of the wider neighbourhood, in order to cultivate variety, identity and legibility. A varied palette of robust materials references the historic waterfront buildings and the site’s direct relationship with the Port of Leith.

“The new park, designed by Rankin Fraser, will form the heart of the new community offering play space, large open meadows, varied woodland, a community growing space and an outdoor classroom for the adjacent primary school.” 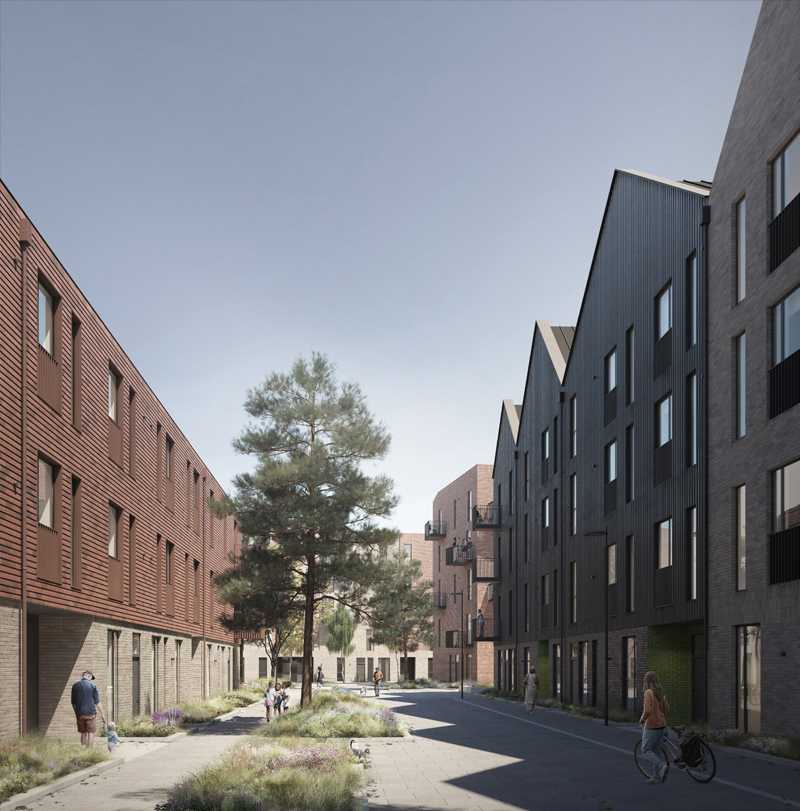 Ben Watson, project leader at 7N Architects, added: “Western Harbour presents an unprecedented opportunity to create a new neighbourhood in our historic city that can begin to address Edinburgh’s housing needs and can act as a catalyst for the wider regeneration of the city’s waterfront.” 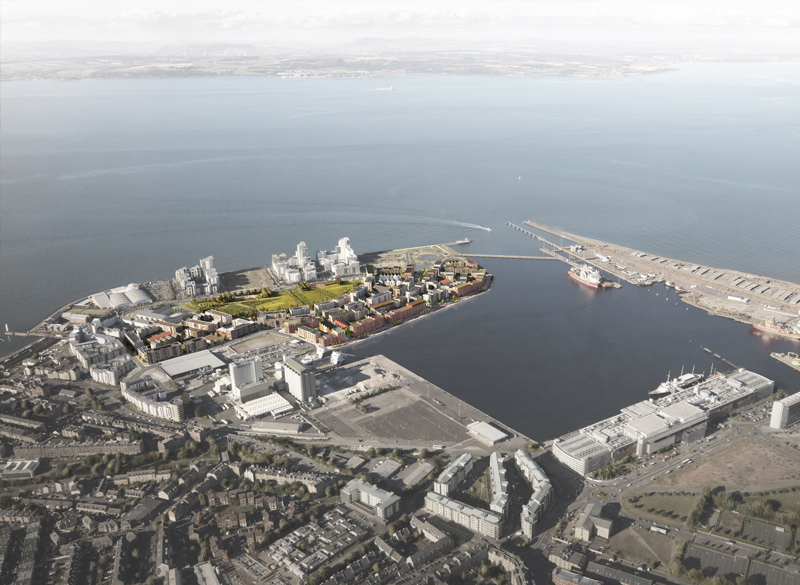 Construction should commence on site by the end of the year, pending approval.