A three-year pilot Housing First project that aims to provide safe, secure homes for more than 400 people who are homeless or at the risk of being homeless has been launched in Greater Manchester. 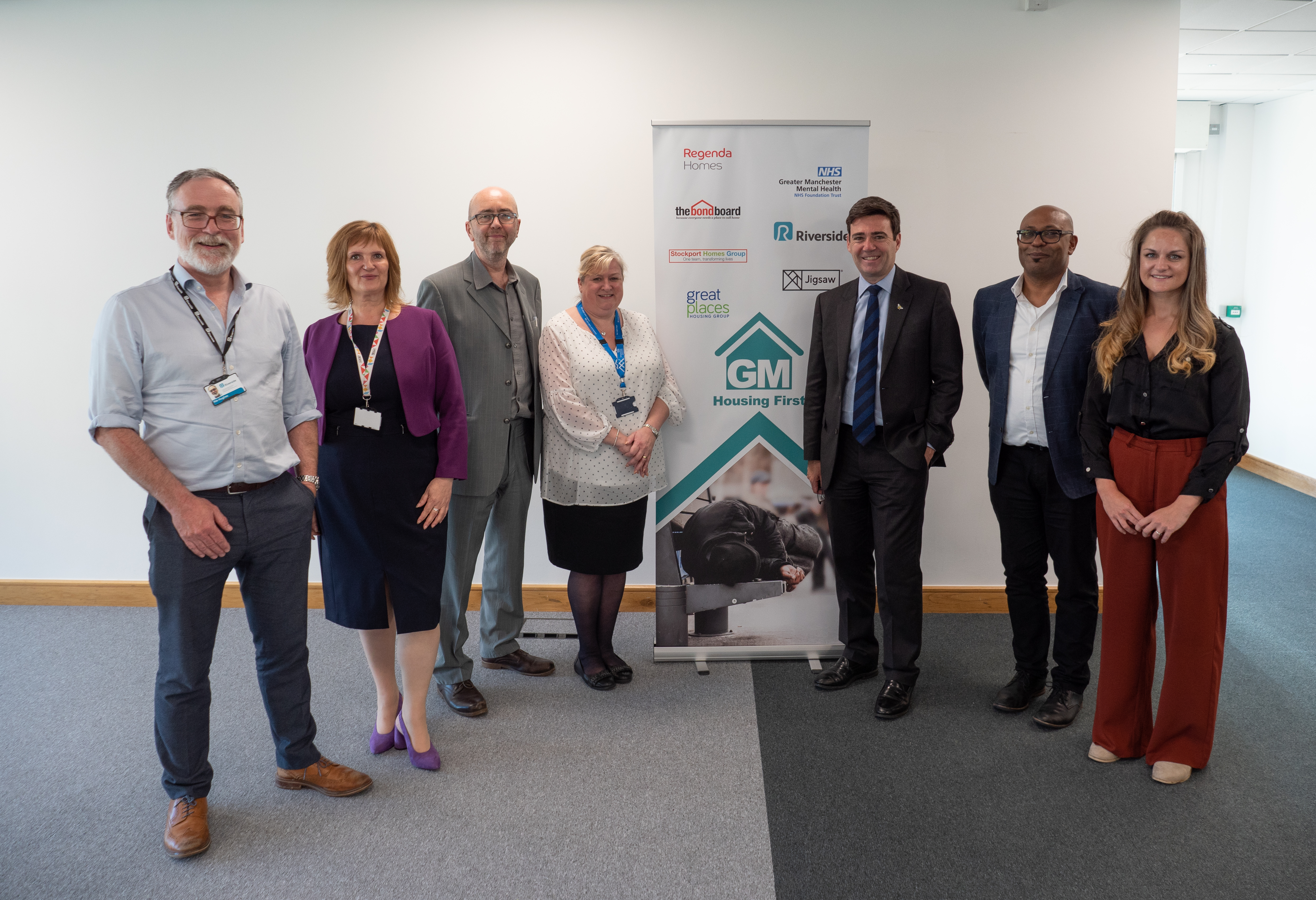 The event saw over 90 people from a variety of sectors pack out the events wing at Great Places head office in Didsbury, and be welcomed by Great Places chair Tony Davison, hear vivid accounts from people with lived experience, watch short films about the project and hear the three guest speakers, and others, speak enthusiastically about Housing First in the region.

Mayor Burnham said: “Change can come quickly. Housing First can come and offer something to everybody and provide a comprehensive solution. If you cannot put a roof over someone’s head – what can you do? How can we be a passionate place if we accept this? For some people to excel in life does not mean that other people have to sleep in doorways. No-one is more important than anyone else – we’ve got to live that, be the heart of that and put it at the centre of our work.

“I am excited by Great Places and partners and what they are now doing with GMHF. We have asked for the freedom to do things differently and this is about completely turning things around. Treating people as equals and putting in the support that people need. We start from here. GMHF has got off to a brilliant start: let’s keep it that way.

He told guests: “This is an amazing day to be part of. It’s great to be with you and I will be here every step of the way. I am in this for the long haul.”

Mr Burnham closed the event, after guests had earlier heard from Dr Tsemberis who founded Housing First in 1992.

He told guests: “I have been over here for a couple of days, learning about the initiative and meeting some of the people who are providing the service. I congratulate you on the conceptualisation and implementation of this. It is an incredible project.

“Housing First was developed by talking on an equal level with people that were homeless: they were co-architects of this. It’s why this programme works and it fully deserves to be credited to the input of the people that were homeless and had mental illness or addiction and for a long time had been left out of the system of care that required them to demonstrate that they were sane and sober before they could get into housing.

“There is a practical and fundamental wisdom to their input.”

He added: “The change starts with us. You can do it. You can exceed the numbers. I wish you all the best and great success.”

City Mayor of Salford Paul Dennett had been the first to speak and he told guests: “Thank you to everyone who has made this happen. It is important that we deliver on the ambition around Housing First. It is morally and ethically wrong that we are the 5th richest country in the world and there should be people sleeping on the streets. Nobody should not have a roof over their heads and that, ultimately, is what this is all about.

“Housing First is the best antidote to rough sleeping and poverty and is the start of the process of getting people back on the ladders of individual and economic prosperity.”

GMHF programme lead Emily Cole said: “GMHF will deliver Housing First on a scale never seen before in England. All partners are excited to be involved in such an innovative project and it was heartening to see so many people at the event listening to some really prominent speakers.

“The speeches made by people with lived experience were really inspirational and we are committed to continue to put them at the heart of this pilot development as they are the experts.

“Sam said the change starts with us and we are all ready to make that change and do things differently, we are at the start of an incredible journey and are so excited to start delivering this ground breaking pilot.”