Build-to-rent (BTR) developer and operator Moda Living has secured planning permission for the final phase of its £215 million Springside development in Edinburgh. 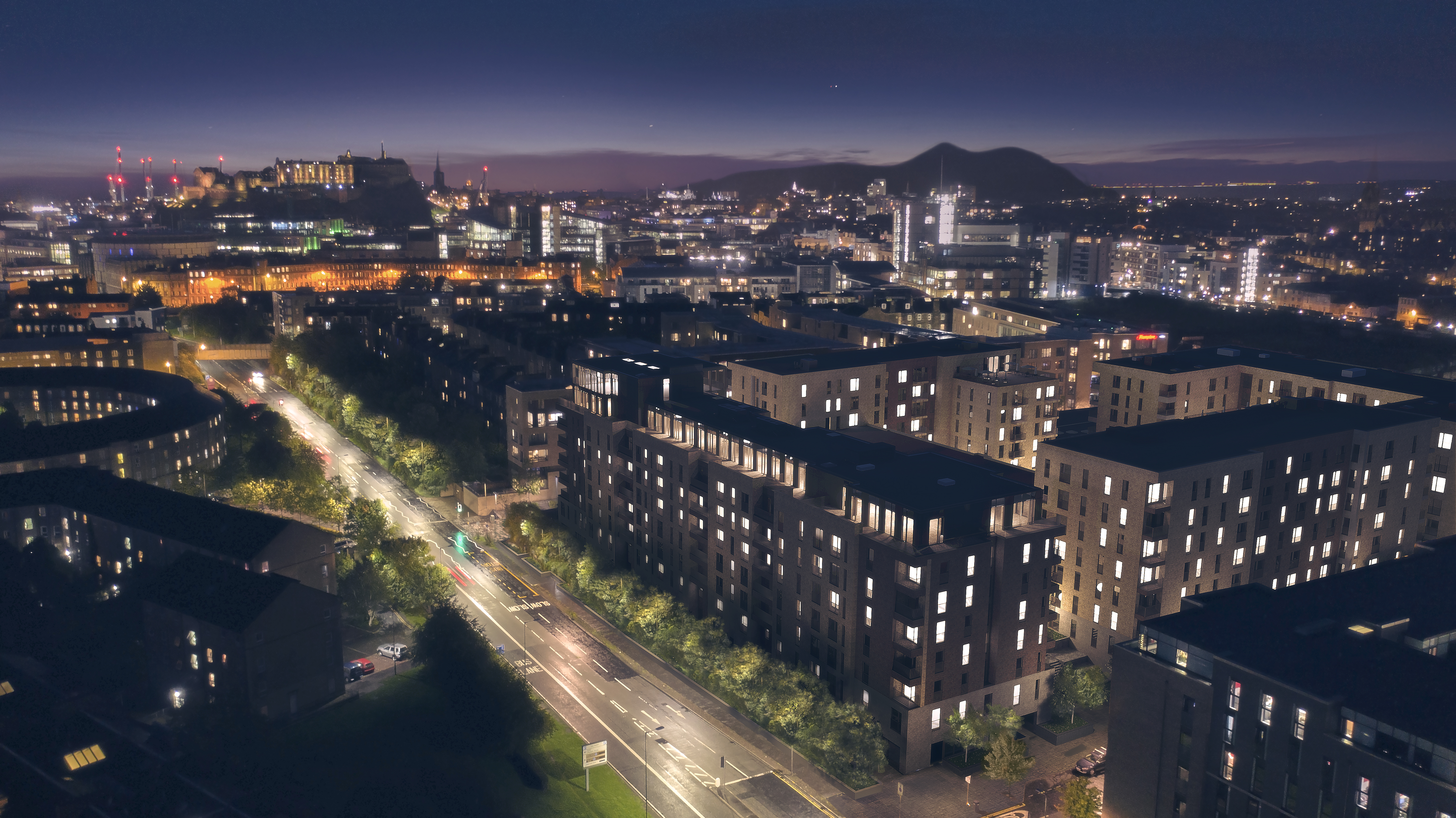 Block E, a six-storey building that will overlook Dundee Street and Drysdale Road, will include 139 apartments designed by CDA exclusively for rent, ranging from studios to three-beds in size with ground floor amenity space including a lounge and co-working space.

In total, Springside will provide 476 homes with 13,000 sq. ft. of internal amenities, including communal lounges, health and wellbeing facilities plus roof terraces and a private dining room with unique views of Edinburgh Castle, as well as fully managed communal gardens.

Springside will also include 15,000 sq. ft. of ground-floor retail and leisure space, which will be centered around the new landscaped public squares, creating a build-to-rent ‘urban village’ right in the heart of Edinburgh with a yearlong calendar of events and activities for both residents and the wider public to enjoy.

Future Springside residents will benefit from a tech-enabled, hotel-style approach to service, with around-the-clock on-site concierge and bespoke MyModa app allowing Moda customers to do everything from quickly report faults to organising events with fellow residents. 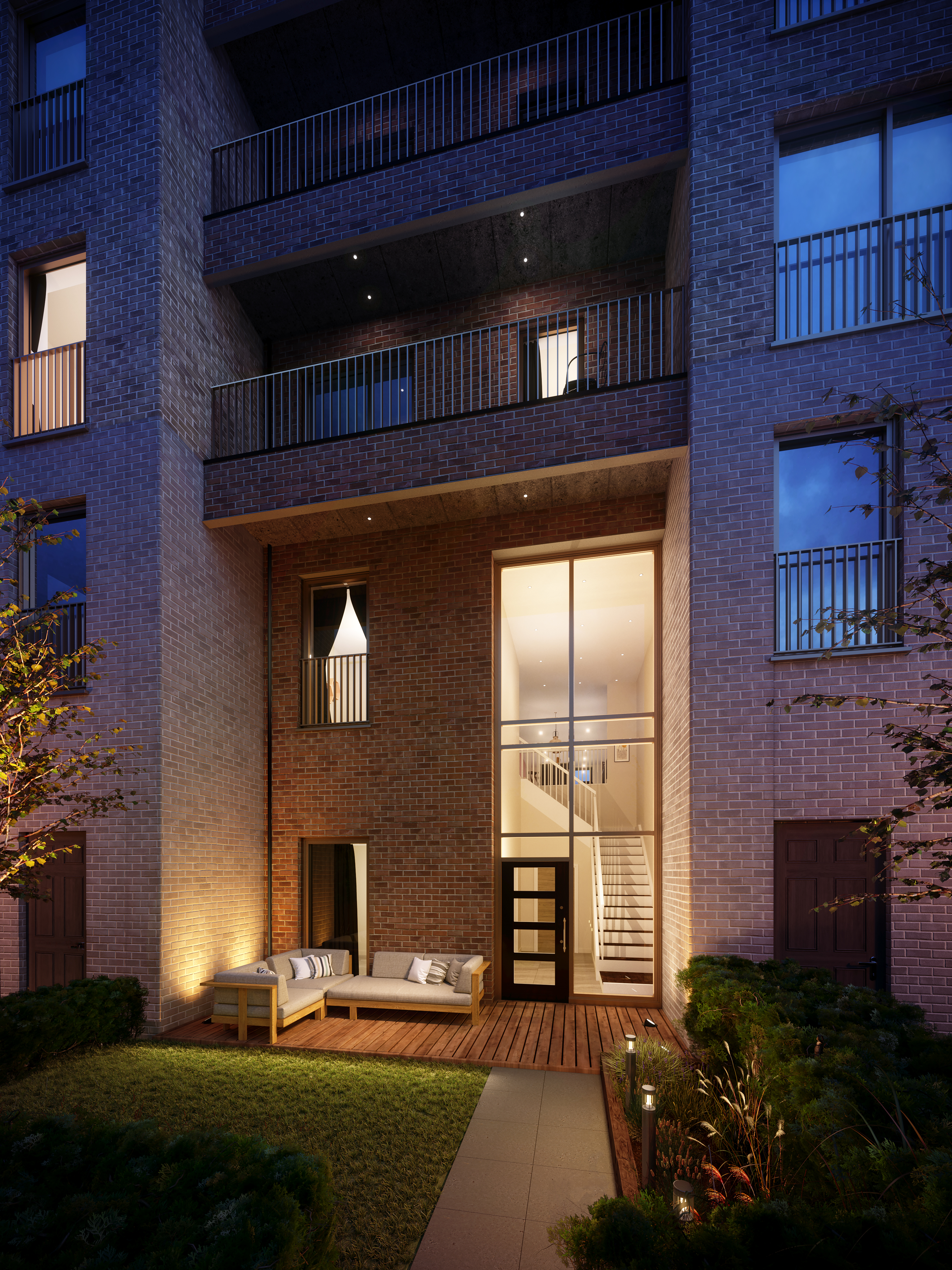 Moda and joint venture partner Apache Capital purchased the Springside site, which included 48 existing homes, in March 2017 from property company Grosvenor Great Britain and Ireland. The deal marked one of the largest Scottish property transactions since the Brexit referendum, helping kick-start the local BTR sector. Grosvenor had specifically chosen the JV for its build-to-rent expertise.

Together, Moda and Apache Capital have a £2 billion development pipeline of over 7,500 city centre rental apartments. There are currently three JV sites under construction in England: The Lexington in Liverpool, The Mercian in Birmingham, and New York Square in Leeds. Moda recently welcomed residents to its flagship development Angel Gardens, a 35-storey tower in Manchester city centre next door to Amazon’s new HQ.

Moda aims to be on-site at Springside by the start of next year, creating up to 400 jobs during construction as well as up to 20 full-time staff from the on-site Moda management team and new retail premises. 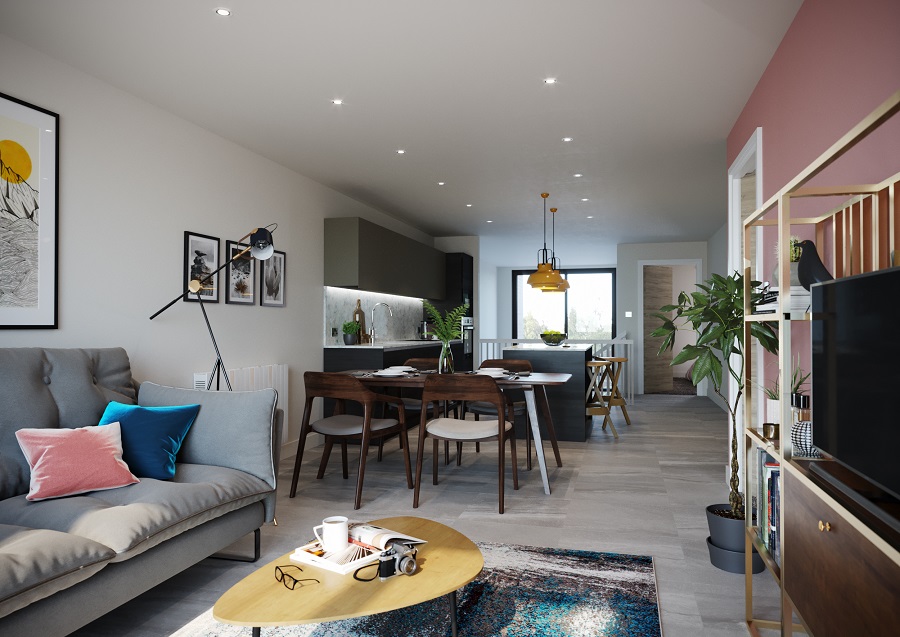 Springside is Moda and Apache Capital’s second scheme in Scotland, with the JV having purchased the former Strathclyde Police headquarters in Glasgow in October 2016. The £122m development will see the complex transformed into 433 rental apartments coupled with generous on-site amenity areas and new commercial space. Demolition works are currently underway, with start on-site due early next year as well.

Tony Brooks, co-founder and managing director at Moda Living, said: “Our mission is to create happy, healthy and connected communities and raise the bar for renting each city we’re in and planning approval for the last phase of Springside brings us one step closer to changing how people rent in Edinburgh.

“We are committed to delivering this landmark scheme despite the current political climate as it provides much needed high-quality rental homes that will help support the city’s long-term growth and further encourage employment and student retention.”

Richard Jackson, co-founder and managing director at Apache Capital Partners, said: “Planning permission for the final phase of Springside builds on a year of progress with our build-to-rent pipeline with Moda and will allow us to deliver much needed high-quality rental housing in Edinburgh close to the city centre on a key regeneration site.

“Edinburgh is consistently ranked one of the most livable and attractive cities in the UK thanks to its world-class university, vibrant economy and historic setting and Springside will help meet a pressing housing need while also contributing to the city’s future built heritage.”