Hillcrest Homes’ £20.5 million redevelopment of Dundee’s Ellengowan Drive has reached another landmark with internal striping almost complete, making way for the first phase of houses to be fully removed to make way for the new homes. 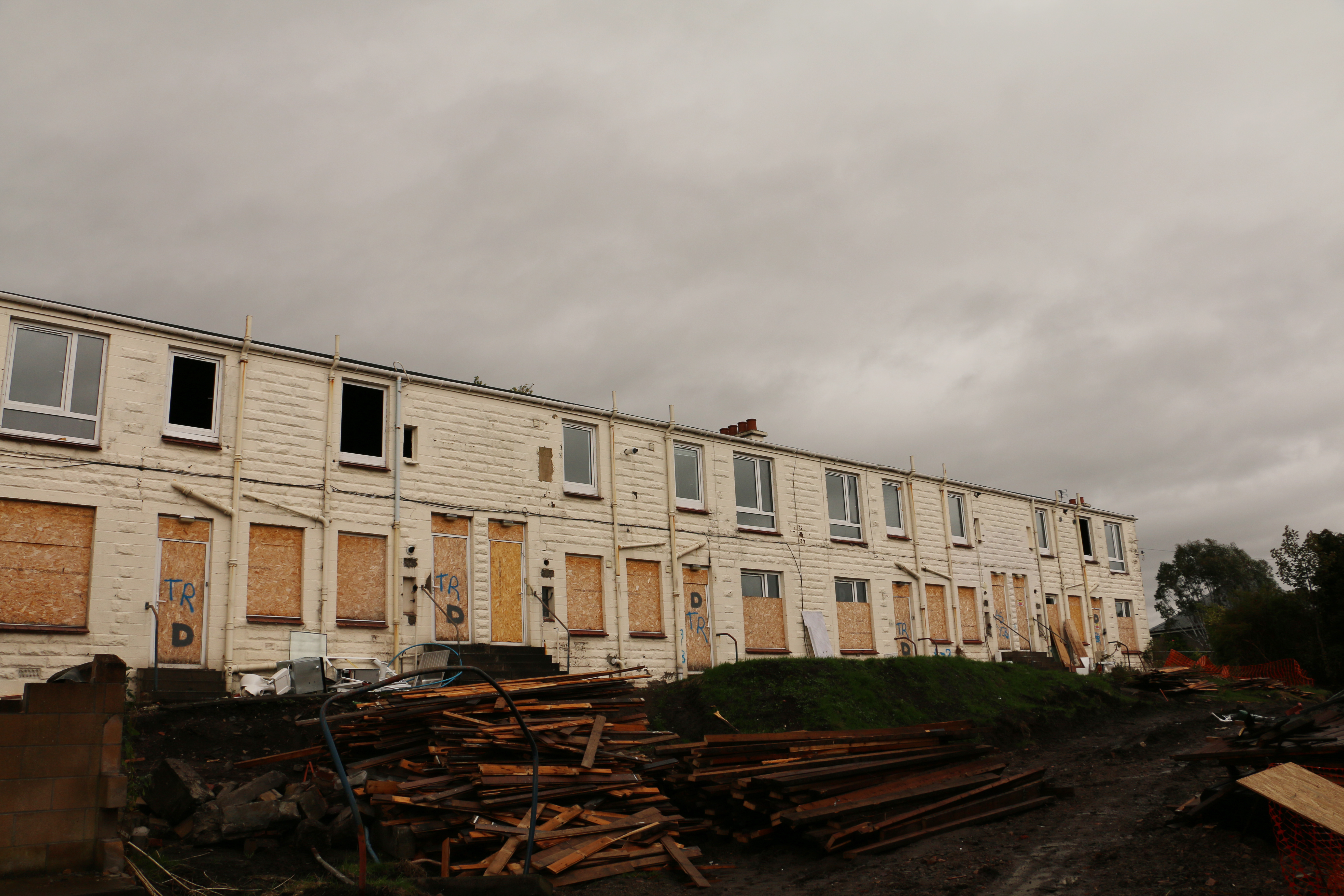 With the internal works on the properties almost complete, the external work to completely remove the former cottage flats is set to begin as early as the next few weeks.

Heavy plant machinery is on-site and the lock-up garages, which were previously allocated to the residents of the properties have already been removed.

The Kiosk, a small corner shop that has served the residents of Ellengowan for many years has also received special consideration throughout the plans, being provided with new cabin premises while the work is undertaken.

The redevelopment is being undertaken in two main phases. The first phase involves the removal of the houses at top of the site, adjacent to Baxter Park and the construction of new homes, before the project moves onto the second phase at the bottom of Ellengowan Drive.

The first new homes, expected to be delivered by Campion Homes in the first half of 2021, will be a mixture of modern apartment and houses.

The whole redevelopment project is anticipated to be completed in 2025. 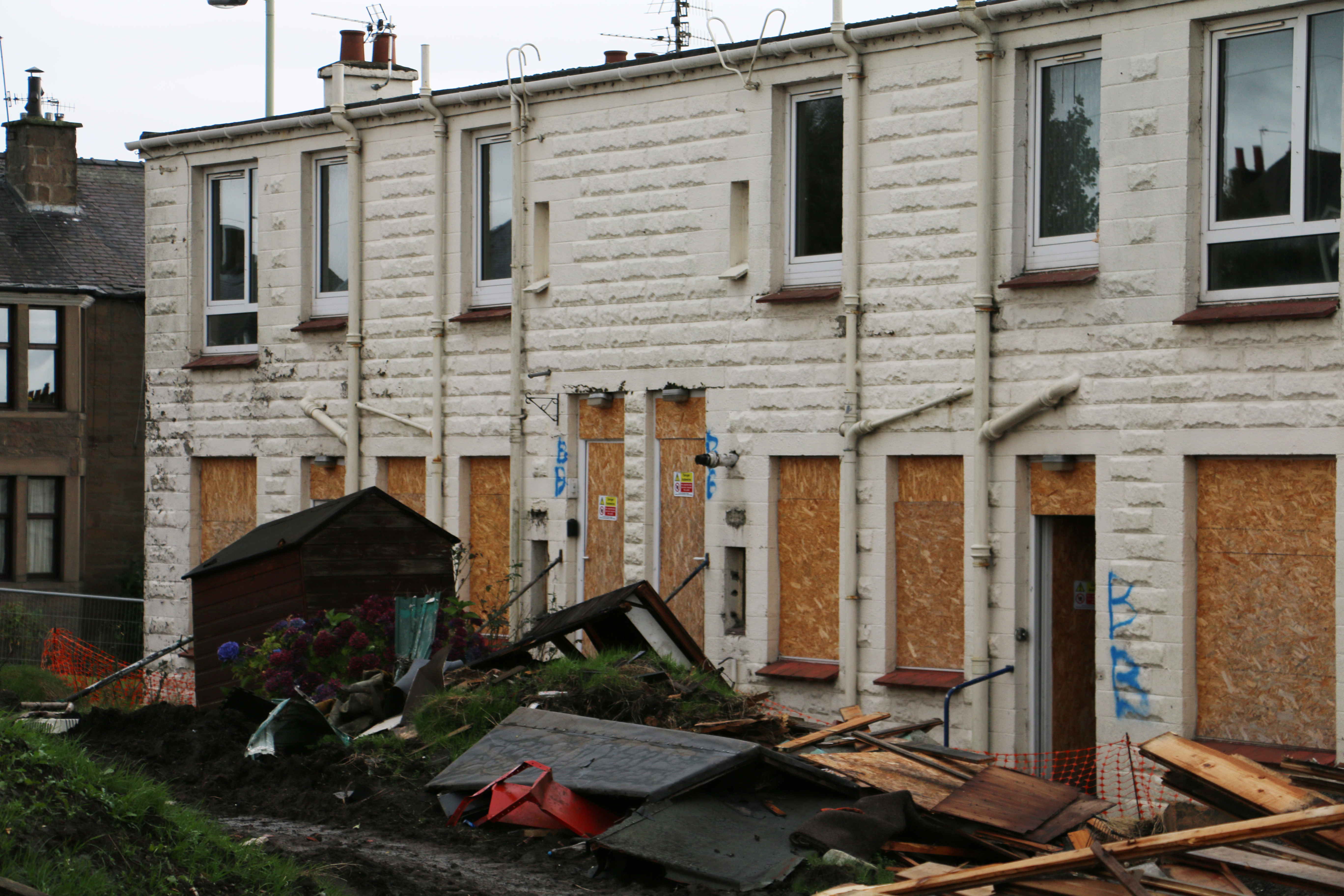 The 128 Ellengowan cottage flats were originally constructed in the 1920s as a temporary solution to housing shortages between the wars. The lifespan of the properties was only intended to be 25 years and offered limited insulation, however nearly 100 years later they were still in use.

With the former one-up-one-down cottage flats further showing their age and falling short on quality and energy efficiency, the huge redevelopment project will update Ellengowan with new-build energy-efficient homes, and brand-new landscaping and layout. All Ellengowan tenants who wished to remain will be offered a new home within the regenerated development.

Hillcrest Homes director of development, David Zwirlein, said: “The properties at Ellengowan have long outlived their intended lifespan, and with them becoming increasingly difficult to maintain, and with poor energy efficiency, the decision was taken to redevelop the site.

“Since the demolition work started, the project has been progressing well and we’re already looking to move into the next phase of the works, which will be removing the external former housing structures and clearing the site.” 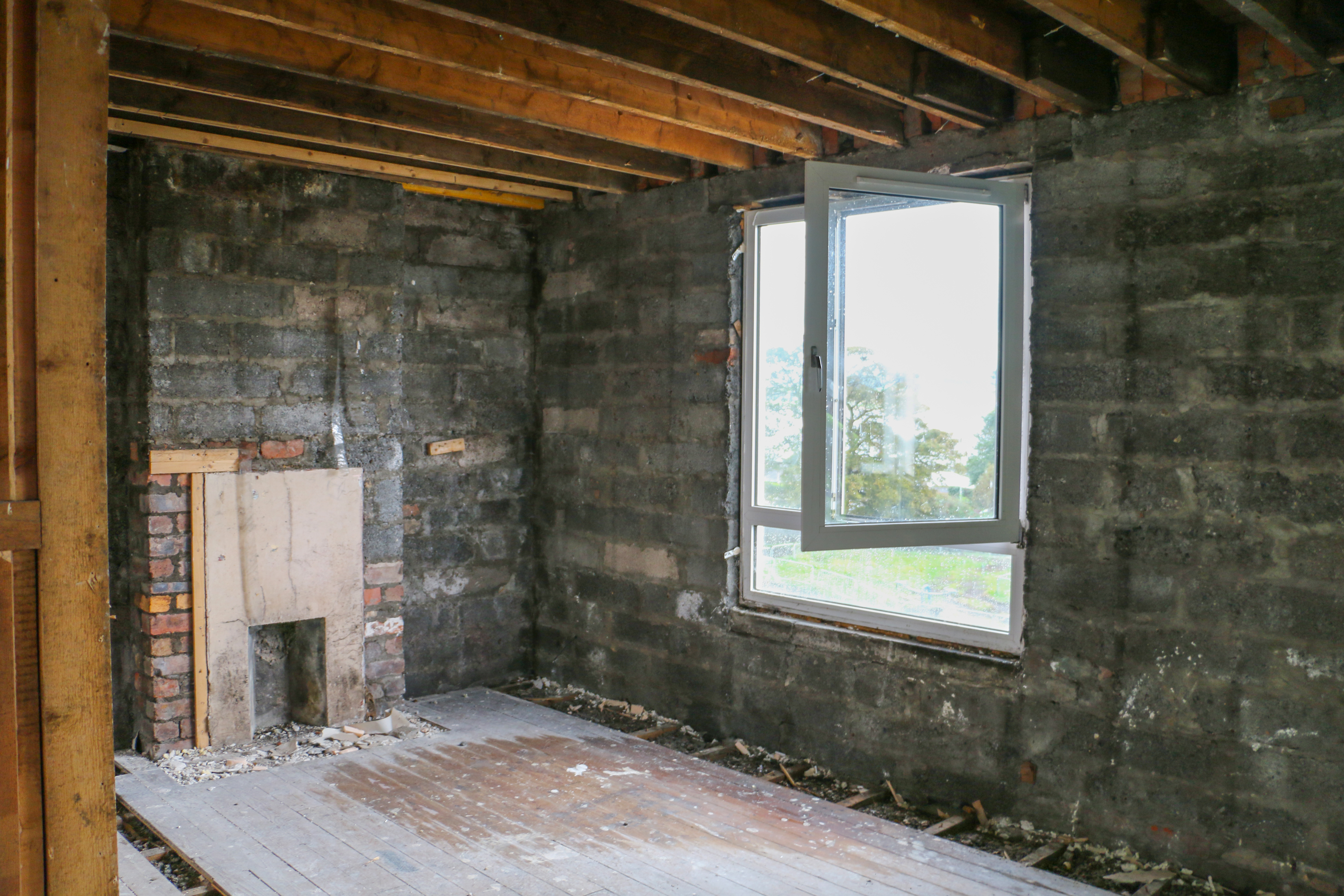 Mr Zwirlein added: “Throughout the process, we’ve been aware of the impact that the redevelopment may have on residents and surrounding businesses. To help support The Kiosk – a valuable neighbourhood shop, which has been at the corner of Dalkeith Road and Arbroath Road for many years, we have provided a temporary alternative retail space at no cost to try and minimise the impact on the business. The first phase of the regeneration includes a new permanent shop unit, at the original corner location, for The Kiosk to move back into.

“We’re very much looking forward to seeing the redevelopment take shape, and when tenants return, they will be able to enjoy good quality, energy-efficient homes within the new Ellengowan neighbourhood.”