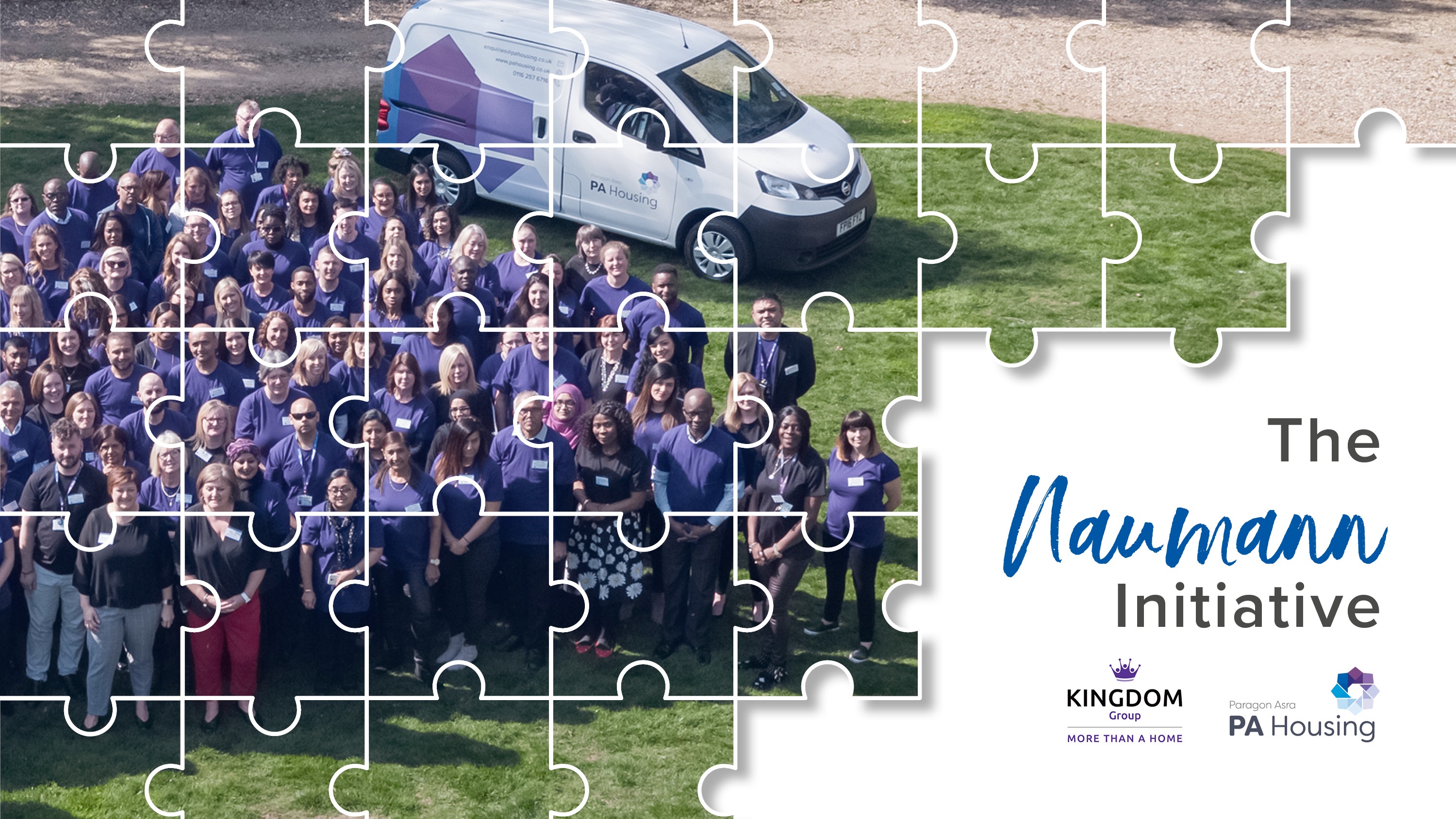 The initiative aims to break the cycle of homelessness and unemployment by offering a homeless person a job and a home as well as support with any complex needs or barriers to sustaining their tenancy.

PA Housing is the first association to adopt the model developed and pioneered by Kingdom and building on the Housing First concept.

Andrew Latto, Kingdom’s interim director of HR, said: “I’m delighted that PA Housing are taking forward their own version of the Naumann Initiative and am confident that they’ll have the same success that we have had at Kingdom. Good work brings a sense of purpose, of belonging, of social connection and of self worth which, during these trying times, are important to us all but especially people making the transition from homelessness.

“We at Kingdom remain more than willing to lend our knowledge and experience to our colleagues at PA or any other organisation who would like to take a similar initiative forward.”

Bill Banks, Kingdom group chief executive, added: “We are very proud of what we have achieved through the Naumann Initiative and it’s fantastic that other Housing Associations, such as PA Housing have adopted the initiative and plan to launch it in their area. I wish them the best of luck and hope they recognise the same benefits we have experienced.

“We are an organisation with a purpose that extends beyond building and managing homes, to building communities and improving the lives of the people in those communities. This is reflected in our mission to provide ‘More Than a Home’. I’m really passionate about the difference good work can make to communities so I’ve been a strong advocate for the initiative.”

Simon Hatchman, executive director of resources at PA Housing, said: “We’re very excited to be starting this project at PA Housing and hope that we can do a lot of great things for those in need. I’m passionate that as a housing provider we should do more than simply provide homes and am looking forward to seeing the impact we can have.

“Thank you to our friends at Kingdom for their continued support and guidance as we get the project underway.”

Two members of staff have been recruited at Kingdom through the initiative named after Laurie Naumann, a founding member of Kingdom Housing Association and its current vice-chair, and there are plans to develop the project further.

“The next step for us is to scale up the project and increase capacity,” said Matthew Busher, interim director of housing at Kingdom. “We’ve got the homes but not necessarily the job vacancies so we’re looking for partner organisations to work with and I’d encourage them to get in touch to discuss the possibilities. We’re also developing Career Pathways which will offer two 3-year training posts with us as well as a safe and secure tenancy.”