Bellway Homes has submitted plans to build 403 homes at the site of the former Ruchill Hospital in north Glasow. 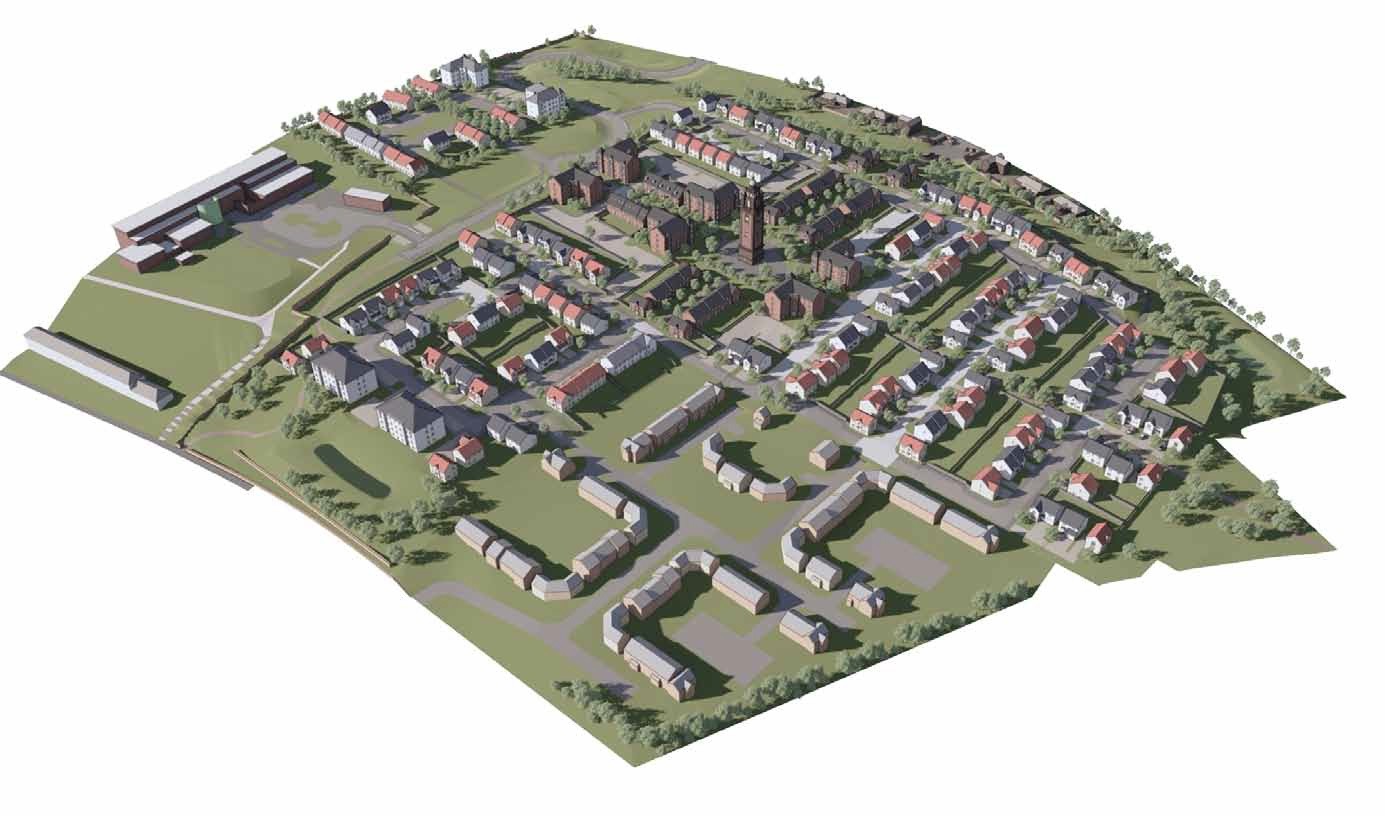 If approved, the homes will consist of 160 one and two-bedroom flats and 243 three and four-bedroom homes.

They will be a mixture of detached, semi-detached and terraced houses, and flats with a maximum height of four storeys.

The Glasgow City Development Plan (CDP) gives the indicative capacity of the site as 300 properties but Bellway Homes has said this would give an “extremely low” density of 19 homes per hectare and would “make it challenging in terms of responding to the historic features of the site, where it is considered that an element of height is required”.

Bellway’s proposal works out at 26 dwellings per hectare. The planning statement reads: “(The CDP’s) allocation, is a notional figure, based only on the broad site principles. The figure of units proposed has arrived following a detailed consideration of the site’s constraints and opportunities.

“The applicants have sought to present a layout which takes full cognisance of the former use and arrangement of this site, celebrating the built heritage that remains, whilst also delivering a modern development which respects and relates to its urban location and unique setting.

“The proposed development will ultimately enable the redevelopment of a prominent urban brownfield site, which is allocated for residential use.

“It is expected that the proposed development will contribute positively to the surrounding area with the creation of a high quality development and an improved urban setting from what currently exists.”

It continues: “The arrangement of residential units has given prominence to the historic water tower, with streets arranged to create formalised boulevards surrounding the structure. The use of flatted units reflects the change in scale between housing units and the tower.

“A feature has been made of the central water tower building, which is a focal point for the proposed development. This has been respected in the proposed layout, with appropriate stand-off distances of surrounding buildings and additional height provided in flatted blocks nearest to it. Key views of the tower have also been retained and enhanced.

“In other locations, flatted units have been utilised in locations where the elevation of the site offers the best aspects across the landscape and act as markers to the entrance of the development.”

The water tower in the area will receive a degree of refurbishment although the planning statement added: “At this time however, the future use of the tower remains unknown, and it will simply remain as a physical feature landmark in the centre of the site until such time as it can be utilised for an appropriate and sustainable end use.”

The developers will retain a significant number of trees in the area with new planting included in the planning proposals. Children’s play space will also be provided throughout the site.

Vehicular access will be taken primarily from Bilsland Avenue with secondary access points provided through the adjacent Keepmoat development to the southeast, down to Panmure Street.