Spire View Housing Association has announced the completion of works at the new, state of the art Roystonhill Community Hub. 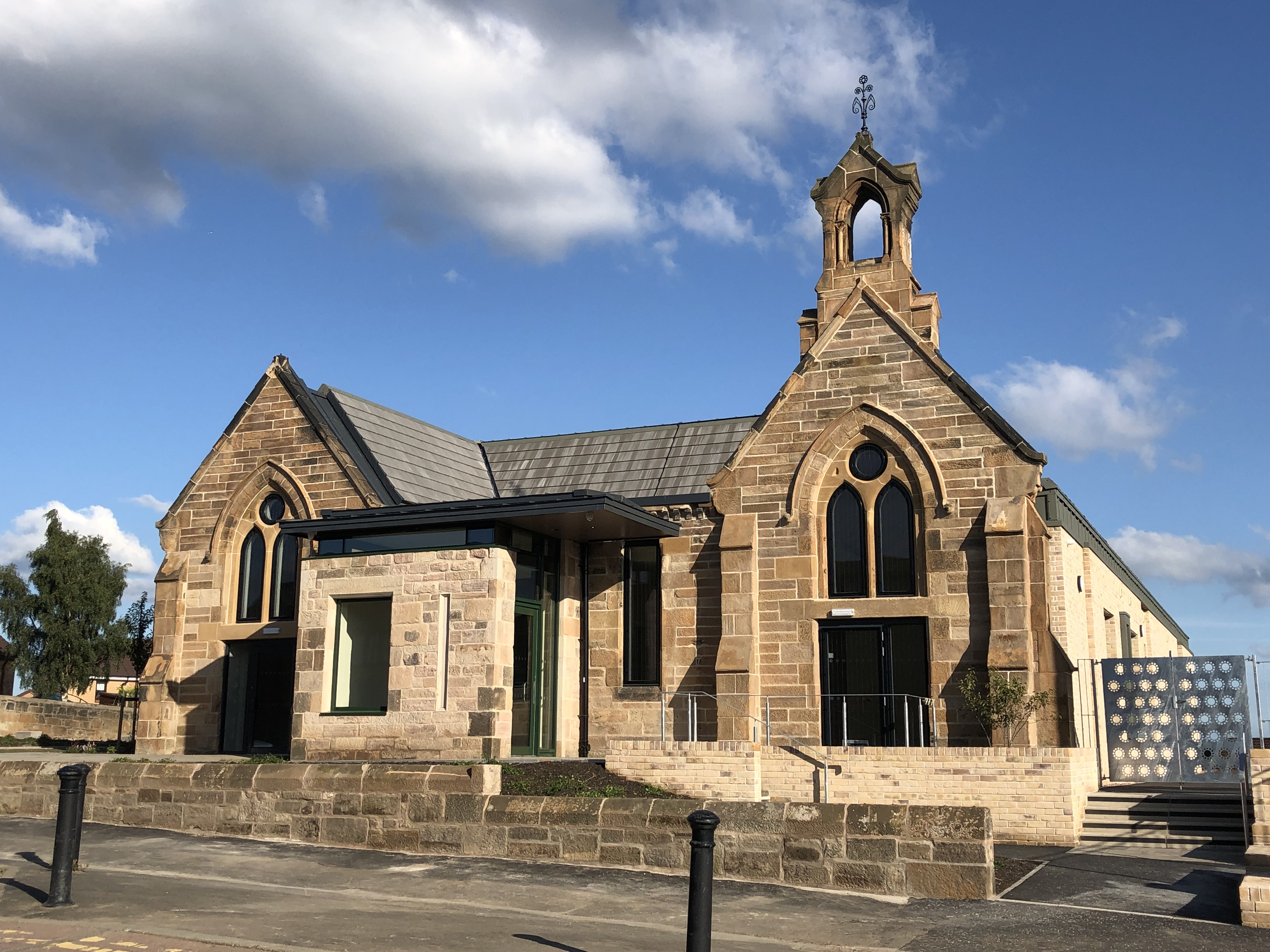 An official opening event took place on August 16 and was attended by numerous funders and partners who helped make the ‘Hub on the Hill’ project a reality.

The stunning new building replaces the old Rainbow Hall while retaining its fabulous façade ensuring the new building complements local surroundings, including the impressive, adjacent Townhead / Blochairn Church Spire, visible across the city and beyond.

The building was purchased by Spire View from the Church of Scotland thanks to financial support from the Scottish Land Fund and works were undertaken by Fleming Buildings Ltd. The new Hub was designed by MAST Architects with support from the design team members; Reid Associates, G3 Consulting Engineers Ltd, Design Me and MBLA.

Meanwhile, significant environmental works on the adjacent ‘Spire Park’ site, owned by Rosemount Spire and Park Limited, a subsidiary of the Rosemount Development Trust, are also complete. Spire View Housing Association and the Development Trust, with the support of the Royston Strategy Group, worked in partnership to make this fantastic project a reality for the local Royston community.

The Association said it is “extremely grateful to each and every one of our funders” adding that “their support was invaluable and will have a positive and lasting effect across the entire Royston community and beyond”.

The Association also extended its thanks to Community Land Scotland which provided financial support for the opening event, which took place during ‘Community Land Week’.

Spire View Housing Association chairperson, Charlie Lunn, said: “The Association is delighted to have delivered this outstanding facility to meet the needs and aspirations of our local community. This fantastic asset will serve the people of Royston and beyond for many years to come.”

The project was more than ten years in the making and came to fruition thanks to support from the following:

The National Lottery Community Fund awarded the Association a phenomenal £1,085,100 of funding towards the capital cost of the project. This was in addition to £98,748 towards revenue costs in the first five years. The Fund also awarded £68,734 in the development stages of the project.

Securing an award of £575,000 from the Regeneration and Capital Grant Fund towards capital costs was another significant milestone. This would not have been achievable without the unwavering support of colleagues at Glasgow City Council’s Development & Regeneration Services.

A one-off capital grant of £85,000 was a fantastic boost to the funding pot.

Colleagues at Copperworks fully recognised the benefits this project will bring to their tenants, residents and wider community and made a contribution of £60,000.

Funding of £40,000 towards the acquisition of the Rainbow Hall was crucial to allow the project to get off the ground.

CGBDF at Glasgow City Council provided funding of £19,200 which was vital in allowing for the development of a business plan for this project. Without this robust plan, Spire View would not have been successful in many other funding bids.

Despite having to consider the funding of its own adjacent project at the Spire Park, RDT still very kindly agreed to contribute a whopping £10,000 towards the project.

A very generous pledge of £10,000 helped to make the project a reality.

A very generous contribution of £5,000 was received from the GHA Community Grant Fund.