A new voice for Elderpark tenants 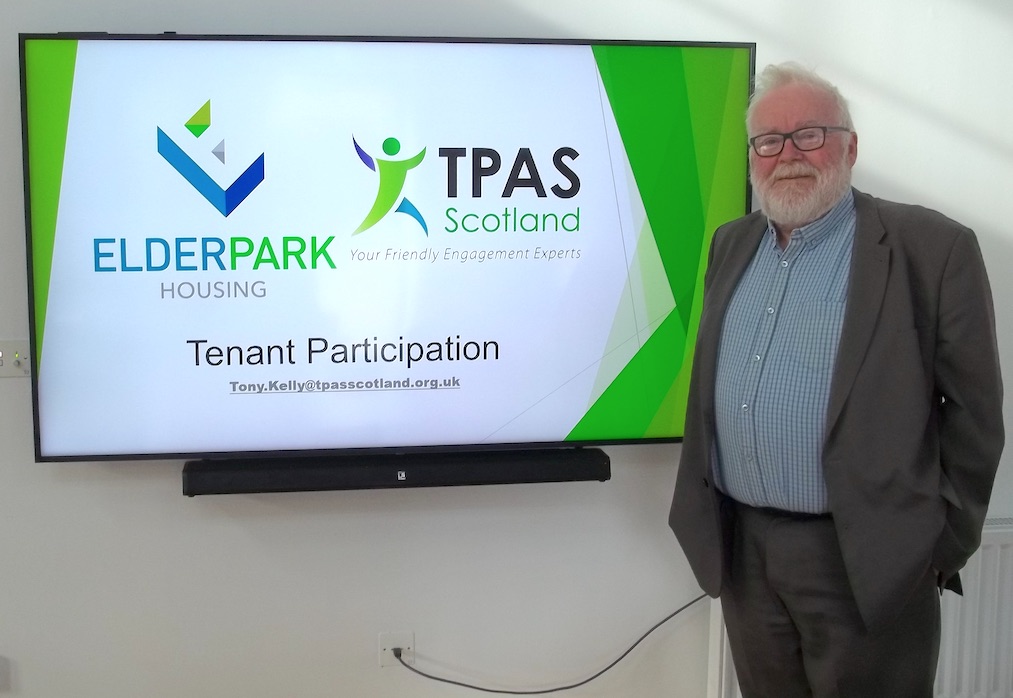 Plans for a new organisation to give a voice to tenants of Elderpark Housing Association have been given an enthusiastic welcome from local people.

In a further commitment to listen to tenants’ views and act upon issues that matter, the Association is providing local people with the opportunity to set up a tenants’ organisation affiliated to Elderpark.

Now an initial meeting has been held attended by local people with a view to setting up such an organisation. They were given a wide-ranging presentation from TPAS Scotland – the national tenant and landlord participation service which has a long and impressive track record in providing guidance on engaging with tenants.

Described this week by Elderpark as “an invaluable insight into the work of tenants’ organisations”, the presentation was delivered by Tony Kelly who explained the various options open to local people considering such a development.

Jonathan Giddings-Reid, Elderpark’s community regeneration officer, said: “We were deeply impressed by the enthusiasm shown by those attending with a view to setting up a tenants’ group.

“There was a clear understanding based on the TPAS Scotland presentation of its benefits and we have now embarked on a path which will hopefully lead to a thriving and successful group.”

Aidan McGuinness, Elderpark’s director of housing & customer service, said: “We are extremely grateful to TPAS Scotland and the expertise and knowledge it has on the important relationship between tenants and their housing provider.

“We acknowledge the very real benefits of such a group which further enhances tenant participation – vital for any housing association - and really delivers on what matters to local people by giving them a new voice.”

Tony said: “It is exciting to help Elderpark Housing tenants build their influence on the Association. As more people hear about the opportunity, I’m sure more will add their voices.”

A further meeting of those interested is expected to be announced shortly.