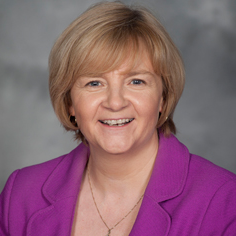 A plan which will position Aberdeen as a climate positive city while helping to lead the world on the rapid shift to a net-zero future and support the global energy transition by leveraging its unique assets and capabilities has been approved.

The plan positions Aberdeen as having to respond, as a city and place, to the environmental imperative and also considers its role as a world leader in the energy sector as an economic driver for the city, region, Scotland and the UK.

Councillor Jenny Laing, Aberdeen City Council co-leader, said: “Green recovery will be a big part of how the Aberdeen economy responds to Covid-19 and the Net Zero Vision already builds on the plans we have in the Local Outcome Improvement Plan.

“Aberdeen is a world-leader in energy technologies providing a major economic stream locally and nationally while already embracing the global energy transition. We have an enviable track record of leading on deploying climate-friendly actions including the EOWDC and H2 Aberdeen, and now in working collectively on leading the transition to net-zero activities.

“This provides an opportunity for the city to become an exemplar in the energy transition towards net zero and lead the way in how to change in a dynamic and thoughtful way. It also aligns to the work of World Energy Cities Partnership and its work around climate change.

“We look forward to the future and working with public and private sector partner organisations and companies to achieve net-zero together.”

The report to committee said that in the current ‘perfect storm’ of exposure to the effects of COVID-19 and a substantial fall in oil barrel prices to $22, the city’s recovery phase will not be like previous downturns and makes the case for Aberdeen’s role energy transition even more compelling to the UK Government and the Scottish Government. The report said failure to respond could have an adverse impact on the city’s economy.

It said the scale and pace of transformation that is now needed in order to respond to economic recovery and in due course economic restructure, is key to the city’s economic development. The report makes the point that this is a sprint and not a marathon, and a matter of urgency for the city and its economy.

The report also said there are five co-dependent strategic objectives that will support the economic imperative to transition to a different energy future beyond oil and gas - leading the global transition, accelerating transition demand, be a resilient, productive and dynamic place, be climate positive exemplar, and putting people first.

The report concludes with a set of immediate next steps, including the championing of the vision at the city, UK and Scotland levels. These highlight the need to develop implementation and financial plans at delivery level and establishing a detailed and up to date baseline against which to compare actual performance and relevant KPIs.

Officers have already been discussing this approach with the University of Aberdeen’s Centre for Energy Transition to potentially develop an appropriate evaluation framework that reflects the urgency required in terms of actions and timescales.

Another key next step is the recognition that a cohesive finance and investment strategy for the transition is developed that maximises government, public, institutional and private investment, including through better alignment of local capital sources, including the Council’s own capital resources.

The report to committee said that to achieve this journey to net zero, actions in the 2020s and 2030s are needed and may represent a step-change in ambition for Scotland requiring urgent action towards meeting the ambitions, and every sector of the economy must contribute fully.

The report said the actions include: