Alastair Johnston: Less haste, more speed! Why you can’t evict a private tenant in Scotland on grounds which haven’t yet occurred 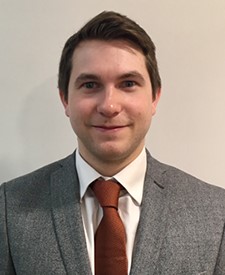 Alastair Johnston, a senior solicitor at Harper Macleod, reviews an Upper Tribunal appeal case and highlights the lessons it provides regarding tenant evictions.

The Upper Tribunal has recently published its decision in an appeal case which involved a novel approach by a landlord who was perhaps a little too eager to obtain an order for eviction.

The case is a great example of where a significant waste of time and expense could easily have been avoided with the application of a little patience.

In the case of Majid v Gaffney & Britton the landlord had leased a property to the tenants under a Private Residential Tenancy (PRT). Those familiar with this area of law will be aware that in order to obtain an order for eviction of a tenant under a PRT, a Notice to Leave must first be served upon the tenant by the landlord.

A Notice to Leave must be in writing, specify the date upon which the landlord expects to become entitled to apply for an order of eviction and state the particular eviction ground being relied upon.

On 1 July 2019 the landlord served a Notice to Leave upon the tenant stating that the tenant was in arrears of £1,525 due from 30 April, 31 May and 30 June 2019. It appeared from the Notice to Leave that the ground for eviction was the accumulation of three consecutive months’ rent arrears.

The First Tier Tribunal (Housing and Property Chamber) deals with many non-criminal housing matters. The Tribunal’s view was that if the tenant was first in arrears of rent as at 30 April 2019 then the expiry of the three-month period would be 30 July 2019. Unfortunately for the landlord, the Notice to leave was dated 1 July 2019. Accordingly, the question was whether, on the date of the notice, the ground for eviction had been satisfied. The Tribunal was of the view that it had not and accordingly the application was bound to fail and rejected the application.

The landlord appealed the decision to the Upper Tribunal on the basis that the First Tier Tribunal had erred in law. The landlord advised that the error in law arose on the basis that he was entitled to include a ground in the Notice to Leave which had not been satisfied at that stage but would be satisfied by the time of the application. In support of this position the landlord relied upon the word “expects” in section 62(1)(b) of the Private Housing (Tenancies) Scotland Act 2016 (“the Act”).

Not surprisingly the Upper Tribunal were not persuaded by this argument and highlighted that the use of the word “expects” related to the day on which the landlord expects to become entitled to make an application and is completely separate to the requirement, in section 62(1)(c) of the Act, that the notice state the eviction ground upon which the landlord proposes to seek an eviction order.

Whilst the Upper Tribunal may have perhaps overstated matters somewhat in their view that “the statutory provision is clear (emphasis added)…that the ground of eviction must be satisfied at the date of service of the Notice to Leave”, there can be little doubt that it could not have been intended by Parliament that a landlord could serve a notice specifying a ground that was not yet available merely in anticipation that it may become available at a later stage. The Upper Tier Tribunal duly refused the landlord’s request for permission to appeal the decision of the First Tier Tribunal.

A significant amount of time will have been wasted not only during the First Tier Tribunal application but also throughout the appeal to the Upper Tribunal. This delay and expense could easily have been avoided by the landlord ensuring that the grounds stated in the Notice had in fact been satisfied and, if not, they could have exercised a little patience until the ground was satisfied.