Another £100,000 to aid Govan community’s fight against effects of coronavirus 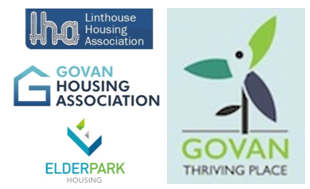 More community groups in Govan have been given a cash lifeline of £100,000 to help deal with the coronavirus crisis.

The funding brings the amount of money handed out to £200,000 within the last two months as the community copes with the pandemic.

Hardworking organisations, many performing a vital role, have been given the money to deliver assistance in various ways to local people whose lives have been thrown into chaos by the health emergency.

The money has come from the Scottish Government and distributed by the recently set up COVID-19 Temporary Emergency Funding Group which applied for government funding and was successful in securing the £200,000.

The group is made up of Linthouse, Govan and Elderpark Housing Associations and regeneration group Govan Thriving Place along with the four Glasgow City Council councillors from the Govan ward.

In June, the group handed out the first £100,000 from the Scottish Government’s Supporting Communities Fund and has now delivered on its promise to quickly distribute the remaining £100,000.

Key highlights of the work which the second £100,000 of funding will help deliver include:

In the first round of £100,000, tackling unemployment, food preparation and distribution to the vulnerable and isolated and defeating domestic abuse were some of the issues receiving funding.

A spokesperson for the COVID-19 Temporary Emergency Funding Group said: “We have moved very quickly to deal with the significant effects the pandemic has had on our community

“The £200,000 which we were tasked with distributing by the Scottish Government is now allocated and it will go a long way to easing the devastating effects of coronavirus.

“Many local groups are doing an incredible job in helping people and this money is now getting to where it is needed most.

“We don’t accept for a moment that when the virus is eradicated that our communities will easily return to normal. There will be work to be done over the coming months and years in the ongoing recovery from coronavirus. Much of the funding is designed to deliver this whether it is in terms of mental health support or jobs and training.

“We feel very privileged to have been able to distribute this money on behalf of the Scottish Government.”