The average price of a property in Scotland fell by more than £3,000 in December from a record high the previous month, the latest provisional statistics from the UK House Price Index (HPI) has shown.

This compares with decreases of 66.0% in England and 45.7% in Wales to October 2021, whilst sales volumes increased 62.6% in Northern Ireland analysing Quarter 3 2021, relative to the same quarter in the previous year. 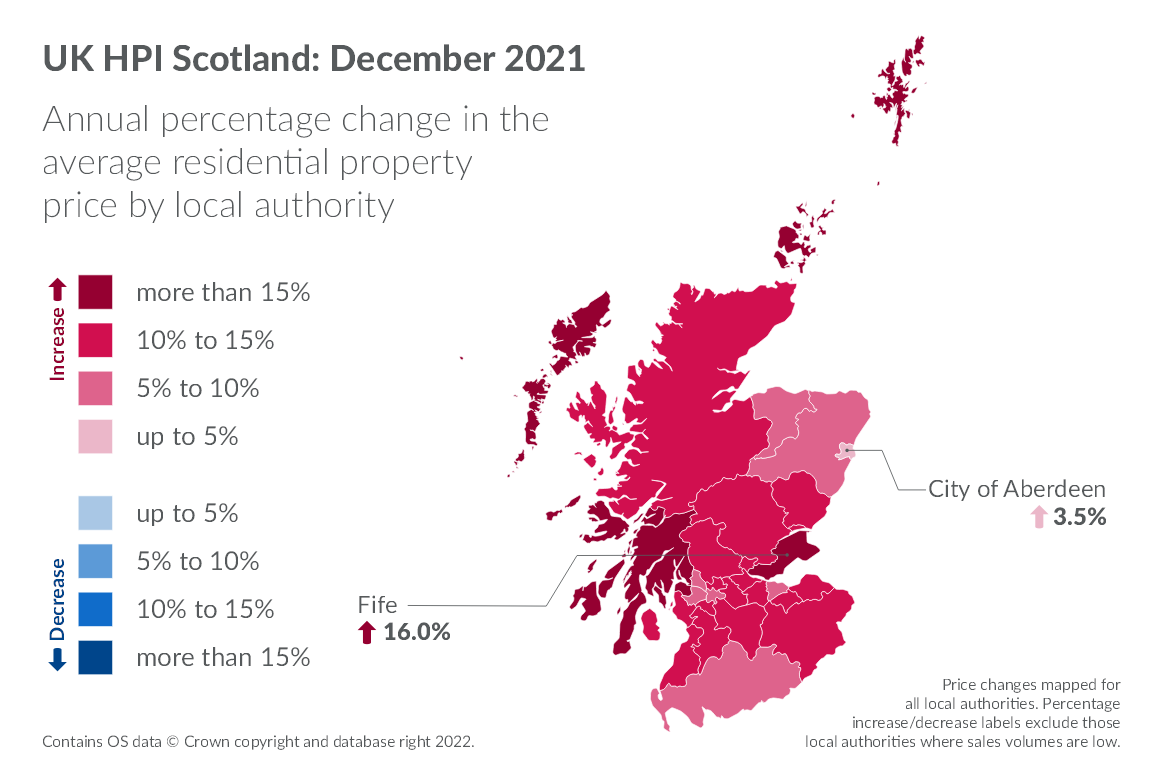 Registers of Scotland business development director Kenny Crawford said: “The average price of a property in Scotland in December was £180,485, slightly lower than £183,876 reported in November 2021 which was the highest reported for any month since January 2004, from when Scottish data for the UK HPI was first available.

“Over the year as a whole, from November 2020 to the end of October 2021, the number of transactions has picked up following the reductions caused by COVID-19 measures and cumulatively is now 67% higher than the previous year. Figures in the current year to date are also 15.5% higher than pre-COVID-19 figures from November 2018 to October 2019.” 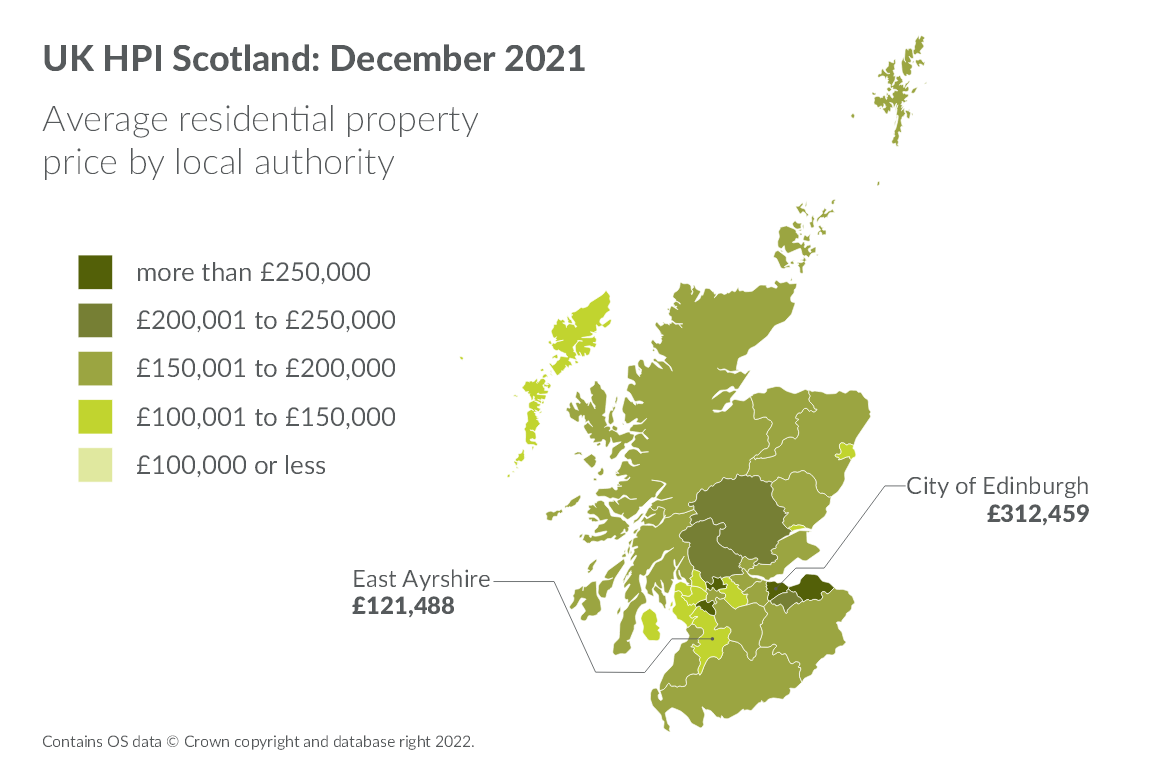