Black’s Blog: Making up the rules…

Craig Sanderson retired after 44 years at the Link Group Ltd, 31 of those as CEO. TPAS chief executive Lesley Baird will step down soon after 25 years. On Episode 4 of the Scottish Housing News Podcast, they cast their minds back to a time when modern housing associations were new and tenants struggled to be heard. Podcast host Jimmy Black tells more… 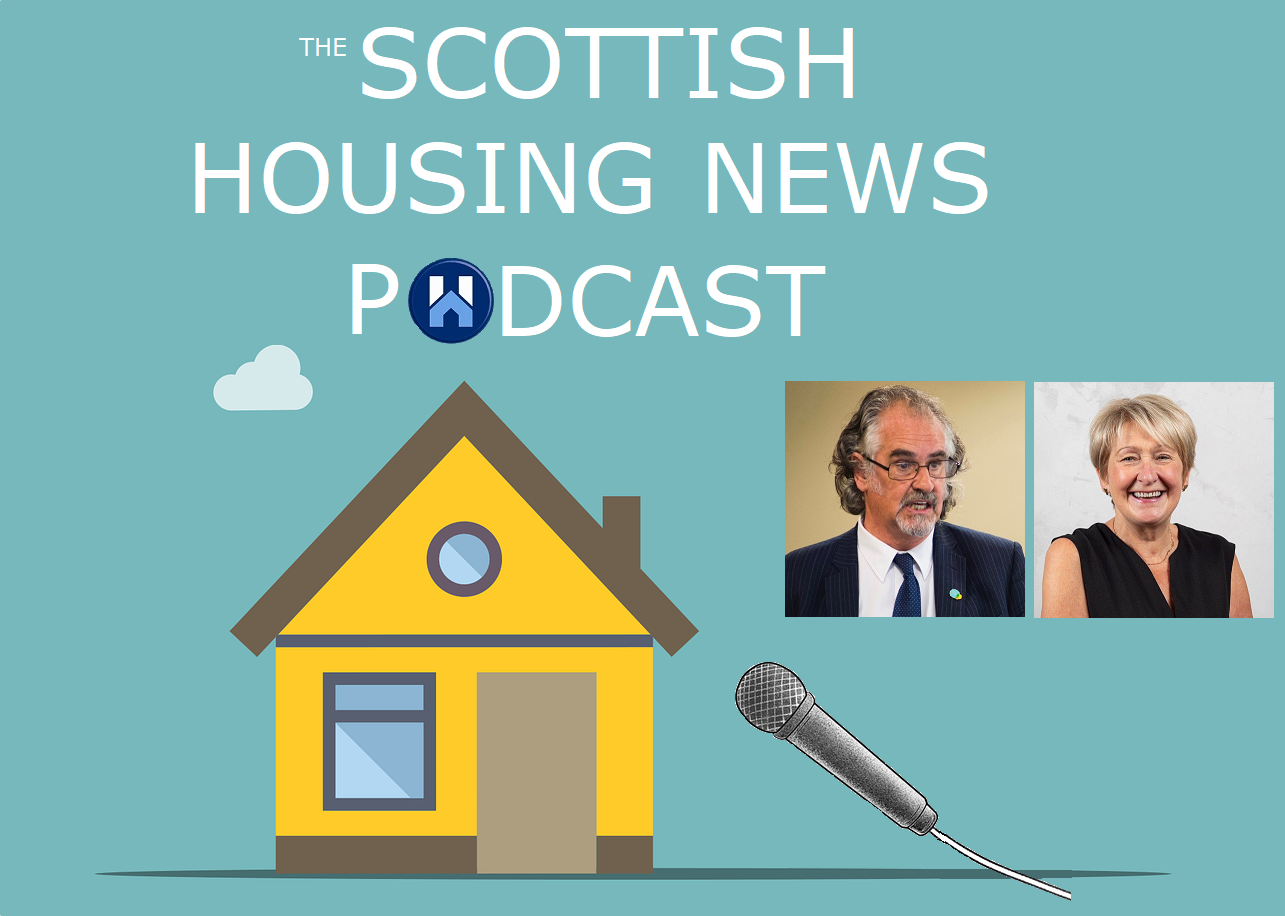 If you want to understand history, it’s good to talk to people who were there. The guests on Episode 4 of the Scottish Housing News Podcast have helped to shape the course of Scotland’s social housing, over decades.

Craig Sanderson joined Link Housing in 1975 when it was a very different organisation, with an allocation policy related to income rather than housing need. That eventually changed, as did Link’s policy of building bigger houses. Craig wanted to serve smaller households too, including 16 and 17-year-olds. “If we could send them off to war and to die, then surely we could give them a house.”

Politics threw up major challenges, such as the imposition of the Right to Buy and Mrs Thatcher’s confrontation with the miners. Striking miners could not pay their rent, and Link took an enlightened approach.

No-one had written the rules when Link set out to create shared ownership housing, so Craig and others made them up and the Housing Corporation wrote the official rules later. Care in the community was another uncharted ocean. When a powerful politician appeared to put roadblocks in the way of supported housing, Craig and his colleagues drove straight through them. Now there are rules governing everything and Craig feels for those who came after him. These are different times.

One of Craig’s innovations at Link was the creation of a sizeable welfare rights team to tackle poverty amongst tenants. He’s still fighting poverty, as part of the Edinburgh Poverty Commission, making the case that a vital element of an effective anti-poverty strategy is the provision of truly affordable social housing for rent. Any government money spent on this is an investment, he says … not a subsidy.

Lesley Baird is swift to praise Craig, and Link, for demonstrating good practice in tenant participation. She will soon step down as chief executive of the Tenants Participation Advisory Service but, as she says herself, she won’t be hanging her high heels up yet.

Emerging from a period of turbulence at TPAS in the 1990s, Lesley has led the organisation for 25 years and played her part in forming the historic, ground breaking legislation of 2001 giving tenants the right to participate, collectively, in the management of their homes.

Having rights is only useful if those rights are enforceable, and TPAS has provided tenants with the training, knowledge and skills necessary to make a constructive contribution and to hold landlords to account. Training is a serious business but Lesley and her staff ensure that TPAS events are fun, with mock game shows like The Price is Right and The Weakest Link keeping the delegates laughing.

Lesley says being CEO at TPAS has been the best job in the world. She insists she is not retiring, but travel and the responsibilities of management mean “bonkers” hours. She has a daughter getting married next year in Stornoway, and it’s time to scale things back. She will still work for TPAS from time to time and maybe other agencies too.

You can listen to all the stories on Episode 4 of the Scottish Housing News Podcast here or wherever you get your podcasts.