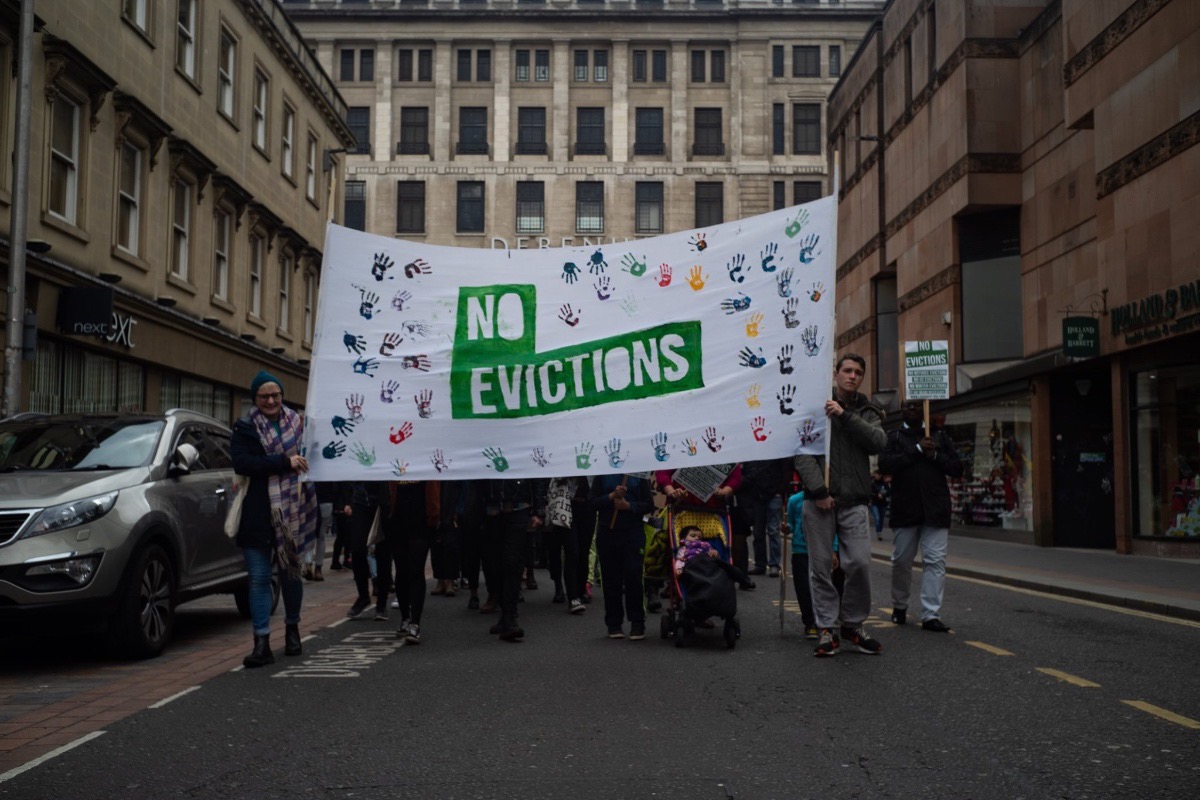 Significant eviction changes are on the horizon

Abolishing mandatory evictions is the subject of the latest episode of the SHN podcast. Co-host Jimmy Black predicts dramatic change will result …

A cynic might think that decades of rent controls, different rent controls, no rent controls and better tenancies have made little difference … landlords still hike up the rents, don’t do repairs and fling out their tenants at will.

A different cynic would respond that tenants trash private flats, expect too much, don’t pay their rents on time and do moonlight flits.

But we may be on the road to actual, dramatic change in the Scottish private rental sector.

These stereotypical views take no account of the progress which has been made in professionalising the sector over the past few years. We now have compulsory landlord registration and the Private Residential Tenancy, to name but two examples of forward-thinking legislation designed to create good quality, secure homes for private tenants.

We also see the Scottish Government lending £55 million to the LAR Housing Trust to create 1,000 mid-market rented homes, and exploring a Build to Rent programme for the private sector.

The direction of travel is clearly towards bigger landlords, working to higher standards and banding together in professional organisations. But as Michael Carberry pointed out in a previous podcast, Scotland still has large numbers of landlords who have small numbers of properties and no real professional expertise in the business.

Which brings us to the Coronavirus Recovery and Reform Act which has now passed through Scotland’s Parliament. From 1 October the Act abolishes mandatory grounds for repossession (ie for eviction), and that will be challenging for any landlord who relies on rent for income or for mortgage payments.

The First Tier Tribunal will only evict where the members believe it to be reasonable in the circumstances. Previously, three months of arrears were enough and the Tribunal had no choice but to put tenants out.

These are significant changes and we thought they were worth examining in a Scottish Housing News podcast, so SHN editor Kieran Findlay interviewed Daryl McIntosh from Propertymark, a landlords’ membership organisation which promotes professional standards in the sector. Unsurprisingly, the changes cause Propertymark real concern; landlords cannot be sure that the Tribunal will grant repossession and cases could go on for many months.

Daryl notes that where landlords default on mortgages, lenders may inadvertently become responsible for managing tenancies. He thinks this will discourage them from investing in the private rented sector.

Landlords will also have to show that they have made efforts to provide help and support to tenants who are struggling, and if the First Tier Tribunal is not convinced, they may not get their property back. The overall effect, says Daryl, will be to push landlords out of private renting; he can point to UK-wide research which suggests that is already happening.

Our other guests on the podcast took a different view. Labour MSP for the North East, Mercedes Villalba, wanted a rent freeze now to protect tenants struggling with the cost of living and ever-increasing rents. Alison Bavidge from the Scottish Association of Social Work highlighted the social costs of eviction and argued that many evictions could be avoided if landlords and support services worked together effectively.

There are many more changes to come. The Government’s New Deal for Tenants will bring a Private Sector Housing Regulator, more effective rent controls, stronger penalties for landlords who carry out illegal evictions and minimum energy efficiency standards.

For any market to work there needs to be a product which can be produced and delivered at a cost which customers can afford. Equally, the producer needs to be able to raise capital, generate regular income and invest.

So there is a risk that small landlords who operate on the edge of viability will be pushed out of the market. If they cannot afford to upgrade their properties and survive a few months while their tenants work through a personal financial crisis, then they’re in the wrong business. Homes are precious.

Another risk is that landlords will retreat to the higher end of the market where tenants have secure incomes and are less likely to build up arrears. That could mean fewer properties for people on low incomes and increased pressure on councils’ homelessness service.

A benefit of all this could be that large, professional, well-funded, landlords will take over the private market. They could have the resilience to cope with the Scottish Government’s reforms and would be easier to regulate than thousands of small landlords letting out a couple of flats. Some could be charitable or not-for-profit organisations.

This is all speculation, of course. What happens will depend on the vision and talent of those who can look ahead and find a way to make money in the new, much more tightly regulated market which is coming. Because whether you’re a charity or a transnational business, if you can’t make money, you can’t rent anyone a home.