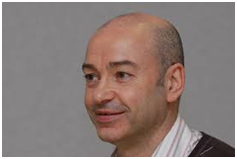 CIH policy and practice officer Sam Lister rounds up all the latest changes to Universal Credit – including some which have slipped under the radar.

Already in 2019 we’ve seen several new announcements about Universal Credit – in addition to those in the November Budget. Some have attracted high-profile media attention while others, although equally significant, have slipped by relatively unnoticed. They fall within four broad areas:

Starting with the least controversial first - as announced in the Budget, the work allowance will be raised by £1,000 per year from April for households with children and certain disabled people without. This is worth £630 a year and is of course welcome, but it only restores the work allowance to roughly where it was before the cuts made in the summer 2015 Budget. And it does nothing for households without children who had their work allowance reduced to zero – a loss of around £840 for each household member.

A lot of media attention was given to the Universal Credit migration programme – the process whereby those on old-style ‘legacy benefits’ are transferred to universal credit. A significant milestone was passed in December, with all Jobcentre areas in the UK are now running the Universal Credit ‘full service’. This means that no new claims for legacy benefits (apart from those described below) can be made. Claimants who now lose one of their legacy benefits through a change of circumstances cannot get their lost income replaced except by claiming universal credit, at which point they ‘naturally migrate’ but don’t qualify for transitional protection.

But it is the next stage of ‘managed migration’ – whereby claimants’ legacy benefits are switched off after being served with a notice by the Department for Work and Pensions (DWP) – that is the most controversial. The Budget announced that the pilot phase would start in July, followed by a gradual roll-out from January 2020 to the end of 2023. The regulations setting out the process were due to come into force this month but following negative media coverage the new Secretary of State Amber Rudd announced that full managed migration wouldn’t start until the pilot phase is near completion in November. Many have taken this to mean that managed migration has been postponed. But the government hasn’t ruled out the full programme starting in January next year as originally announced. A delay would be something of a double-edged sword in any case, because those that ‘managed’ migrated are entitled to transitional protection – so a delay just means more people will ‘naturally’ migrate without protection.

A new gateway condition preventing the migration of claimants who lose out because of a severe disability premium in their legacy benefits has been put in place from 16 January. But the draft regulations also provided backdated (and ongoing) compensation for those who lost their severe disability before then when they migrated naturally. It now looks like this group won’t get their compensation unless and until the new regulations are approved, with the result that some may lose it altogether.

Minor changes were made to the two-child limit. Families who qualified for an award for three or more children before the two-child limit was introduced were to have child elements capped from 1 February. This has been scrapped altogether, but apart from that the two-child rule, with all its absurdities and repugnant exceptions (such as the infamous ‘rape clause’) have been left in place. If anything, the reversal serves to highlight the unfair and arbitrary nature of the policy whereby a third or subsequent child born before 6 April 2017 qualifies whereas those born after do not. The announcement also failed to mention that the 15,000 families it helps are more likely to be caught by the benefit cap instead.

Ministers defended the two-child policy on the grounds that ‘parents in receipt of benefits face the same financial choices … as those … who support themselves solely through work … would not normally see their wages increase simply because of the addition of a new child’. This turns the rationale of tax credits on its head – the prevention of child poverty because wages aren’t related to family size – and besides has the rather obvious logical flaw that both tax credits and Universal Credit are in-work benefits.

One significant change wasn’t found in any DWP press statement: at present couples where one member is above and the other below pension age (which since December is the same for men and women) have the choice to claim pension credit or universal credit. But as from 15 May mixed-age couples can only claim Universal Credit and can’t get pension credit until both members are pension age. The result is that poorer households have to continue to work until both are pension age, whereas those with generous pensions have a choice.

What does CIH think of these changes? First the work allowance should be restored to childless households. Universal Credit was relentlessly pushed by ministers as making work pay so removing it makes no sense. Of course, we agree that the administrative processes for managed migration should be based on evidence from the pilots. But it is outrageous that compensation for the severely disabled who lost out due to natural migration should be used as a bargaining chip to get the regulations passed by Parliament. Third, ministers’ ambition should be to end in-work poverty, so the two-child limit must go (and in any case out-of-work households are subject to the benefit cap). It can’t be fixed by adding more ever-more elaborate and distasteful exemptions which just highlight its arbitrary and unfair nature. Finally, we believe that poorer mixed age households should continue to have choice about their retirement options, as more affluent ones do. Our evidence to the Work and Pensions Select Committee inquiry into the welfare safety net outlines our thoughts on housing policy being undermined by welfare policy – and the desperate need for a welfare system that helps to end poverty for all families, whether in or out of work.

This blog was originally published on the CIH website.