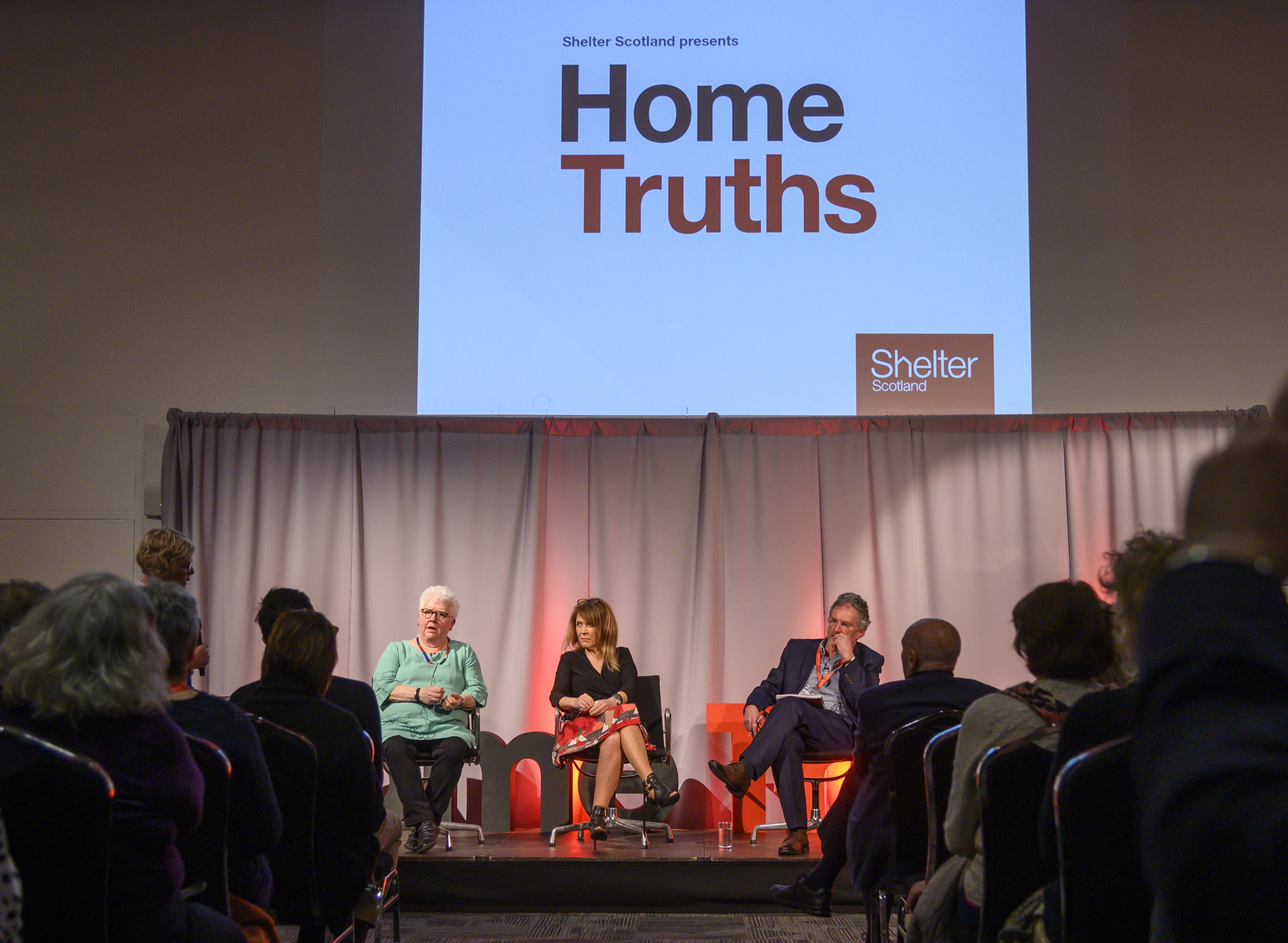 Shelter Scotland’s Home Truths event on 28 February 2019 was the final major milestone in our 50th anniversary year. It was a thought provoking, energising and engaging night of big ideas. It focussed on the current housing crisis and what we need to do to make sure everyone has access to a decent and affordable home.

The campaigners who set us up in 1968 never imagined that we’d still be here 50 years later, helping more people than ever before. To quote Richard Holloway who helped found Shelter Scotland in his living room, and stepped down as our Honorary Vice Chair at this event: 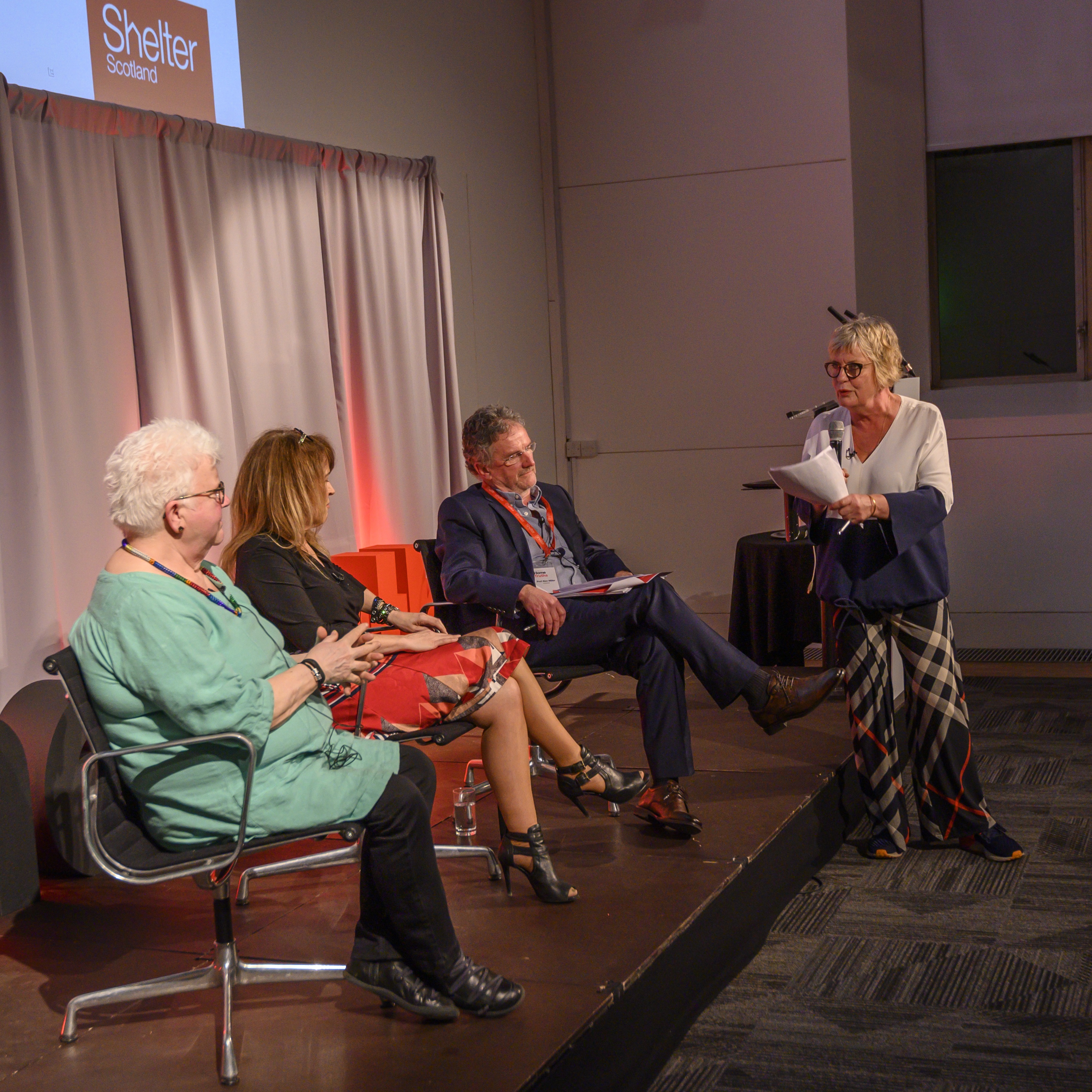 Our 3 speakers, Val McDermid, Karyn McCluskey and Professor Alan Miller all talked about the scale of the current housing crisis, the lack of housing and the need for dignity for all to be embedded in policy and practice. Prof Alan Miller called for internationally recognised human rights laws, including housing being a human right, to be enshrined in Scottish legislation. All the speakers called for big and bold changes and for new thinking on how to address the housing crisis.

“If we classified homelessness as an illness, there would be a public outcry. It would be the lead story on the news every night. Headlines every day saying – ‘Still no cure for killer disease’. If homelessness was an illness we’d be demanding a cure. 38 children lose their homes every single day. Imagine a disease that caused serious chronic damage to a whole primary school class every single day. How could we bear that? But that is the scale of the problem in Scotland right now.” 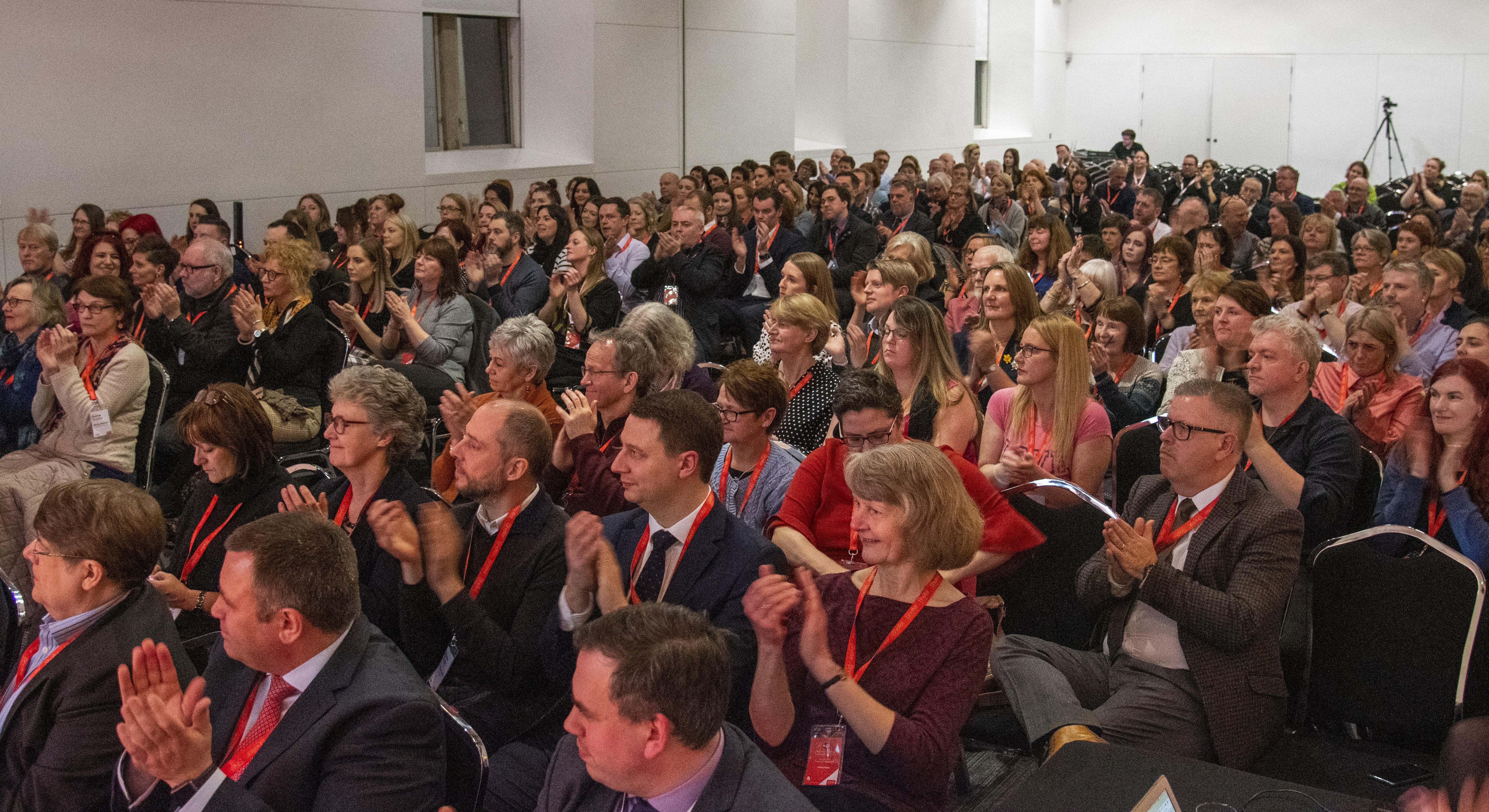 Karyn McCluskey, CEO of Community Justice Scotland highlighted her despair at the housing system. Having recently tried to help a friend’s relative who is homeless to find appropriate support Karyn said:

“I felt overwhelmed by trying to find the right person to speak to…People who are homeless are tired of services delivered to them and not with them. That don’t meet their needs…

We are living in extraordinary times, dangerous times, …things that are really important like homelessness, are not at the top of the agenda…

Preventing Homelessness is going to take big government, big policies, big commitment and big spend. It should be the biggest movement of our time…

…dignity is the right of every human being, it should be at the heart of every decision, every proposal and every penny we spend.” 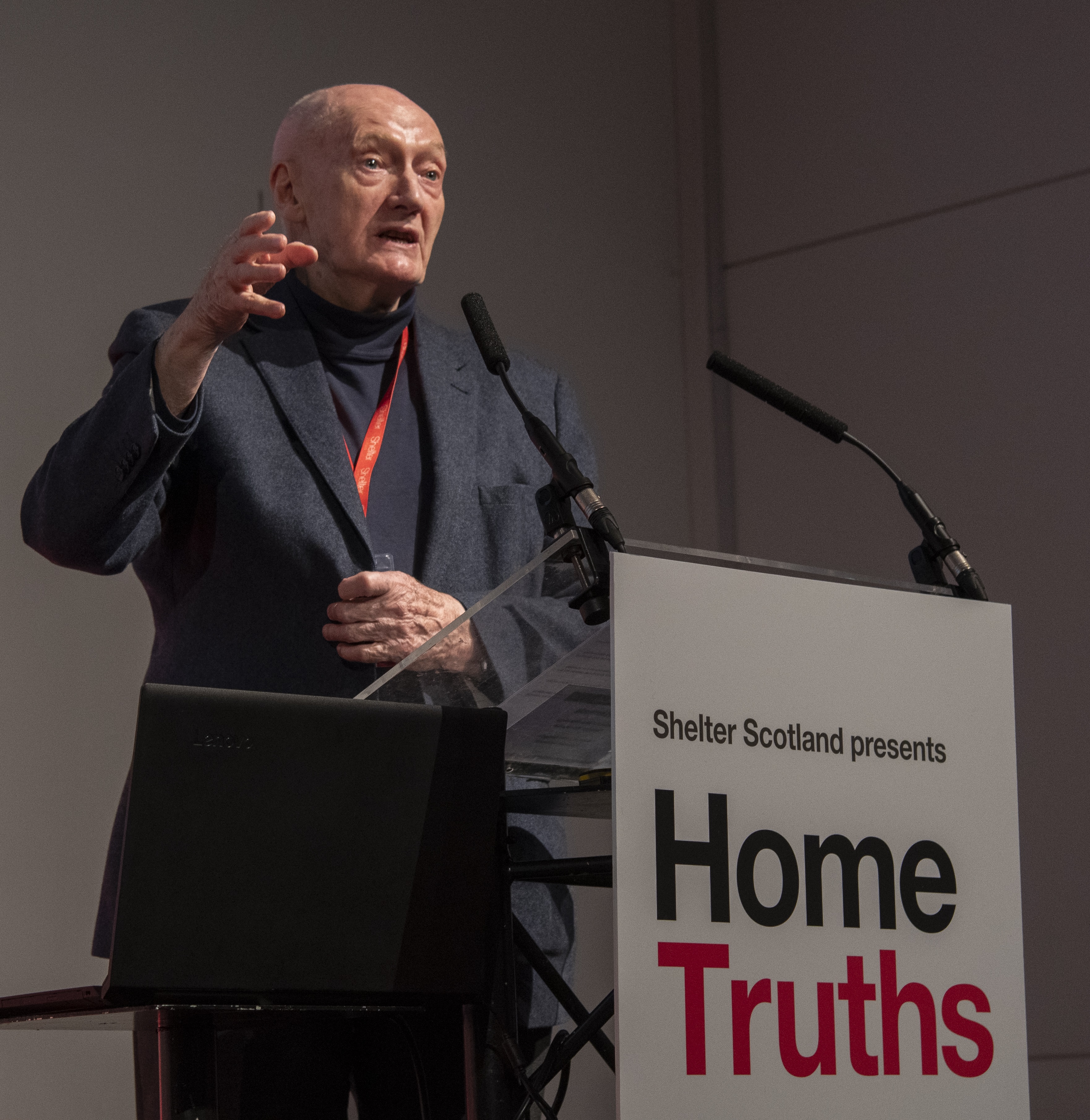 “…that we should take these internationally recognised human rights and bring them in to our laws, policy and every day practice and that includes the right to adequate housing… This will mean that progressive housing policies will be guaranteed, and they will be anchored in the governance of the country.”

People need to be empowered to be able to demand their right to a home and everyone will have a role to play in making sure that these rights are effectively implemented:

“Shelter Scotland has a massive role to make that process honest, to have a reality check on the ambitions and aspirations of putting these laws on to our books…

Every decision, every policy and law must be rooted in human dignity… Housing is central to our wellbeing and the development of the individual, a family and a community. If we can’t get housing right, all the other stuff is going to be problematic… 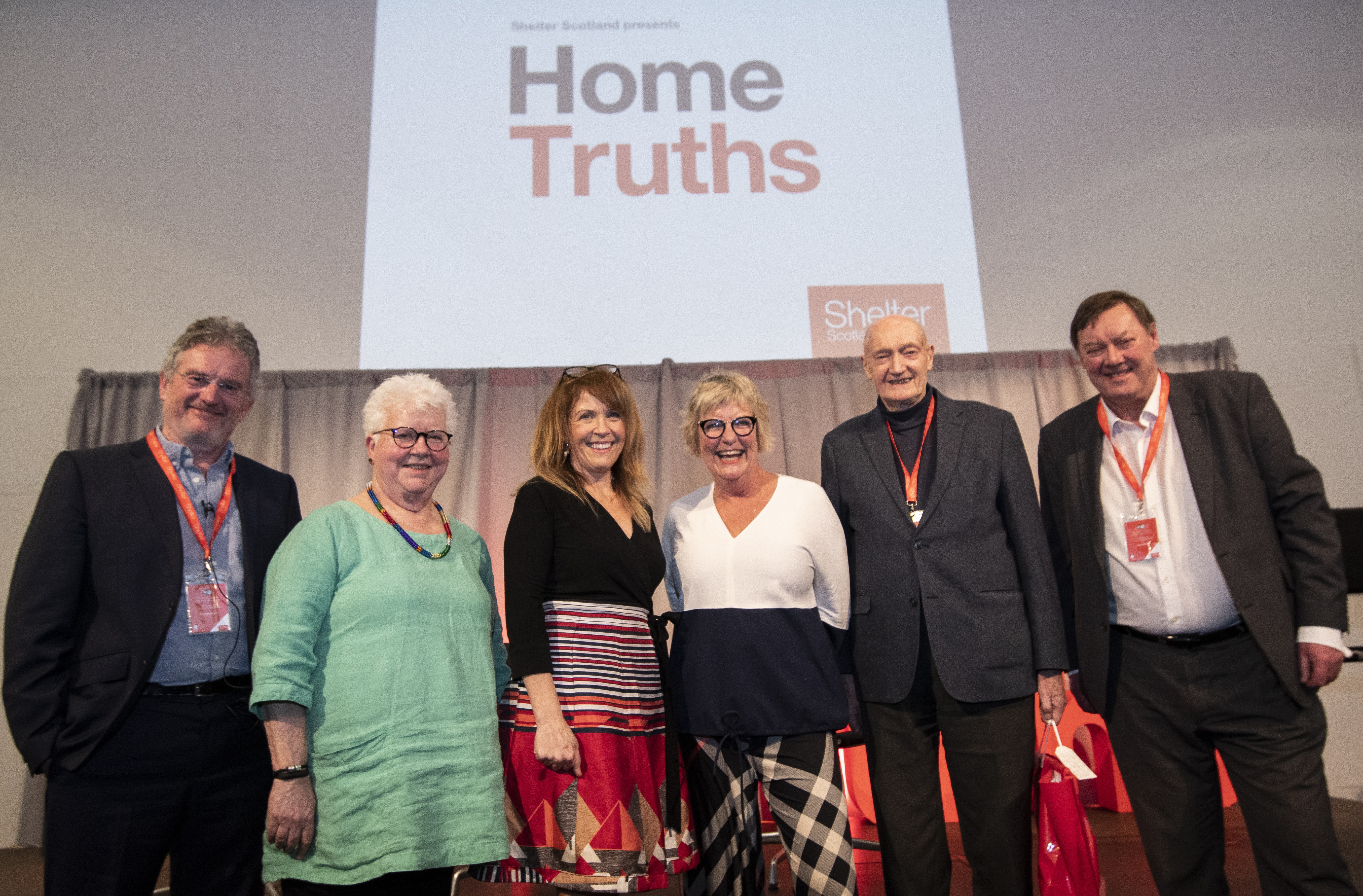 The speeches led on to a lively and passionate discussion about what we need to do to in Scotland. We could have gone on for much longer, as there were many, many ideas – what new housing models can we introduce, how can we improve joined up working, how can we build more suitable homes, can we look at other solutions such as introducing Universal basic Income.

So, 50 years on from when we were founded, we will continue, with renewed energy and determination to fight for a socially just society. A society where people don’t have to struggle to find & keep a home, find a place to sleep on our streets, or choose between paying their rent or feeding their families. We must make sure decent, safe and affordable housing is a human right in Scotland, we must learn from other countries and work together across the different sectors and with all political parties in Scotland if we are to address the housing crisis. There are no simple answers or easy solutions, however we can and we must put an end to homelessness and bad housing.