CALA to deliver another 60 homes in Linlithgow

Plans have been approved for a development that will create a new community to the south west of Linlithgow. 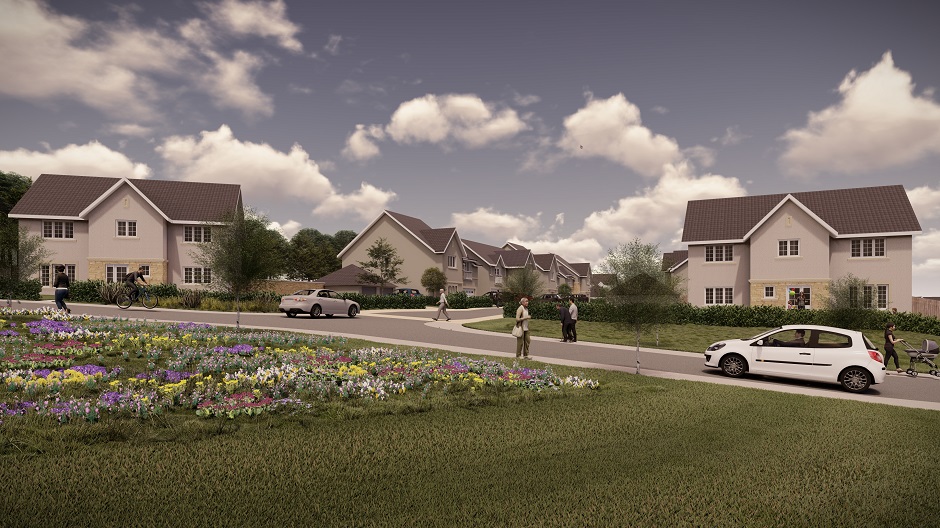 Proposals by CALA Homes (East) to build 60 homes across a 6.2-hectare site at Preston Farm were backed at a West Lothian Council planning committee on Wednesday.

The development, which is bordered by the Union Canal on its north-western boundary, will include a mix of one, three, four, and five-bedroom homes, including cottage flats, terraced homes, and detached properties.

A quarter of homes will be designated as affordable and will be delivered for Dunedin Canmore Housing Association at a later stage of the site’s development.

Extensive consultation with planners and the local community led to access for the site being carefully modified. CALA Homes has outlined a strict traffic management plan to ensure maximum possible safety around the development. It will also work with the council to assess a traffic order to improve road and pedestrian safety around nearby schools.

Derek Lawson, strategic land director with CALA Homes (East), said: “This approval is the result of effective engagement with the local community and that has been instrumental in shaping our proposals. Latterly, this has enabled us to work with neighbours to deliver major changes to the site access.

“Likewise, the West Lothian planning department has been consulted and kept closely informed at all stages. We’re looking forward to developing the site in the months ahead and providing a range of homes that become a positive addition to this area.

“We will continue that communication throughout the construction process, to hopefully ease some local concerns – and will work to establish a community liaison group.”

The approval comes five years after the developer first signalled its intentions for the location.

Located a few hundred metres from both Linlithgow Academy and Linlithgow Primary School, the site is especially well-connected, with walking and cycle access to the town centre and to the countryside to the south, including to Beecraigs Country Park.

Preston Farm follows on from a number of previous developments CALA Homes has had in Linlithgow, the most recent being Queenswood, which was launched last summer and is delivering a mix of quality homes. Prior to this was The Oaks in 2017, an exclusive development of five homes.

Derek added: “It’s already clear this development will help meet a real need for new homes, as we’re receiving enquiries from prospective buyers. With a fair wind, we’re hopeful of starting on site later this year.”