Calum Allmond: As Edinburgh tightens net on short-term lets, what are the options for property owners and landlords? 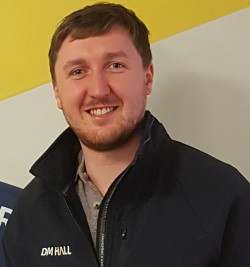 It was always on the cards that if restrictions were to be introduced on short-term letting in Scotland, Edinburgh would be first out of the blocks. And, sure enough, the council last month introduced a city-wide “control zone”.

The capital, which for obvious reasons is the country’s tourist Mecca, has become a magnet for Airbnb-style short-term lets over the last decade, leading to concerns about housing shortages and perceptions about anti-social behaviour.

Under draft proposals which will now go to Scottish Government Ministers for final approval, property owners will soon need planning permission to be able to operate short-term lettings and will have to apply for a change of use certificate from the planning department.

What is less well known is that the council has always had the power to require planning permission in the event of a material change in environment, such as short-term rentals. The difference is that, from now on, this will be mandatory.

It should be noted that the proposals only apply to secondary lettings, i.e., properties which are not an owner’s primary residence. People will still be able to let out their homes while on holiday, or rooms in their home while they remain in residence.

However, while the new restrictions appear to be forging ahead, it still remains unclear what policies the local authority will eventually apply. The current Development Plan – the overarching guide to future council thinking – makes no mention whatsoever of short-term lets.

Nor, surprisingly, does the document designed to replace it, the City Plan 2030, which again does not concern itself with the issue – making it increasingly difficult for property owners to plan ahead.

One can only speculate at the moment about whether permissions will be granted for continued short-term use, and on what grounds. Nor is there any clarity about whether numerical limits will be imposed.

Were there to be limits, it would be reasonable to assume that applications would be allocated on a first-come, first-served basis, so landlords hoping to remain in the market might be advised to act sooner, rather than later.

There is, of course, an existing provision in law whereby if a short-term let has been operating for more than 10 years, with no action against it by the council and no action to conceal its operation, then it is entitled to a Certificate of Lawfulness to continue operation, though necessary evidence will be required.

As of the start of this month, there have been nine applications so far this year for planning permissions for short-term lets, only two of which have been granted – and they both involved Certificates of Lawfulness.

What to do if applications fail is clearly now a matter of immediate concern for property owners and DM Hall’s specialist rural arm Baird Lumsden is currently embarked on an information campaign around the sales, letting and management options which remain open.

It has gone into the issue in depth, in anticipation that Highland Council will be the next authority to impose short-term let restrictions around the Badenoch and Strathspey area, and is reaching out to concerned parties.

Informed and impartial advice of this nature is something of a port in a storm for property owners who are caught between a rock and a hard place as the restriction net tightens.

There has been anecdotal evidence of landlords exiting the short-term market and moving to longer lets in the private rental sector. But regulation in this sphere of activity is getting stricter all the time, and the imminent New Deal for Tenants will do nothing to ease landlord pain.

On a superficial level, it is easy to understand the council’s hope that properties taken out of short-term lets will find their way back into the housing stock, thus easing ongoing shortages.

But a counter-argument, articulated by bodies such as the Association of Scotland’s Self-Caterers, is that lack of house-building is as much of a contributory factor to shortages, and that short-term lets bring in huge volumes of valuable tourism revenue to the city.

As things are, some smaller operators may indeed be forced to sell up and quit the market, although larger letting concerns will almost certainly continue to jump through the necessary hoops.

In this volatile environment, expert professional advice is the only real safeguard, and prudent property owners and landlords will seek it out as timeously as possible.