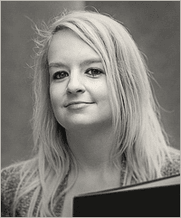 In the wake of a coroner’s report into the death of a social housing tenant from a mouldy home, solicitor Claire Camp­bell highlights that ten­ants could be en­ti­tled to com­pen­sa­tion if they have suf­fered in­jury.

The press has been full of the tragic story of Awaab Ishak, a two-year-old who died in England as a result of exposure to mould in his family home. An inquest confirmed that Awaab died in December 2020 after being exposed to damp and mould for a prolonged period, despite multiple complaints made by his family to Rochdale Boroughwide Housing (RBH).

The family moved to the flat in 2016, before Awaab was born, and complaints were made about damp as early as 2017. RBH simply advised the family to paint over that and conditions continued to deteriorate. The coroner found a lack of proactive response to the family’s complaints and Awaab developed a severe respiratory condition as a result. It is beyond belief that this could happen in the UK in 2022.

Unfortunately, this was not an isolated case and the same issues are arising in hundreds of properties across the UK. I have acted, and continue to act for, several clients who describe horrific living conditions, with exposure to damp and mould in properties of various councils and housing associations throughout the country.

Clients have provided photographs highlighting grim living conditions, with mould often having spread from the building itself to their own possessions such as bedding and clothes. Complaints have been made and ignored, or ineffective quick-fix solutions offered. Shockingly, blame is often put on tenants for the issues, as was the case for the Ishak family as RBH made assumptions about their culture and lifestyle.

Mould is caused by damp conditions, such as condensation, and can be extremely harmful as particles can be released into the air. Some people are more sensitive to it than others, particularly those who are atopic and already suffer from asthma, allergies or eczema. Those with weak immune systems, the elderly and children are also at greater risk, as highlighted by Awaab’s case.

Exposure to mould can lead to exacerbation of pre-existing lung and skin diseases, or cause new conditions to occur. There is also likely to be a psychiatric impact from living in such poor conditions. Many clients I have acted for have understandably become extremely anxious about the effect of their living conditions on their own health and their families, as well as stressed about the frequent, fruitless, complaints they have had to make.

In rented properties, landlords have a duty to ensure homes are safe, suitable and fit for human habitation but it is clear that all too many are failing on this. The problem is widespread, highlighted by one of my clients, who were finally moved out of their damp property into another housing association property, but found this had similar issues of damp. Complaints made by tenants regarding mould and damp ought to be investigated immediately.

It seems clear that social housing providers have just not been aware of the level of risk from such exposure and not taken the issue seriously. Hopefully, Awaab’s death will be a wake-up call for social housing providers. In any event, if tenants have suffered injury as a result of such failures by landlords, they could be entitled to compensation.