Around 100,000 new trees are to be planted throughout the Outer Hebrides by 2020 thanks to an initiative set up by a community wind farm charity. 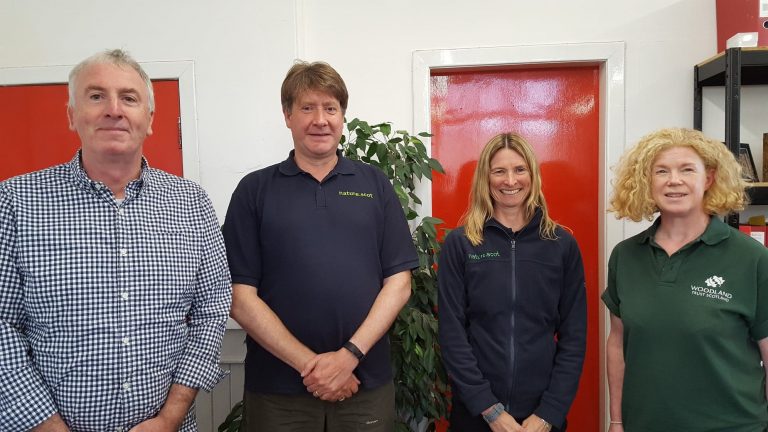 Now the trust’s Western Isles Croft Woodlands Project, set up in 2016 in partnership with the Woodland Trust, will see 100,000 trees planted over four years for a cost of £280,000.

Around £10 million has been set aside by Westminster to encourage the planting of 130,000 trees around England’s towns and cities.

Scotland’s nature advisers have welcomed the move as a “significant contribution” in the fight to curb climate change.

During a visit to the Lewis wind farm, David Maclennan, Argyll and the Outer Hebrides area manager for Scottish Natural Heritage (SHN), said: “Small areas of woodland on good ground are exactly what we need to see in the Outer Hebrides – they will, over time, have a positive landscape impact, and by using largely native trees there will be benefits for biodiversity.

“With over 100,000 trees expected to be planted by 2020, that’s a significant contribution – and there is clearly potential to do a lot more.

“As well as the landscape and biodiversity benefits, these new trees will also help to absorb carbon from the atmosphere and contribute to our collective efforts to respond to the climate challenge.”

Calum MacDonald, the former Western Isles MP who piloted the first Crofter Forestry Act through Parliament in the 1990s before turning community wind farm developer and creating Beinn Ghrideag, is delighted the new wave of crofter forestry is proving so successful.

He said: “This shows that community wind farms are in the vanguard of the fight against climate change. Not only has Beinn Ghrideag funded the planting of 100,000 trees and more through the Croft Woodland Western Isles Project but we also followed best practice in terms of peat restoration during the construction phase of the wind farm in order to minimise the peat disturbance and the amount of carbon it released.

“This method was so successful, in fact, that research by Lews Castle College at Beinn Ghrideag showed it had a carbon payback time of just 47 days – a drastic reduction on the previous estimate for wind farms of 2.3 years.”