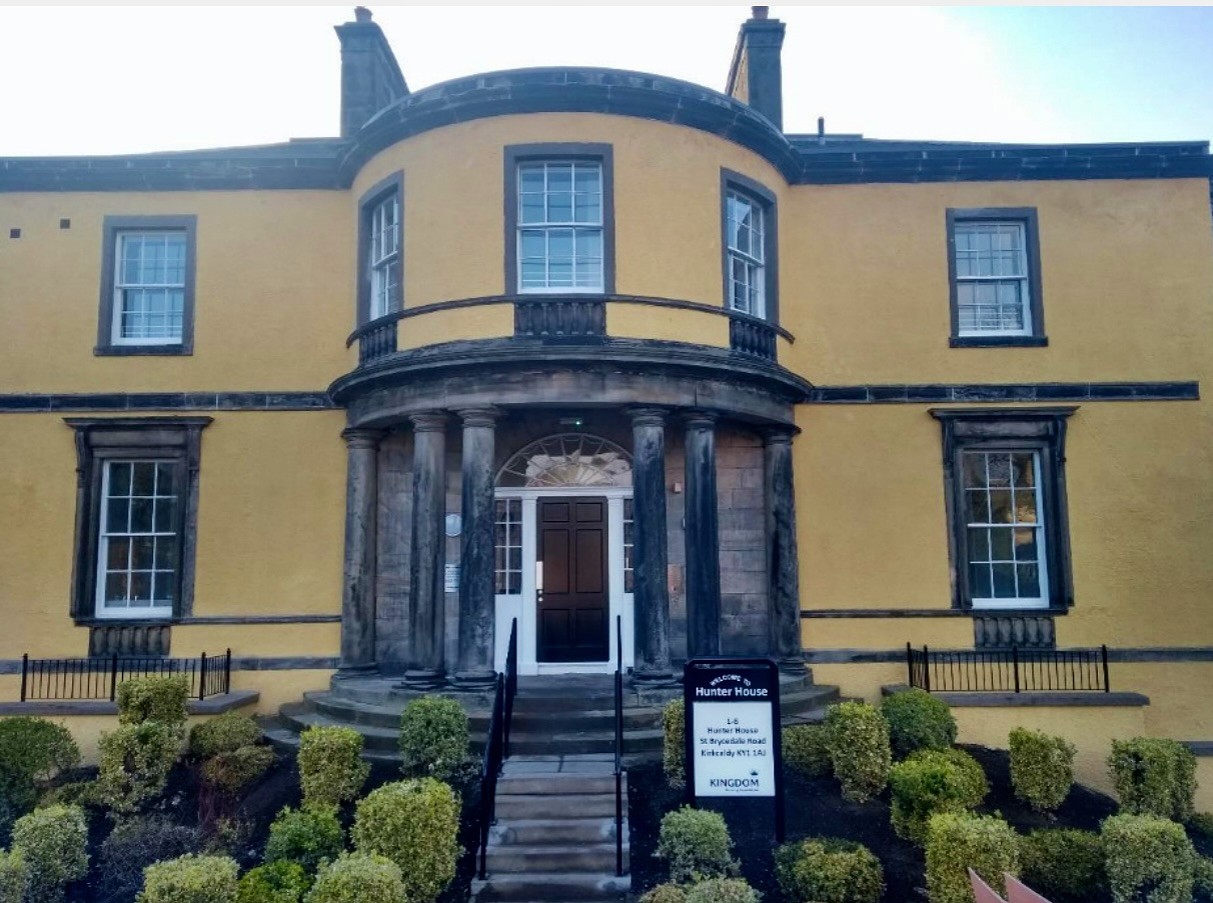 The renovated Hunter House in Kirkcaldy

Kingdom Housing Association is celebrating winning three awards for the renovation of Hunter House in Kirkcaldy, a Category B listed building, at the 2022 Green Apple Environment Excellence Awards.

The awards are an annual international campaign to recognise, reward and promote environmental best practice around the world.

Bill Banks, Kingdom group chief executive, said: “We are all delighted to be recognised for these International Green Apple Awards. The redevelopment of Hunter House will ensure the longevity of a classic building in Kirkcaldy town centre, through providing additional affordable housing to help support the Rapid Rehousing Strategy in Fife.”

Bill added: “It’s fantastic to collect these awards. We have a long track record of working collaboratively with others and the Hunter House project would not have been possible without the input from staff across Kingdom and the support from many partners who we work with on a regular basis, therefore I’d like to thank all the organisations and individuals who have contributed to delivery of this successful project.”

Kingdom Housing Association lifted the Gold Award in the Listed Building and Heritage Project category, Gold in the Refurbishment category, and Silver in the Residential category.

The sympathetic conversion of Hunter House, originally known as St Brycedale House and dating back to 1785, protects many of the internal features including the entrance hall, staircase and principal oval rooms.

The redevelopment project cost over £880,000, and the Scottish Government and Fife Council provided around £400,000 in subsidy to support the Hunter House redevelopment. Bracewell Stirling Architects designed the project as part of a design and build contract that was undertaken for Kingdom by Campion Homes, who also funded the furniture packs to support homeless people who will move into Hunter House. The residents who move into the new homes will receive personalised support from Kingdom Support and Care, a Kingdom Housing Association subsidiary.

Julie Watson, Kingdom’s head of capital investment, said: “The project was challenging at times, however it was also rewarding and I’m delighted that our renovation work at Hunter House in Kirkcaldy has been recognised by Green Apple for three awards in their Beautiful Buildings categories. This iconic building has had several custodians over the years and I’m really pleased that we have been able to restore and improve it to make additional affordable housing available in this unique building.”

Julie added: “In recent years it has been difficult to find a use for this listed building and over the years there have been various short term lease occupiers, or it has been unoccupied. After extensive consultation with the local community I’m very happy that future residents will be able to enjoy the stunning interior features for many years to come.”

The Green Apple Awards began in 1994 and have become established as the country’s major recognition for environmental endeavour among companies, councils, communities and countries.