East Lothian Council has approved plans for 1,500 new homes as part of a new development in Musselburgh.

Planning permission in principle was granted yesterday for the mixed-use development at Old Craighall which will also include a primary school, business space, community facilities and public parks. 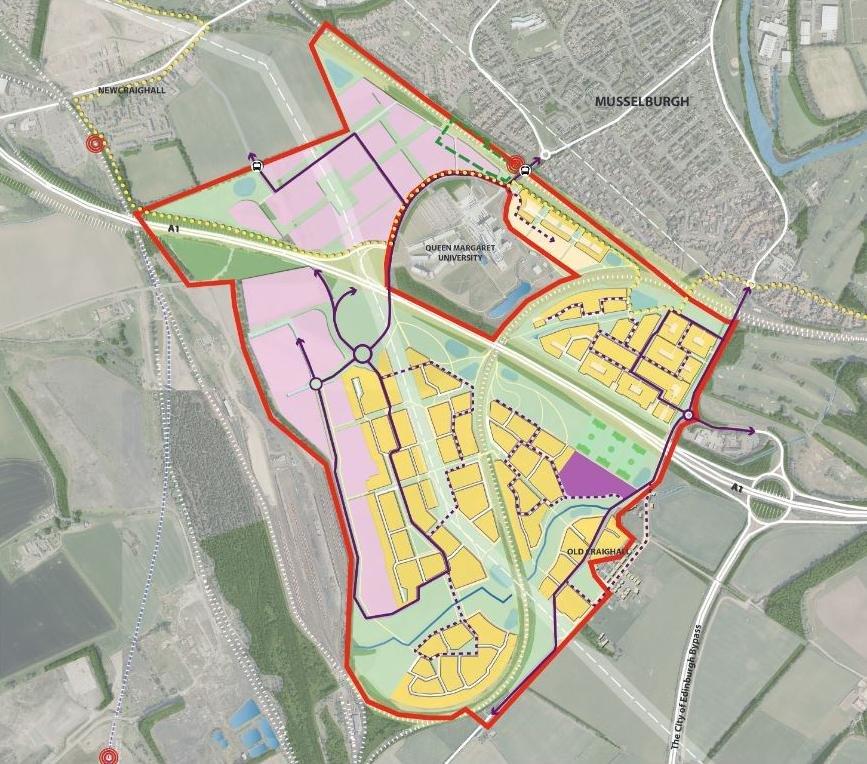 As part of the overall site, a separate application by Persimmon Homes for detailed planning permission for 370 houses and 103 flats was also approved by the council’s planning committee. This first phase of housing includes 118 affordable units.

It is anticipated the majority of the remaining 1,027 homes will be built south of the A1.

The application for the mixed use development at Old Craighall, as allocated in the Local Development Plan, was submitted following community consultation, including a public event at The Brunton, Musselburgh. The total site is 116.5 hectares and refers to land around Queen Margaret University (QMU) and Musselburgh railway station and to the north and south of the A1. The plans include improvements to the junction off the A1 at QMU as well as the creation of pedestrian and cycle routes, including the council’s Segregated Active Travel Corridor.

The Innovation Hub at Queen Margaret University is part of the multi-million pound Edinburgh & South East Scotland City Region Deal, which will contribute to the joint development between East Lothian Council and QMU. The hub will facilitate an expansion of the university’s existing Scottish Centre for Food Development and Innovation and will also provide flexible commercial space for small and medium sized businesses in the food & drink sector.

Council officers had recommended granting of permission in principle for the two applications with conditions and a Section 75 agreement to fund transport infrastructure improvements, contributions for the new primary school and for secondary education provision and for community pitches. Planning committee members unanimously agreed to approve both applications.

Other applications decided at yesterday’s meeting were: