England: Everyone In scheme risks trapping more than 9,000 people in homelessness 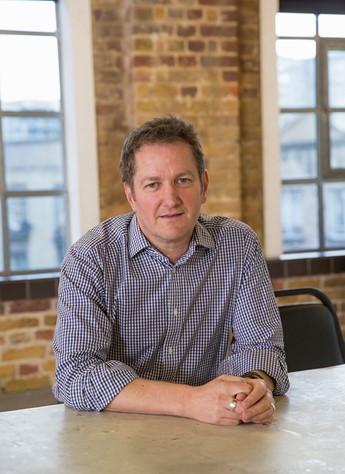 Over 9,000 people with the most serious support needs, such as trauma, physical and mental health problems and drug and alcohol dependencies, are at risk of being trapped in a cycle of homelessness because there aren’t enough Housing First programmes available in England to support them into a permanent home, the homelessness charity Crisis has warned in a new report published today.

Launched in response to the COVID-19 pandemic, the Everyone In scheme saw more than 37,000 people experiencing the worst forms of homelessness move into emergency accommodation where they could safely isolate from the virus.

But with no national directive and insufficient funding to continue the scheme, coupled with a lack of affordable housing to support people in to, many councils are being forced to close this emergency accommodation, leaving thousands at risk of being forced onto the streets or remaining trapped in unsuitable temporary accommodation. This is particularly problematic for people with multiple and serious needs who require more intensive help through programmes like Housing First to end their homelessness, but far more need this support than there are places available.

Crisis is warning that without funding to nationally roll-out Housing First in the autumn spending review, the government is at serious risk of undermining the progress it’s made towards achieving its commitment to end rough sleeping by 2024. In London, official figures indicate that the number of people deemed to be living on the streets has already returned to pre-pandemic levels.

Unlike other homelessness programmes, Housing First works on the principle that someone is provided with a stable ordinary home first and then tailored unconditional support, for issues such as trauma, mental health and addiction, is provided alongside this for as long as it’s needed. Rather than making tackling these issues a condition of being able to access a tenancy.

Previous research by Crisis and Homeless Link estimate that around 16,400 people in England need Housing First to end their homelessness but currently there are just 2,000 places available. By rolling the scheme out nationally, Crisis analysis shows that for every £1 invested in Housing First, £1.24 of savings will be made to the public purse due to the reduction in the use of homelessness and other related services such as health and criminal justice.

The warning comes as Crisis relaunches Home for All a campaign which is calling on the Westminster government to commit to a national strategy that will tackle rough sleeping and homelessness so that everyone, helped during the pandemic and in the future, can move into a safe and stable home – starting with the national roll-out of Housing First.

Jon Sparkes, Crisis chief executive at Crisis, said: “It’s extremely concerning that thousands of people with serious and complicated needs could be at risk of remaining trapped in a cycle of homelessness because we do not have enough Housing First programmes to support them.

“The past 18 months have shown what can be done when we prioritise tackling one of the greatest social injustices of our time – but we need to go further. The job isn’t finished until people are moved into permanent homes and provided with the support they need to keep it. We cannot allow people to drift from night shelter to night shelter as they struggle to deal with the fallout from a lack of ongoing support.

“As we rebuild from the pandemic it’s crucial that we seize this moment and invest in the national roll-out of Housing First so that thousands of people can be given the chance of creating a life away from homelessness. That’s why we are relaunching a campaign today to ensure there is a home for all.”