Four of the UK’s biggest housing developers are being investigated by the Competition and Markets Authority (CMA) over concerns they may have broken consumer protection law in relation to leasehold homes. 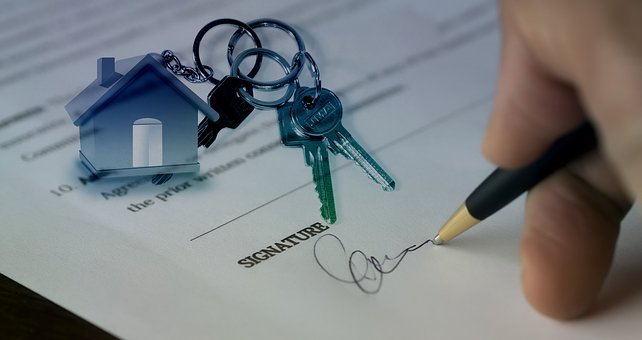 Millions of properties in England have been sold as leaseholds, with the buyer getting a mortgage to live in the property, but also having to pay ground rent to the owners of the freehold.

Buyers of new homes discovered that they were tied into contracts that saw ground rents become hugely more expensive, with the freehold sometimes having been sold on to a third-party.

Some also faced large fees when they planned to add an extension to their property or even basic home improvements.

It prompted campaigners to describe the situation as “fleecehold”, with an estimated 100,000 people affected.

The move comes after the CMA uncovered troubling evidence of potentially unfair terms concerning ground rents in leasehold contracts and potential mis-selling. The regulator is concerned that leasehold homeowners may have been unfairly treated and that buyers may have been misled by developers.

The CMA’s action relates to the following areas of concern:

Alongside these issues, the CMA will also be looking further into ground rent increases based on the Retail Price Index (RPI) and may take enforcement action should it find evidence of unfair practices in relation to these. In particular, the CMA is concerned about the fairness of escalating ground rent terms linked to RPI and that these are not always effectively explained by developers when discussing RPI-based ground rent with prospective homeowners.

The CMA will also be investigating certain firms who bought freeholds from these developers and have continued to use the same unfair leasehold contract terms.

The CMA has now written to Barratt, Countryside, Persimmon, and Taylor Wimpey outlining its concerns and requiring information.

How the case proceeds will depend on the CMA’s assessment of the evidence. Possible outcomes include legal commitments from the companies to change the way they do business, or if necessary, the CMA could take firms to court.

“Everyone involved in selling leasehold homes should take note: if our investigation demonstrates that there has been mis-selling or unfair contract terms, these will not be tolerated.”

Alongside its enforcement action, the CMA is also sending letters to a number of other developers, encouraging them to review their practices to make sure they are treating consumers fairly and complying with the law.

For people who own, or are looking to buy, a leasehold property, the CMA has produced written and video guidance, which offers advice on a number of issues, including what people can do when faced with fees and charges they consider unjustified.

The CMA said it will continue to work with the UK Government on its reform plans for the leasehold market, including supporting the move to ban the sale of new leasehold houses and reduce ground rents for new leases to zero.

In response, Taylor Wimpey said: “The board takes this very seriously and Taylor Wimpey will continue to fully cooperate with the CMA, provide the further information to be requested by the CMA in the coming weeks and work with them to better understand their position.”

Barratt Developments added: “The group is committed to putting its customers first and will continue to cooperate with the CMA whilst it completes its investigation.”