Local customers in Fife will be the first in the world to heat their homes and cook their food using 100% zero carbon hydrogen, produced through electrolysis powered by an offshore wind turbine, supplied through a new network connected to 300 homes.

The commitment from SGN follows confirmation that Ofgem, the energy regulator, will award up to £18 million from its annual Network Innovation Competition, to support the development of the new hydrogen network. Ofgem’s decision triggers a further investment of £6.9m from the Scottish Government. 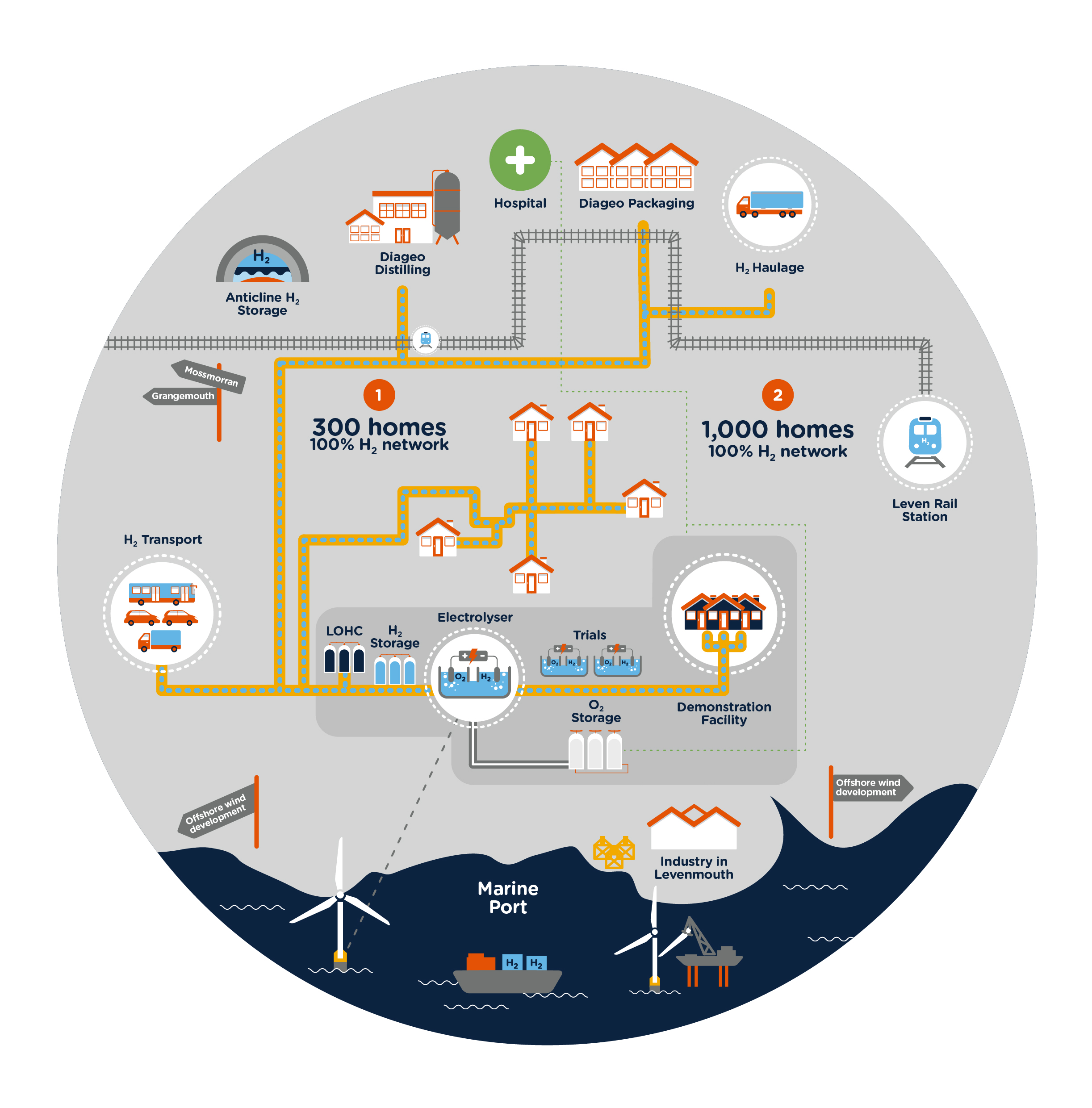 SGN’s shareholders and Britain’s three other gas distribution networks are also providing funding for the project. Participating customers will use hydrogen boilers, heaters and cooking appliances in their homes during the 4.5-year initial trial, providing valuable insight into how 100% hydrogen can support day-to-day living all year round.

Called H100 Fife, phase one of the project will connect an initial 300 homes in Levenmouth to a new hydrogen network from the end of 2022, with potential expansion of up to 1000 homes following a successful completion of phase one.

H100 Fife is a key component of the national hydrogen programme and aims to deliver the critical evidence base that proves hydrogen as a viable and zero carbon alternative to heat the 23 million homes currently fitted with natural gas boilers.

The project was referenced in the Prime Minister’s Ten Point Plan for a Green Industrial Revolution launched on November 17 and supports the ambition of a pilot hydrogen town before the end of the decade. SGN’s director of energy futures, Angus McIntosh, said: “H100 Fife is the UK’s priority project in this area and is designed to demonstrate hydrogen distribution and in-home performance in a real-world setting. It’s an exciting opportunity to revolutionise the way millions of people heat their homes. The hydrogen appliances will connect to the existing pipes in the home for zero carbon heating and cooking with minimal disruption and with no need to replace existing radiators or plumbing.”

Speaking about this year’s NIC award winners, Jonathan Brearley, chief executive of Ofgem, said: “The winning projects were those which showed the most potential to make the game-changing leaps in technology we need to build a greener, fairer energy system at the lowest cost to consumers.”