Emergency services were called out to the former Jordanhill College building in Glasgow at the weekend after a large fire broke out at the housing development site. 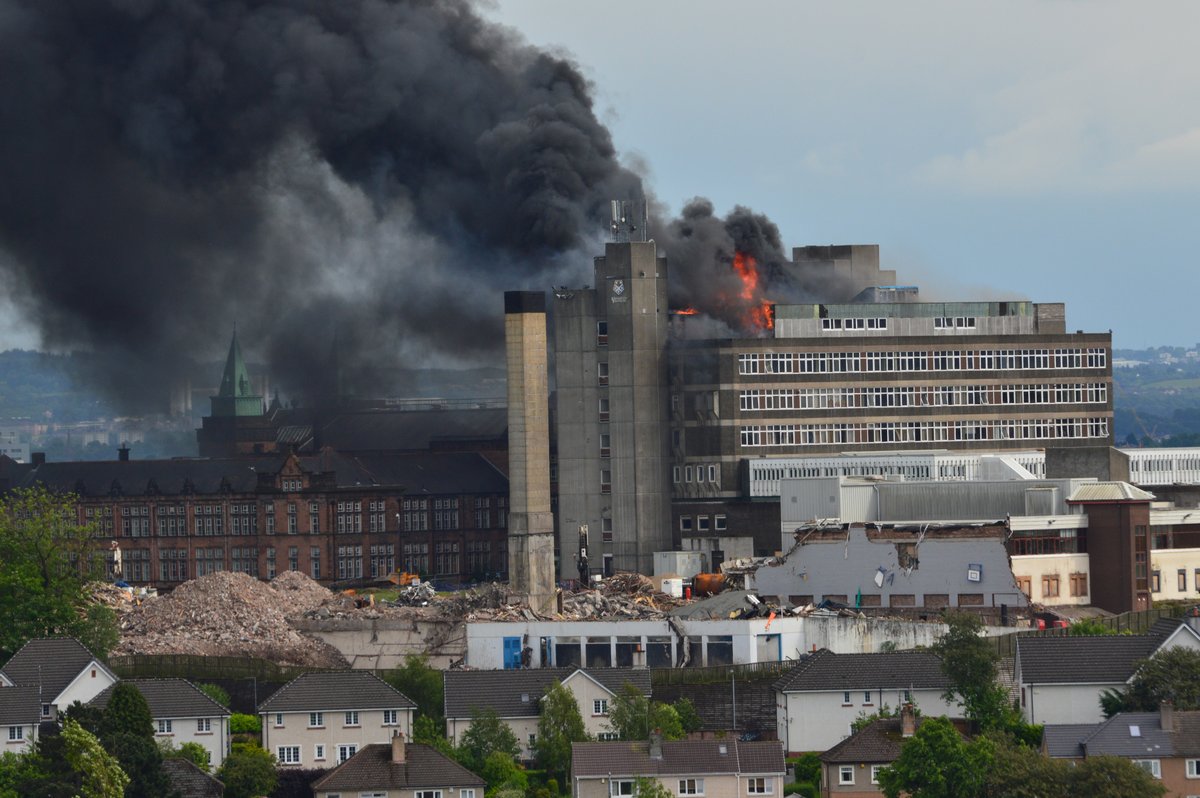 The blaze began at the derelict Sir Henry Wood building just before 16:00 on Saturday.

The building forms part of a CALA Homes (West) redevelopment of more than 400 flats.

The Scottish Fire and Rescue Service said 18 firefighters were in attendance at its height.

A spokeswoman for the fire service said: “The Scottish Fire and Rescue Service was alerted at 3.57pm on Saturday 8 June to reports of a fire in a derelict building in Glasgow.

“Operation control mobilised four fire engines and the crews were met by a well-developed fire.”

The fire was brought under control but the fire service remained at the scene on Sunday until it was extinguished. No casualties were reported.

A spokesperson for CALA Homes (West) told our sister publication Scottish Construction Now: “On Saturday afternoon we were alerted to a fire in the derelict Sir Henry Wood building at our Jordanhill Park development. We have been informed by the Scottish Fire and Rescue Service that the fire was contained to this building and has now been extinguished. We would like to express our sincere gratitude to the fire officers involved for their efforts in bringing the situation under control.”