Housing associations in Renfrewshire and East Renfrewshire have shone the spotlight on the work they do helping communities. 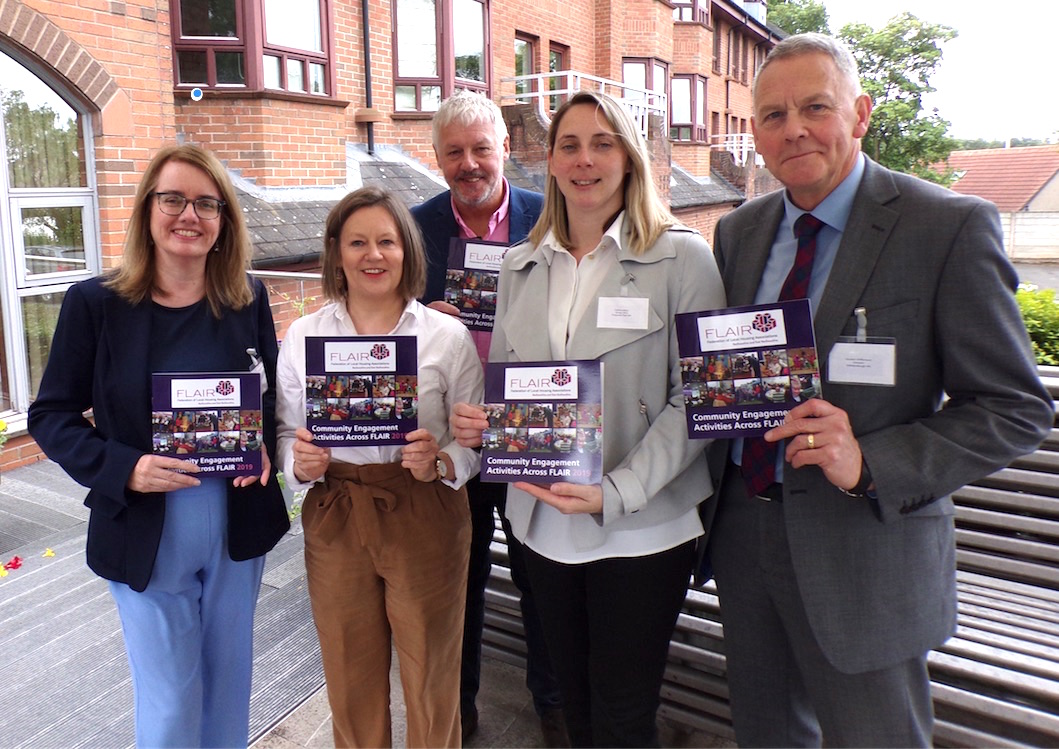 The chief executives of five of the six housing associations with the newly-produced brochure (from left) Adele Fraser of Linstone; Kathleen McCutcheon of Paisley; Ian McLean of Bridgewater; Catrina Miller of Ferguslie Park and Gordon Williamson of Williamsburgh

FLAIR – made up of six social housing providers – have been at the forefront of regeneration for 30 years as they strive to improve housing and make lives better.

Now they have produced a colourful publication – marking three decades of collaborative activity – which defines the work they undertake in their respective communities.

It was launched at the FLAIR annual conference held in Paisley and attended by all six – Barrhead HA, Bridgewater HA, Ferguslie Park HA, Linstone HA, Paisley HA and Williamsburgh HA.

The publication - entitled ‘Community Engagement Activities Across Flair’ is an impressive insight into the sheer scale of the activities being undertaken by the housing associations. They include creating a community garden, a project to increase digital skills, providing DIY skills to residents and promoting arts and culture.

When the work of all six is combined it is a powerful reminder of the deep roots each has grown in their communities.

Meanwhile, the well attended conference heard from keynote speaker Sabir Zazai, chief executive of the Scottish Refugee Council, who spoke of the historic welcome Scotland has always had for refugees.

Sabir from Afghanistan – himself a former refugee who came to the UK - spoke of the contrast between highly-developed countries like Scotland and his own country where simple things which we take for granted such as electricity are often beyond the reach of others. He spoke of the importance of the Scottish Refugee Council which “supports refugees and asylum seekers to rebuild their lives in Scotland”.

Sabir arrived in the UK as an asylum seeker in 1999, fleeing the conflict in Afghanistan. He was dispersed to Coventry, where he lived and became involved in local community initiatives.

Now based in Scotland, he is the 2019 winner of the Lord Provost’s Human Rights Award and has also received an Honorary Doctorate from the University of Glasgow for his services to civil society over the last 20 years in the UK. Happily, his 79-year-old father Mohamed was able to journey from Afghanistan to witness for himself his son’s achievement.

A spokesperson for FLAIR said: “The Conference was a great success and we found the words of Sabir Zazai illuminating and highly relevant to the work we do. In addition, our new brochure brings together the best examples of the activities we undertake as we continue to support our communities in Renfrewshire and East Renfrewshire.”