Fringe comedy stars to raise the roof for Shelter Scotland

Half a dozen of the comedy world’s finest rib-ticklers have signed-up to bring in the laughs and the cash for Shelter Scotland at this year’s Edinburgh Festival Fringe. 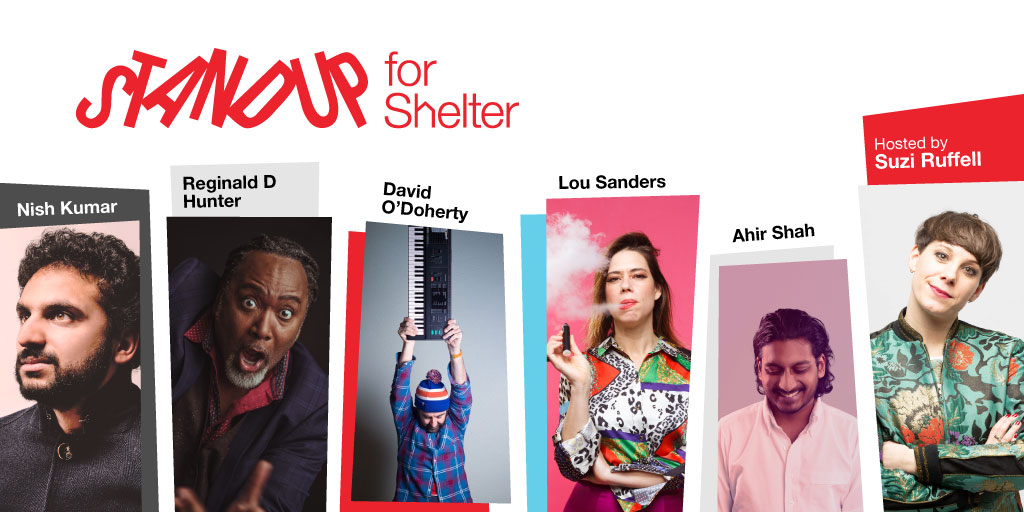 For one night only, on August 13, a limited number of lucky fringe-goers can see Nish Kumar, Reginald D Hunter, David O’Doherty, Lou Sanders, Ahir Shah and Suzi Ruffell in one event at the George Street Square Gardens Underbelly Cow.

Suzi Ruffell will be reprising her role as host of the Stand Up for Shelter benefit while Lou Sanders joins the line-up fresh from winning TV’s Taskmaster.

Graeme Brown, director of Shelter Scotland, said: “We’re thrilled to have such stellar line-up of comedy talent joining our fight against the housing emergency.

“There’s nothing funny about housing or homelessness but everyone can do their bit to fight the injustice that leaves millions of people without a secure home across the UK, even comedians and fans.

“Come to the show and help us raise the roof and vital funds because it’s not right that so many people are living without something as fundamental as a home and we need to continue to help those bearing the brunt of decades of failed housing policy.”

Tickets for Stand Up for Shelter cost £13 with profits going to Shelter and Shelter Scotland. They are available on the Underbelly website.

The hour-long show starts at 6.10pm on Tuesday 13th August.