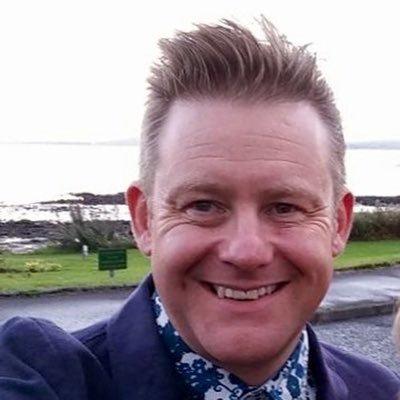 Like all of these announcements, there are winners and losers. In brief terms, it would appear the winners are health and welfare (with some reservations) and the losers – just about everyone else.

The spending review looks at boosting the NHS budget at a time of real stress and also provides more in the way of benefits too. Other spending lines are either flat cash, meaning a substantial reduction at a time of high inflation and wage demand growth, or cash-terms cuts.

The Scottish Government’s centrepiece of policy will be the establishment of the National Care Service – an issue that has been troubling many people who work in homelessness – particularly those who offer supported accommodation. It is thought that the SG hope that through this centralisation of approach efficiencies can be driven that will both improve standards and save cash. Needless to say, many have their doubts.

It is certainly true that measures to alleviate child poverty are warmly welcomed. Better looking after our children can only be a good thing, but there remain huge worries about housing and homelessness.

As HAS have pointed out continually over many years, the housing market is not serving people properly. Rents – particularly in the private sector – are far too high and the market remains unregulated. As things stand, this is unsustainable.

It would be easy to welcome any uplift in benefit rates as an unquestioned good thing. However, would it not be a travesty if the increases in benefits – particularly those aimed at families – ended up in the back pockets of private landlords and not in the wallets of the struggling families as intended?

We have written extensively about managing the market to ensure fairer rents and have expressed our doubts about the effectiveness of market regulation. We have been clear that the only way to dampen private sector rent levels is to build a cheaper alternative for people. Socially rented homes need to be a priority. The RSR offers little hope for the huge expansion of socially rented homes that Scotland needs so urgently.

The other deep concern is the flat cash settlement for local government: local government is the primary driver of housing and homelessness services. Local government has very strict targets and monitoring when it comes to education and social work provision, but sometimes the provision of housing and homelessness services has seen less scrutiny. The provision of new homes for social rent has not increased anywhere near the levels of demand. Hence the record rents charged in the private sector as demand outstrips supply.

Local government will need to shrink to deal with the cuts it faces, but where those cuts will fall is unclear. Will money be ring-fenced for some keystone issues, such as homelessness prevention? Will cash for housing advice services be ring-fenced similarly?

Cosla has always fought ringfencing as it claims it damages the democratic link between the electorate and councils. However, it is likely that the establishment of the National Care Service combined with the overall shrinking of local government budgets will put huge pressure on councils – and just like the Spending Review itself, there will be winners and losers.

HAS believes that the provision of social housing should be the main priority for this Scottish Government. Social housing – properly affordable with fuel-saving insulation and modern heating systems- will help deal with poverty. It is the ultimate spend-to-save policy proposal. Developing assets that people pay to use and that still increase in value, year on year. Literally, what’s not to like about that?

Doing more of the same will mean increases in poverty, services struggling even more, and rents rising astronomically, driving inflation even higher.

Elsewhere in the Spending Review, we note that the police, prison service and courts systems are all on flat cash settlements. Those who work in those areas are already engaged in bargaining for wage claims to meet the estimated double-digit rise in inflation, and unless more cash comes forward it is likely that the only way for these services to live within budget will be through staff reductions. Already we have seen staffing issues damaging the progress made in the process of transition from prison to being properly housed. This is regrettable -the Shore Standards were a genuinely positive step forward. Similarly, the police have taken more humane and reflective approaches in recent years toward homeless people. It would be terrible if that changed due to issues around officer numbers on the streets.

At the end of the day, the Scottish Government chooses its priorities. That is the entire point of government and our democratic process. At HAS, we humbly suggest that by tackling the housing emergency first the Scottish Government can at the same time – and for the same money – take action on homelessness, poverty, net-zero, and improve education and employment prospects for all its citizens.