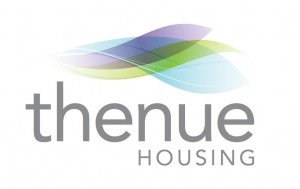 Thenue Housing can progress its plans for 45 homes for social rent after Glasgow City Council agreed to sell a former community centre site to the Association.

Members of the council’s contracts and property committee approved the off-market disposal of land to Thenue last week for an expected £135,000.

The Association now plans to develop the land at Lily Street and Connal Street, beside Springfield Road, which was previously occupied by Dalmarnock Community Centre.

The proposal is for 30 flats and 15 terraced houses, containing a mixture of two to four bedrooms.

Speaking to Scottish Housing News earlier this month, Thenue chief executive Charles Turner said: “We are seeking to build 45 properties on this site as we continue to invest an additional £6.9 million to provide much-needed housing in Glasgow’s East End. It’s too early to say precisely when any work might commence, but our starting off point is to seek planning approval for our project from Glasgow City Council.”