Green MSP Andy Wightman has accused the SNP and Scottish Conservatives of attempting to “sabotage” his proposals to tighten controls over short-term lets. 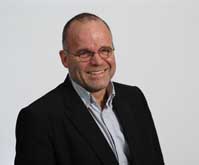 Mr Wightman’s proposed amendment to the Planning Bill would require planning permission to be sought in all cases where a property was being changed from a main dwelling to a commercial let.

However, the SNP and Tories are proposing that the measures should apply only in certain areas designated as “control areas”, with the approval of Scottish Government ministers.

The announcement follows months of intense lobbying from the short-term let industry and marks a U-turn both for the Tories, who supported Mr Wightman’s amendment at Stage 2, as well as the SNP, who said they supported its intention.

Mr Wightman said: “It’s shocking that SNP and Tories are lining up to sabotage my amendment on short term lets. What I was seeking to do is clarify and simplify the law governing change of use to make it easier for planning authorities to regulate the sector as they see fit.

“By making my amendment only applicable in defined areas, the rest of the country will be left with unclear rules about what constitutes a change of use. The Planning Bill was the opportunity to clarify this and the Government has had since October 2018 to discuss this with me. It has not done so and, instead has been working with the Tories behind the scenes to water down its impact.

“It is clear to me that the short term let industry has been successful in lobbying Ministers and the Conservative Party to weaken the Bill. Their changes will be worse than the status quo and Greens will be opposing the amendment at Stage 3.”