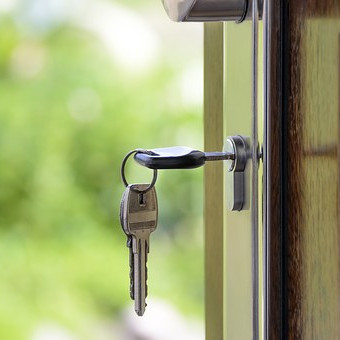 The Housing & Property Chamber of the First-tier Tribunal for Scotland (FTS) has made the first ever award of a Wrongful Termination Order, penalising a landlord who had evicted a tenant on bogus grounds.

Tenant Jesus Rodriguez-Ortega had rented a studio flat in Edinburgh from Cesar Dominguez-Lopez. Amid a fractious relationship, Cesar had told Jesus that he had a way to evict Jesus if he ever annoyed him again. Within days of asking for repairs to carried out, Jesus was given a Notice To Leave, with the stated ground being that the landlord wanted to move into the premises.

In the original eviction action before the First-tier Tribunal, the history of the tenancy and proof of the threat to evict were submitted in evidence. Acting for Jesus, Community Help & Advice Initiative (CHAI), the agency in the Edinburgh Housing Advice Partnership (EHAP), also pointed out that it was not credible to believe that Cesar, his partner and their child genuinely wished to move out of the three-bedroom property they owned and lived in, to take up residence in a one room studio flat.

Citing decisions from comparable legislative provisions, CHAI argued that Cesar’s claim of wanting to live in the studio could not be accepted as a settled and genuine intention. However, the tribunal held that the Scottish Parliament had set a very low bar for the landlord to have to meet, and granted the order for eviction.

In later assisting Jesus to apply to the FTS for a Wrongful Termination Order, CHAI again outlined the history of the tenancy and the ground for eviction. It was then shown that the landlord and his family had not moved into the studio flat. Indeed, within less than a month, repairs and redecoration had been carried out and new tenants had been found and moved in.

The tribunal found that the landlord had misled the tribunal in the eviction proceedings and that the applicant, Jesus, was entitled to a wrongful termination by eviction order. It awarded a penalty of £1,350, equivalent to three times the monthly rent under the original tenancy.

According to CHAI, the success in this case highlights the continuing danger for tenants of groundless and even revenge evictions under the PRT regime, which was supposed to provide improved protection. Having proved that a landlord can simply lie to tenants and ultimately to the tribunal, it said that the bar to be met has been set too low for landlords. In most cases a tenant will not know what has happened to the home they were made to leave or will not have the resources and expertise necessary to raise proceedings against their former landlord.

Andrew Wilson of CHAI and project manager for EHAP, who represented Jesus, said: “Although the tenant was granted the Wrongful Termination Order, he should never have been evicted in the first place. The Scottish Government must act to ensure tenants have access to free expert assistance, but it must also revisit the standard of proof to be met for granting evictions from PRTs and other private sector tenancies. That can be done easily by retaining some of the emergency measures introduced to help counter COVID-19, especially the requirement for landlords to prove eviction is reasonable in the circumstances.”

Mr Wilson added: “Above all, this case demonstrates the importance of tenants being able to access free expert advice and representation. Tenants deserve assistance while good landlords and Scots society as a whole deserve the assurance that the law will be upheld and rogue landlords will be held to account for their actions. Yet the availability of such services is under real threat, especially with local authorities under pressure to cut expenditure.

“The City of Edinburgh Council cut its funding for EHAP in 2019. In doing so, it turned its back on a decade of successful work done in preventing homelessness across the city.

“For now, advice and representation on housing rights and housing related debt for housing association tenants, private sector tenants and homeowners is reduced to a minimum and only available at all due to funding from the Scottish Legal Aid Board. That however is only provided twelve months at a time and we have no word whether it will continue after March this year. Unless the Scottish Government can commit to secure and longer-term funding for housing and money advice we cannot train and retain workers with the expertise and experience required.

“We dread to think how such underfunded services are going to cope with the fallout from the Covid-19 crisis. once periods for furlough and mortgage payment holidays come to an end and business closures and redundancies.”