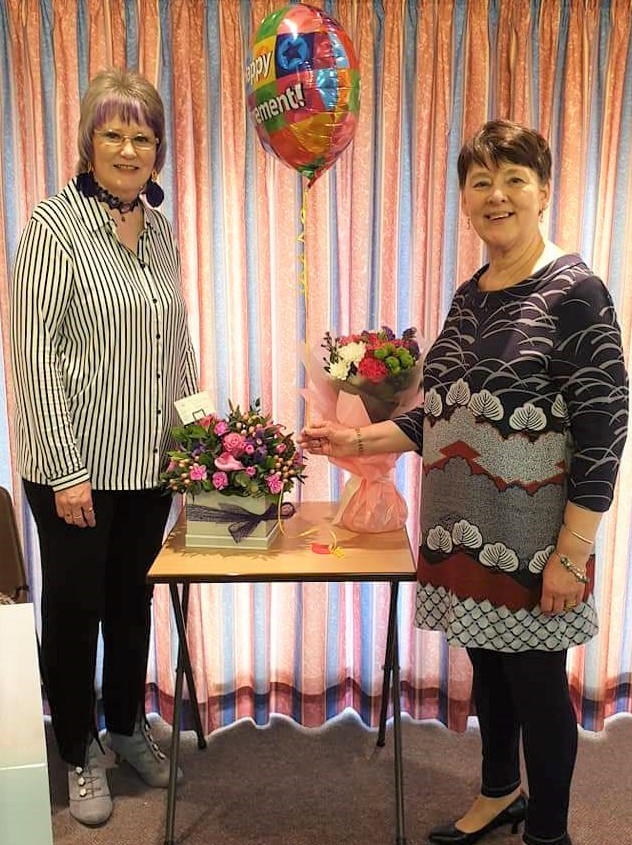 Residents, staff and friends of Taylor Court got together to say goodbye to June Maver and held a special afternoon tea at the development.

June had been told the party would be a quiet affair with a few residents attending, but was surprised by a host of guests, including colleagues from Hanover’s Elgin office; Donna Smart, the manager of another local Hanover sheltered housing development called Aigan Court; and Taylor Court’s previous manager, Natalie Whitney.

They were joined by musician Mike Hammer, previously of the band Herman’s Hermits, who has visited the development on a number of occasions over the last few years to perform for residents. Mike kindly treated guests at the retirement party to a few songs in honour of the occasion.

The party was organised by June’s colleague at Taylor Court, Joyce Morrison, who said: “June has put her heart and soul into everything she has done at Taylor Court and I know all the staff and residents will miss her greatly. We wanted to give her a retirement party to remember so invited everyone she has worked with and become friends with over the years. We hope she will have a very happy retirement.”

Hanover (Scotland)’s Taylor Court site is located in the northern side of Keith, with all the facilities of the town centre close by.