Hanover’s Kesson Court sweeps the board at Saltire Housing Awards 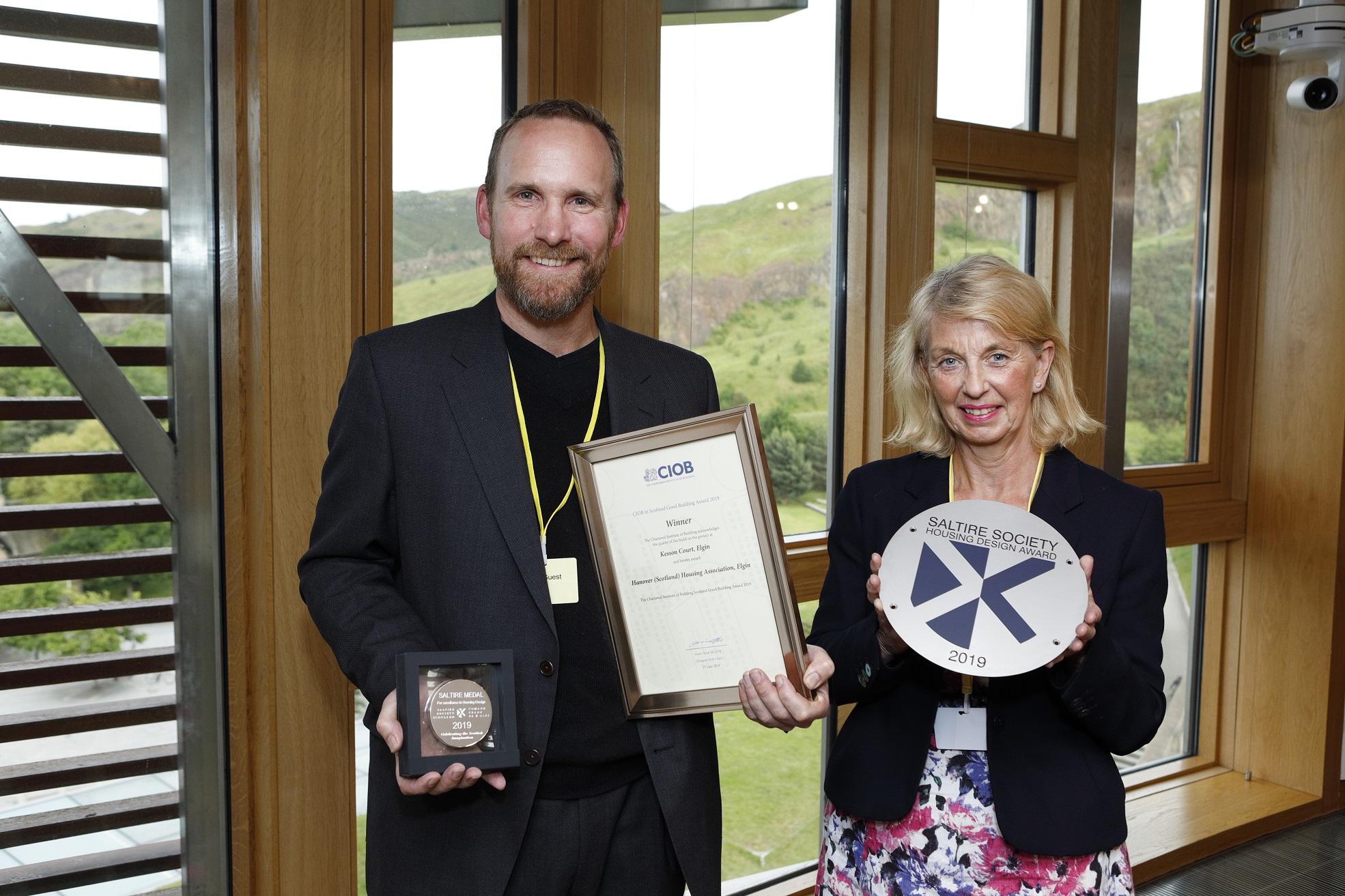 Kesson Court not only won the Saltire Housing Design Award but also the CIOB Building Award and the Saltire Medal at the Scottish Parliament event.

Helen Murdoch, CEO at Hanover (Scotland), said: “We are delighted that Kesson Court has won these prestigious awards and that we have been recognised for this great project. Kesson Court housing development is a great space and we are really pleased with the progressive design and features which will enable our residents to live the lives they want.”

The Saltire Society Housing Design Awards have been celebrating Scotland’s achievements in housing since 1937. These highly regarded awards both reward and advocate innovation and excellence in Scottish house building and place-making.

The awards come in a special year for Hanover (Scotland) Housing Association which is celebrating its 40th anniversary in 2019. Over the last 40 years, Hanover (Scotland) has been at the forefront of providing innovative care and housing to meet varying needs and supporting residents to experience full and active lives.