An Aberdeen property management firm has secured heritage funding to support residents of a city centre tenement who were facing a £330,000 bill for major roof works. 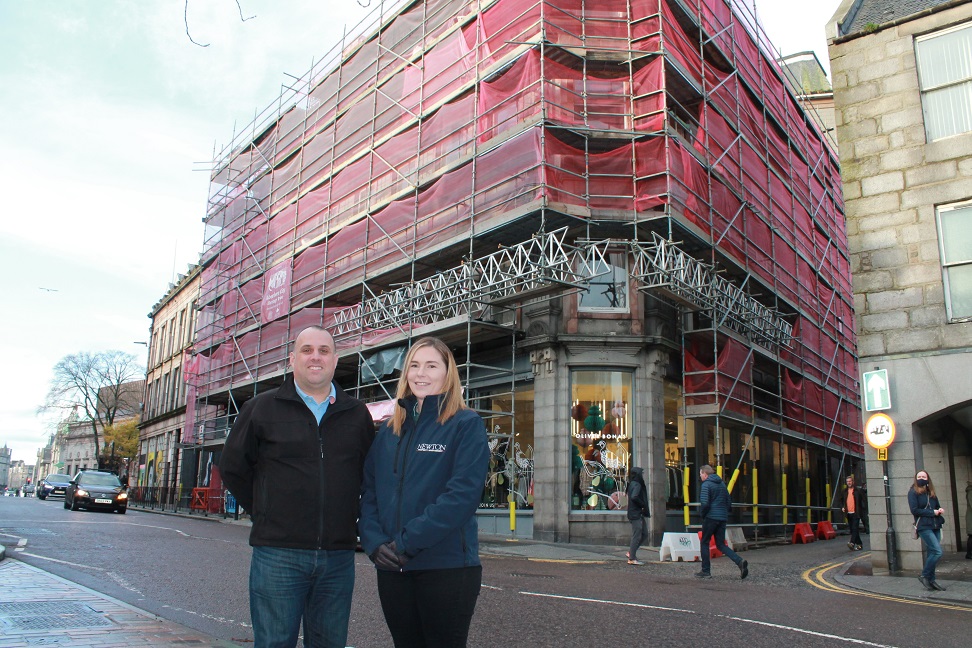 The 19th-century property in Aberdeen’s Schoolhill, which houses nine residential flats with shop, Oliver Bonas, in the ground floor retail unit, was in critical need of a roof renewal.

Newton Property Management, the factoring firm now looking after the building, worked with the city’s Atholls Chartered Surveyors to confirm that the granite tenement was in urgent need of roofing, stonework and window refurbishment work.

Jointly managing a tender process on behalf of the residents, a refurbishment cost of £330k was secured, which would have required each owner to stump up £21,000 each to complete the works, with a share of the overall costs also allocated commercial units on the ground floor.

However, having faced a similar issue with other old, granite tenements, Newton and Atholls approached Aberdeen City Heritage Trust and succeeded in securing funding to the value of £151,200 which reduced the average cost for the residents to £5,600.

Managing director (North Scotland) of Newton Property Management, Ross Watt, said: “Securing this funding has made a massive difference to the residents at Schoolhill who would have been out of pocket due to decades of wear and tear, which was outwith their control. We have worked with ACHT on a number of other city centre tenement upgrades, so we knew that this building would likely be eligible for support.

“However, this is an ongoing issue in Aberdeen as there are around 12,000 granite tenement flats in the city, many built over a hundred years ago, and no-one is taking responsibility for the management of ongoing regular maintenance. With slates only lasting around 50 years, most of these properties will be in need of significant roof works so any one of these properties could face the same problems as the residents at Schoolhill. Therefore, it’s important that residents come together to ensure the maintenance of these older buildings.”

Douglas Campbell, project officer for Aberdeen City Heritage Trust, said: “The Trust is grateful for the funding support it receives from Historic Environment Scotland which allows it to make discretionary grant awards towards substantive repairs to traditionally built historic buildings in parts of Aberdeen City Centre.

“This property is a prominent category B listed building designed by Alexander Marshall Mackenzie, better known for his design of the frontage of Marischal College. It has some fine architectural detailing, however, the complex roof required significant work. The Trust was in a position to offer property owners substantial support with repair costs at this difficult time so as to ensure that part of Aberdeen’s granite heritage is conserved.”

Newton Property Management’s Aberdeen office currently oversees factoring for more than 3,000 city properties, 90 of these tenement buildings, and the team in the north has grown its factoring book by 16.1% in the past 12 months.

Ageing tenements is an issue across the whole of Scotland and in 2018 a Scottish Parliamentary Working Group on Tenement Maintenance was launched which highlighted three recommendations: compulsory sinking funds, compulsory owners’ associations, and compulsory five-yearly property inspections.

Nearly a fifth of Scotland’s housing is pre-1919 which accounts for 467,000 homes and 68% of those have disrepair to critical elements with 36% in need of critical and urgent repairs.