The condition of privately owned tenement housing will continue to deteriorate unless the Scottish Government partners with councils and housing associations to arrest the decline, the Glasgow and West of Scotland Forum of Housing Associations (GWSF) has warned. 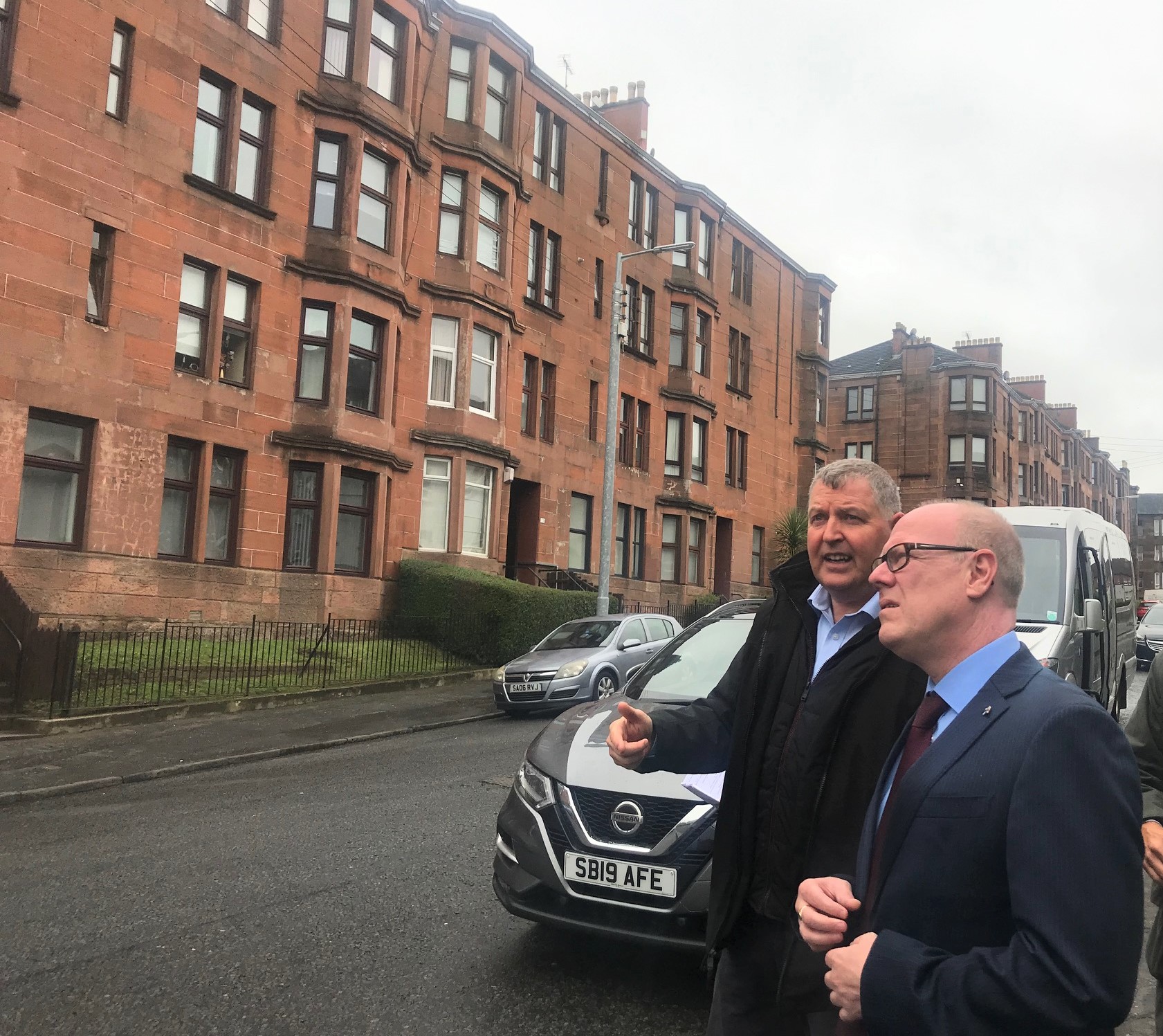 Earlier this week, at the Forum’s invitation, housing minister Kevin Stewart visited Milnbank Housing Association in Glasgow’s East End to look at how close partnership working between the Association and Glasgow City Council has been trying to address disrepair and introduce long term factoring arrangements in fully private blocks.

A combination of Scottish Government energy funding (HEEPS) and council support for owners’ costs has enabled works to the common parts of a number of pre-1919 blocks.

The minister was able to compare and contrast the improved blocks with those where no work had yet been possible.

GWSF director David Bookbinder said: “We really welcome the minister’s willingness to take a first-hand look at the challenges housing associations and their local authority partners are facing. We could quietly ignore what’s happening to private tenements, but community-based housing associations can see that crumbling tenements will steadily lead to an overall decline in the sustainability and desirability of the local area.

“The minister put great emphasis on the value of acquisitions of private flats, funded through the mainstream affordable housing supply programme. This is very welcome, but we were keen to stress to him that there will be many tenement blocks where acquisition isn’t the answer and we have to find ways of working with owners, using the right mix of sticks and carrots.

“History tells us that area-based approaches to tenemental improvement have almost always involved some kind of financial incentive for owners, alongside enforcement measures, but the minister says owners who are private landlords should never receive public funding. We can understand that view and, as a purist principle, most of us would share it. But the reality is that privately owned tenements will fall further and further into disrepair unless a brave and radical funding approach is taken.

“Leaving these blocks as they are will also hit the Scottish Government’s climate change efforts: it would be mad to try to carry out energy efficiency works where the roof and stonework are badly in need of repair.

“The Scottish Government’s recent ‘Housing to 2040’ vision document says that it should be really straightforward for people living in blocks of flats to make improvements and repairs to communal areas. Many housing associations are keen to work with their local council to tackle the challenges, but to do that we need bespoke funding which doesn’t fetter the discretion councils need to help get owners on board.”