The huge scale of the effort by six housing associations to deliver pandemic relief to their communities has been highlighted in a new report. 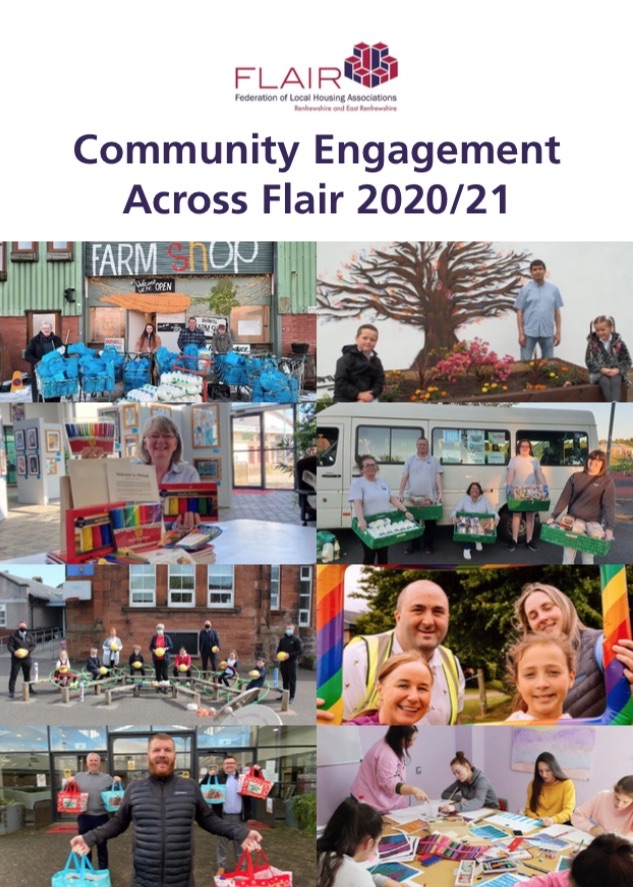 The six – five of which are in Renfrewshire and one in East Renfrewshire - swung into action with financial support to help relieve the unprecedented chaos of the health emergency affecting tenants and the communities they serve.

The Federation of Local Housing Associations (FLAIR) consists of Bridgewater, Ferguslie Park, Williamsburgh, Paisley, Linstone and Barrhead housing associations. It has been on the go for 32 years.

Now they have produced their ‘Community Engagement Across Flair’ annual report setting out exactly what they did to offer a helping hand during the many difficult months of the pandemic.

In a series of eye-catching examples of their inspirational work, they demonstrated the crucial role housing associations have in their communities and the difference they can make.

The work all six did at the height of the pandemic included:

A spokesperson for FLAIR said the help and support was a “powerful reminder of the deep roots each housing association had grown in their communities”.

He said: “The FLAIR group of housing associations are proud of the efforts we made during the pandemic – an emergency which literally turned people’s lives upside down. Job losses, furlough and mental wellbeing all provided huge challenges for families – particularly those who are vulnerable, on low incomes, the isolated and the elderly. We feel very privileged to have been able to help at a time of crisis for so many people.”