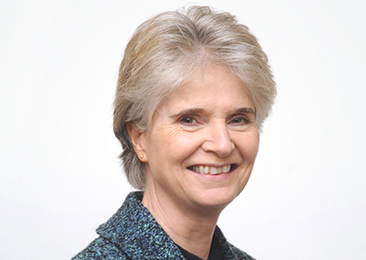 One of Scotland’s leading independent business economists, Ms Armstrong joined the Wheatley board in 2015 and is chair of the group development committee.

She will succeed Alastair MacNish when he retires at the group Annual General Meeting in September.

“I am delighted to be the next chair of such an impressive and successful organisation and look forward to working with my Wheatley colleagues and key strategic partners in implementing our renewed and ambitious five-year strategy, ‘Your Home, Your Community, Your Future’,” Ms Armstrong said.

“We have supported tens of thousands of households in hardship across central and southern Scotland during the pandemic and we are determined to contribute creatively to the country’s recovery. This will involve continuing to build, maintain and invest in great affordable homes and - working with Wheatley Care and Wheatley Foundation - to improve the life opportunities of people living in our communities, wherever and whenever we can.”

Ms Armstrong added: “I would also like to pay tribute to Alastair MacNish’s highly-effective leadership over nine years as a board member, including the last six as chair. In that time, Wheatley has earned a solid reputation as a high-performing organisation, with hugely dedicated staff, and one that puts the people it works for at the centre of decision making and plans for the future.”

Mr MacNish, who received an OBE for services to local government in 2008, is a former chief executive of South Lanarkshire Council and ex-chair of the Accounts Commission and Audit Scotland.

He said: “Jo is a fantastic appointment and was the unanimous choice of the board. I have no doubt Wheatley will continue to set the bar for building award-winning homes and delivering outstanding customer service under her leadership.”

Ms Armstrong’s extensive professional career spans financial services, the Scottish civil service and charitable sector. A panel member of the Competition and Markets Authority, she is a member of the Water Industry Commission for Scotland, chair of hub West Scotland and a member of the IoD Scotland’s Advisory Board. Previously, she chaired OFGEM’s expert panel for its Electricity Network Innovation Fund; was a budget advisor to two Scottish parliamentary committees; an honorary professor of Public Policy at Glasgow University and is a former chair of ENABLE Scotland.