Housing, homelessness and fair work convener, Cllr Kate Campbell, writes about how the City of Edinburgh Council is intervening to help those living in the private rented sector. 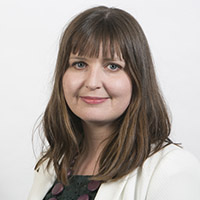 Housing in Edinburgh is under severe pressure. At the Housing, Homeless and Fair Work committee this Thursday we’re looking at what interventions we can make in the private rented sector (PRS) to make sure that the supply of housing in our city is meeting the need.

Over the last two decades the number of households in Edinburgh living in the PRS has doubled to 60,000, making up around 26% of homes. The national average is 15%. This is almost a mirror image of social housing where we have only 14% against a national average of 24%.

So around 10% of households in Edinburgh, who’d be in social housing in another city, are privately renting. In one of the most expensive housing markets in Scotland.

We are delivering one of the most ambitious affordable housebuilding programmes in the country. When you look at these percentages you know why it is needed. But it’s clear that we also need to look at the PRS, using the powers we have now and asking for the ones we think we need.

The most obvious of these is controls over Short Term Lets. It’s estimated that we’ve lost one in ten homes from the PRS to Airbnb style lets in recent years. The basic economics of supply and demand make it clear that this will have impacted on rents and house prices. And there’s evidence of this with rents going up as much as 30% in areas where there are high concentrations of these types of properties.

The council put in a strong response to the Scottish Government’s public consultation. We’re confident that we’ll get the powers we need to properly regulate short term lets, and protect homes and communities.

But there’s more that we can do.

Although homeless presentations have come down overall, we’ve seen an increase in households becoming homeless from the private rented sector. We’re recruiting housing officers in each locality to work with households at risk of homelessness in the PRS. They’ll make sure tenants know their rights, negotiate with landlords and help people to understand the housing options available to them before they become homeless.

We’ve also commissioned Crisis to deliver a project called ‘Help to Rent Edinburgh’. This is, at its core, a rent deposit scheme. But there’s also support to find a home, a flatmate or flat share, help with getting furniture and ongoing tenancy support for both landlords and tenants.

And we’re looking at how to improve the quality and affordability of private rented homes. This includes working with the private sector who are delivering ‘build to rent’ housing at market and mid-market rents. We want to make sure these homes are being built in places that people want to live, deliver on-site affordable housing and increase the supply of good quality, well-managed homes.

We also need the ability to control rents through rent pressures zones (RPZs). We’re working with other local authorities, and the Scottish Government, to develop a methodology for gathering the data to make the case for implementing RPZs.

Housing is a big challenge for Edinburgh, but all these things together will start to make a difference. And making sure that everyone has a home that‘s affordable, safe and warm will continue to be an absolute priority as long as that challenge remains.

This article was originally published in the Edinburgh Evening News.