Kelly Fraser: Coronavirus and general meetings – what do RSLs need to know? 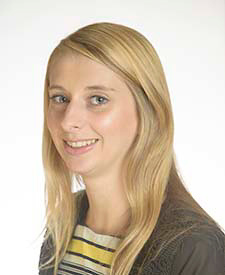 Kelly Fraser offers advice for Registered Social Landlords (RSLs) who may be wondering how to deal with governance issues, including the requirements to convene meetings, during the current coronavirus pandemic.

The main question is whether it is necessary to hold a general meeting. There is no express statutory requirement on RSLs who are registered societies to hold an annual general meeting (AGM) under the Co-operative and Community Benefit Societies Act 2014 (the 2014 Act). If an RSL is incorporated as a company under the Companies Act 2006 (the 2006 Act), the position is the same.

That being said, where your RSL has adopted the SFHA Model Rules from 2015 (the Model Rules) then you will be required to hold an AGM within six months of the end of your financial year. Where RSLs’ financial years end in March / April, this may not have much of an impact but if you are required to hold an AGM or a special general meeting (SGM) in the next few months, what option options are available to you?

The Health Protection (Coronavirus) (Restrictions) (Scotland) Regulations 2020 (the Regulations) came into force on 26 March 2020. Under Regulation 6 of the Regulations, no person may participate in a gathering in a public place of more than two people unless an exception to the general prohibition applies. In our view, none of the exceptions in the Regulations would apply to members of a club attending a general meeting.

This means that if a club proceeds to call a general meeting while the Regulations remain in force and more than two people attend, unless an exception applied, those people would be committing an offence under Regulation 8(1) of the Regulations.

For RSLs incorporated as companies, the model articles of association under the 2006 Act makes provision for company meetings to be held electronically and there is a specific provision to determine attendance at a meeting where two or more members are not in the same place.

In respect of board/committee meetings, the Model Rules prescribe that such meetings can take place in any manner which permits those attending to hear and comment on the proceedings, so the key point is that everyone must be in communication at the same time (even if geographically apart), in order for it to be a valid meeting. Inviting board/committee members to confirm approval of specific matters by way of email is not the valid equivalent of matters being discussed at a meeting, although a written resolution may be passed as per our comments below.

Members of RSLs may appoint a proxy to exercise votes on their behalf whether they are registered under the 2014 Act or incorporated as a company. Under the Model Rules the number required for a quorum includes those members “either present at the venue or represented at the venue”. The representative includes a representative to vote of a member’s behalf by proxy.

Under the 2006 Act, a person who is appointed as a proxy of a member in relation to the meeting will be deemed to be a “qualifying person” for the purposes of determining whether a quorum is in attendance at such meeting. That being said, if your articles of association or constitution expressly exclude proxies from being counted within the number of attendees for a quorum then this may not be an option for you.

Using proxy voting during this time will also be dependent on whether your rules or articles of association limit the number of proxy votes that one person can represent and so it will depend on what your quorum is.

For companies, if your articles of association do not prescribe a quorum then the position under the Companies Act 2006 is that two “qualifying persons” will constitute a quorum for meetings.

Where RSLs seek to use proxy voting as an option for convening a general meeting during the COVID-19 pandemic, you will need to consider whether this method would be seen as fully representative of your membership. There may also be difficulties arising with the reluctance of members to appoint a proxy as RSLs should not mandate the appointment of proxies.

Where there is no viable alternative to holding a general meeting in person due to challenges surrounding COVID-19, you may need to consider whether the best approach is for the meeting to be postponed and convened at a later time.

There are unlikely to be any provisions with your rules or articles of association that would make provision for the postponement of a general meeting, however, these are exceptional circumstances. Public health and safety will need to take precedence and RSLs should be mindful of guidance coming from the Scottish and UK Governments regarding special measures.

In the event that a general meeting is to be postponed, we would recommend that all members are issued with a notice informing them of such postponement and the reasons for this – i.e as a result of COVID-19 measures. In that notice, members should be advised of any associated implications, such as that any officers due to step down or be re-elected will remain in office until the postponed meeting is convened.

We would also recommend that a members’ resolution is proposed for the general meeting when it is convened seeking their retrospective approval of the decision to postpone the meeting. This will allow any members’ objections to be raised now so that you can consider how to handle these.

Decisions required during this time

If there are any particular decisions required in the interim period before a general meeting can be convened, you will need to consider if these decisions would normally require approval of the members. If so, the notice to members suggested above should indicate what these decisions are and that the committee/board will seek members’ retrospective approval at the postponed meeting.

Read all of our articles relating to COVID-19 here.