Kirsty Wells: Why sustainability is more important than ever 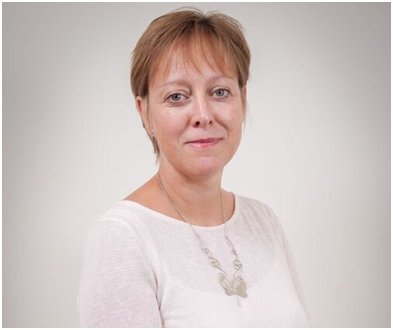 Kirsty Wells from Housemark and WISH Scotland marks Scottish Housing Day by explaining why sustainability is so important in the housing sector.

We’re now living in a state of emergency with climate change causing long-term shifts in temperature and weather patterns across the globe. It’s everyone’s responsibility to take action to combat climate change and the government has set out its mission for the UK to reach zero carbon by 2050.

In Scotland, social landlords have been set the target of ensuring all their stock has a minimum energy performance certificate (EPC) rating of B where possible by 2032. By 2045, over two million homes will need to transition from fossil fuel-based systems to low and zero-emissions systems such as heat pumps, heat networks and other technologies.

This year, Scottish Housing Day has put the focus on sustainability. However, sustainability is not just about the environment and the decarbonisation agenda - we also need to think of sustainable tenancies.

On 6th September, First Minister Nicola Sturgeon announced a rent freeze until March 2023 for both the social and private rented sectors in Scotland. While this goes some way to making tenancies more sustainable and a little more affordable for individuals and families, the impact on investment programmes from landlords in both sectors makes the challenge of meeting environmental targets that little bit harder as business plans will need to be reforecast and private landlords decide whether it makes sense to continue to provide their properties for rent.

The sector faces a maelstrom right now and the challenges facing leadership teams are immense; doing the right thing for tenants, employees and the environment is complex and there are no simple answers.

The Scottish government’s decision is due to the cost-of-living crisis which is affecting millions of households via massive financial pressures and the highest inflation rates in decades, with CPI inflation expected to peak at 14% in Q4. As many household items subject to the highest inflation are essential, people with the least disposable income are hit disproportionately hard – and many of these people live in social housing.

This increase in inflation has been largely driven directly or indirectly by huge increases in fuel prices. Gas and electricity bills are soaring, and many households are feeling the squeeze. The new Prime Minister Liz Truss has now announced a fuel cap of £2,500 a month on energy bills in response to this and a package of support but details are yet to be announced. Without this financial support, 12 million households will be thrown into fuel poverty according to the End Fuel Poverty Coalition campaign group.

The two are intrinsically linked – some of the worst effects of the cost-of-living crisis could be tackled with more energy efficient homes, and housing is more likely to be affordable if it’s efficient. Now more than ever we need to think about the steps needed to make homes more energy efficient, and therefore sustainable to the environment and the people who live in them.

How landlords are taking their first steps towards decarbonisation

Earlier this year Housemark launched a decarbonisation research project with social housing landlords aimed at producing realistic comparable scenarios, showing the cost and benefits of decarbonising existing stock over periods of time. Those involved in the research received a detailed analysis report which included essential insights into decarbonisation comparisons – covering the levels of decarbonisation being considered, the scope of works and landlord timelines.

The report also featured learnings from sector best practice including use of technology, finance and funding models, regeneration and retrofit, along with cost and performance data to help inform decarbonisation strategies and approaches. You can access the free summary report here. This has helped social landlords begin to take the first steps on their decarbonisation journey.